Publishers nominate English-language works by first-time United States novelists. There is a two-tiered selection process for the prize. First, the nominees are read by a network of book lovers (referred to as Common Readers), including librarians, writers, staff, members, and friends of The Center for Fiction, giving rise to a long list of recommended books. Next, the Common Readers’ long list is forwarded to a committee of distinguished American writers, who select a short list, typically comprising five to seven titles, which is publicly announced in the late summer. All finalists are invited to read from their works at a First Novel Fête, and the winning novel is then announced at an awards event — both events usually occurring in December. The winning novelist receives a cash prize of $10,000; each finalist receives $1,000.

The titles in this list are “hotlinked” to the library’s catalog, for all those titles currently owned by the Lincoln City Libraries. For titles not currently owned by our system, please consider requesting them through our Interlibrary Loan service.

Tommy Orange
There, There

Karl Marlantes
Matterhorn: A Novel of the Vietnam War 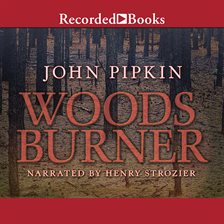