In the Fall of 2022, the Gere Branch Library continued a new type of literary event — “Storytime” for Adults — in which staff from various library locations read aloud from some of their favorite books — poems, short stories, essays, scenes from plays, even children’s picture books. The following are lists of the titles of books from which these Fall 2022 readings were presented.

Regina M., from the Gere and South Branch Libraries, read this 2012 science fiction short story by Ken Liu, which was a finalist for the Nebula and Theodore Sturgeon awards, and which is included in his collection The Paper Menagerie and Other Stories. 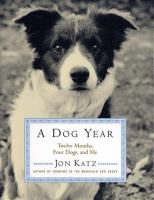 Marcy G., from the South and Gere Branch libraries, read from this 2002 autobiographical memoir by Jon Katz, well-known for his books about dog/human relationships.

The Lion, the Witch and the Wardrobe
by C.S. Lewis (j Lewis)

Regina, from the Gere and South Branch Libraries, read selections from the youth book My Father’s Dragon, but Ruth Stiles Gannett. She also reminded listeners that an adaptation of this classic children’s work will premiere on Netflix on November 11th.

Cindy K., from the Bennett Martin Public Library downtown, read the short story “Back for Christmas” by John Collier, found in the anthology Murder for Christmas, edited by Thomas Godfrey.

Lane G., from the Gere and South Branch Libraries, read two essays from Eat Joy — “Meals of My Twenties” by Carmen Maria Machado, and “What I Ate” by Nick Flynn.

Cat Pictures Please; and Other Stories
by Naomi Kritzer (not in libraries’ collection)

Although this is not in the libraries’ collection, it is freely readable on the ClarkeworldMagazine.com website where it original appeared.

Scott C., from the Bennett Martin Public Library downtown, read the Hercule Poirot short story “The Case of the Missing Will” by Agatha Christie, from 1924, and reminded listeners that the Community Players theatre in Beatrice will be producing the Poirot play “Murder on the Orient Express” in February 2023.