A performing arts high school serves as a backdrop for young love and its aftermath, exposing persistent social issues in a manner that never lets the reader off the hook.

A gifted young man, born into slavery, becomes the conduit for the emancipation of his people in this meditative testament to the power of memory.

The Innocents
by Michael Crummey [Crummey]

On an isolated cove along the Newfoundland coastline, the lives of two orphaned siblings unfold against a harsh, relentless, and unforgiving landscape.

In this vivid and timely portrait of immigration, a young woman summons the courage to carve out a place for herself in 1960s New York.

Everything Inside: Stories
by Edwidge Danticat [Danticat]

This searingly emotional collection explores the complexities of the Haitian diaspora.

A sweeping look at black British life through a symphony of female voices, young and old, conventional and iconoclastic.

This debut collection captures and preserves the beauty in the lives of Latinas of Indigenous descent working through change, violence, love, and family in a gentrifying Denver and the American West.

This stylistically complex novel opens in 1990s Kansas and delves into themes including relationships, aggression, and masculinity.

A summer road trip captures a moment when both a country and a family are in danger of splitting in two in this meditation on the immigration crisis and the role of artists bearing witness.

This is the story of an English village, three people, and a child around which everything revolves. Inventive, raw and insightful, it is more to be experienced than just read.

Two Irish high school students take up an intense relationship that wavers between love and friendship as they move on to college. The deceptively simple style plumbs the depths of human nature in a coming-of-age story of uncommon grace and power.

In a letter from a son to his mother who cannot read, Little Dog unearths a family’s history rooted in Vietnam, also revealing his journey of self-discovery.

This powerful and unforgiving portrait of a school for boys in Florida sheds light on the cruel and dehumanizing legacy of the Jim Crow Era.

An examination of aging and the human condition, this call to action challenges the U.S. medical system to rethink how to care for patients.

A memoir of family love, striving and loss in New Orleans East that exemplifies humanity and injustice.

Thick: and Other Essays
by Tressie McMillan [Biography Cottom]

A bold, new voice combines theory and the everyday to explore race, feminism, and culture.

A Good Provider Is One Who Leaves: One Family and Migration in the 21st Century
by Jason DeParle [305.8 PhiYd]

Experiencing cultural differences, long separations and triumphs, a group of Filipinos leave their families and homes behind for better jobs in other countries, including the United States.

Mama’s Last Hug: Animal Emotions and What They Tell Us About Ourselves
by Franz De Waal [599.885 Waa]

Readers are led through research showing that other living creatures have their own range of emotions.

Midnight in Chernobyl: The Untold Story of the World’s Greatest Nuclear Disaster”
by Adam Higginbotham [363.179 Hig]

Extensive investigation and access to new materials paint a full picture of the worst man-made accident to date, including corruption, incompetence, inexperience, secrecy, courage and heroism.

Say Nothing: A True Story of Murder and Memory in Northern Ireland”
by Patrick Radden Keefe [364.152 Kee]

In this fascinating blend of true crime and history, the kidnapping of a widowed mother is the starting point for the investigation of the IRA during the conflict known as The Troubles.

An exploration into underground worlds, from the human made to the natural, and how they connect to our myths, beliefs, and rituals.

An exquisite essay collection reflects on family, place and the amazement of nature.

The Uninhabitable Earth: Life After Warming
by David Wallace-Wells [304.28 Wal]

A dive into the climate apocalypse illuminates the myriad devastations that await us.

The Impeachers: The Trial of Andrew Johnson and the Dream of a Just Nation
by Brenda Wineapple [973.81 Win]

Congress enacts the first trial of a President after he refuses to enforce the laws and legislation for post-Civil War reconstruction, including equal rights for freed slaves.

The Tradition
by Jericho Brown [811 Bro] 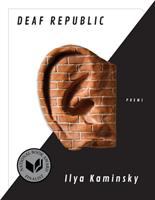 This single narrative begins with a soldier shooting a deaf boy and the gunshot rendering the occupied town deaf.