To provide some context, Dan’s book talk was a bit “roundabout and tangential.” Here are some blurbs from him regarding the books he discussed, in the order in which they were presented: 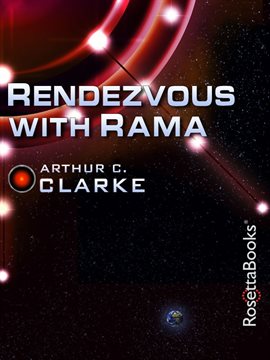 I started this booktalk with a note about the “Wagon Train to the Stars” background to American sci-fi, as opposed to “speculative literature” emphasis that was often applied to H.G. Wells and Jules Verne, and how Clarke was a pioneer in what would later be called “hard sci-fi,” science fiction grounded in specific scientific speculation on given knowledge.

A contemporary Welsh author with strong roots in the near term, hard sci-fi tradition similar to that of Clarke.

Another popular Scottish author in the mystery genre, leading into…

A friend of Ken McLeod, who is in some ways the protege of Iain Banks, we finally arrive at contemporary Scottish Sci-Fi, in this case a near term future mystery involving contemporary gaming and technology themes.

Perhaps the best known and most influencial of Stross’ work to this point, another near future work dealing with the transition from contemporary society into Singularity.

A short story collection, featuring Stross’ take on Lovecraftian horror from an advanced technology perspective as well as the title story with Cory Doctorow dealing with how technology rights affect other human rights issues.

My personal favorite regarding of Stross’ fiction, a post-Singularity story involving differing elements in a human diaspora across nearby space.

The Star Fraction
by Ken MacLeod

Another classic involving the politics of humanity in relation to its attempts to reach the stars.

Following in the theme and footsteps ofa The Star Fraction. A Prometheus Award winner for Best Libertarian Science Fiction Novel of the Year.

Learning the World
by Ken MacLeod

A departure from earlier works in flavor to some extent; moving more toward an Arthur C. Clarke near-future set-in-space theme.

A stand alone work set in a fairly familiar human society left behind by their more advanced brethren, written in a “txt-speak” style for one of the main protagonists.

Arriving at my favorite series by my favorite author, this book starts The Culture series of books in a very movie-script flavor; an introduction to The Culture and a break into the sci-fi business.

Player of Games
by Iain Banks

Considered by many a good starting place for reading The Culture series, and one of my favorites.

Use of Weapons
by Iain Banks

Weaving two strands of the same story, one forward in time and one backward, this book includes some of the darker elements Banks is known for in his non-science fiction work; another excellent tale and perspective on The Culture.

Giving the perspective of machine minds with The Culture; a British Science Fiction Award winner.

Look to Windward
by Iain Banks

Considered by many to be a re-write of Consider Phlebas from the advantages of a more experienced author, this tale of loss, revenge, and The Culture is also considered by many a solid starting point for immersion into the series.

The book that put Iain Banks’ The Culture series in front of the eyes of many Americans, and his latest book in that series.

“As for the intellectual property, I try not to get too worked up about it. There’s a lot of people angsting about piracy and copying of stuff on the Internet, publishers who are very, very worried about the whole idea of ebook piracy. I like to get a little bit of perspective on it by remembering that back before the Internet came about, we had a very special term for the people who buy a single copy of a book and then allow all their friends to read it for free. We called them librarians.” — Charles Stross, August 2009