Home of the Brave
by Katherine Applegate [j Applegate]

Kek, an African refugee, is confronted by many strange things at the Minneapolis home of his aunt and cousin, as well as in his fifth grade classroom, and longs for his missing mother, but finds comfort in the company of a cow and her owner.

Inside Out and Back Again
by Thanhha Lai [j Lai]

Through a series of poems, a young girl chronicles the life-changing year of 1975, when she, her mother, and her brothers leave Vietnam and resettle in Alabama.

Out of the Dust
by Karen Hesse [jPB Hesse]

In a series of poems, fifteen-year-old Billie Jo relates the hardships of living on her family’s wheat farm in Oklahoma during the dust bowl years of the Depression.

Thirteen-year-old Mina Tagawa and her Japanese-American family are forced to evacuate their Seattle home and are relocated to an internment camp in Idaho, where they live for three years.

Growing up in 1960s Hong Kong, a young girl dreams of becoming a writer in spite of conventional limits placed on her by society and family. 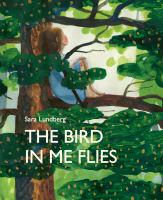 The Bird in Me Flies
by Sara Lundberg [j Lundberg]

What do you do when it feels impossible to live up to everything expected of you? When the only person who understands you disappears? When you are young and long for something that seems out of reach? Berta dreams of being an artist, but as a girl growing up in a small Swedish farming village in the 1920s, she has little hope. She finds solace in nature, and in drawing and shaping birds from clay for her mother, the only person who seems to truly understand her. When her mother succumbs to tuberculosis, Berta feels alone, in despair and even more burdened by all the work on the farm. Can she find the courage to defy her father and the social conventions of her time, and fly free? This beautifully illustrated novel in verse, inspired by the paintings, letters and diaries of Swedish artist Berta Hansson (1910-1994), is a universal story of grief, longing and following your dreams. Includes an afterword by journalist Alexandra Sundqvist.

The Singing Creek Where the Willows Grow: The Rediscovered Diary of Opal Whiteley
by Opal Stanley Whiteley [B W586]

Long before environmental consciousness became popular, a young nature writer named Opal Whiteley captured America’s heart. Opal’s childhood diary, published in 1902, became an immediate bestseller, one of the most talked-about books of its time. Wistful, funny, and wise, it was described by an admirer as “the revelation of the …life of a feminine Peter Pan of the Oregon wilderness—so innocent, so intimate, so haunting, that I should not know where in all literature to look for a counterpart.”

But the diary soon fell into disgrace. Condemning it as an adult-written hoax, skeptics stirred a scandal that drove the book into obscurity and shattered the frail spirit of its author.

Discovering the diary by chance, bestselling author Benjamin Hoff set out to solve the longstanding mystery of its origin. His biography of Opal that accompanies the diary provides fascinating proof that the document is indeed authentic — the work of a magically gifted child, America’s forgotten interpreter of nature.

Keet knows the only good thing about moving away from her Alabama home is that she’ll live near her beloved grandfather. When Keet starts school, it’s even worse than she expected, as the kids tease her about her southern accent. Now Keet, who can ‘talk the whiskers off a catfish,’ doesn’t want to open her mouth. Slowly, though, while fishing with her grandfather, she learns the art of listening. Gradually, she makes her first new friend. But just as she’s beginning to settle in, her grandfather has a stroke, and even though he’s still nearby, he suddenly feels ever-so-far-away. Keet is determined to reel him back to her by telling him stories; in the process she finds her voice and her grandfather again. This lyrical and deeply emotional novel-in-verse celebrates the power of story and of finding one’s individual voice.

After a “rotten bad year” on the mainland, eleven-year-old Jett returns to Newfoundland to spend the summer with his sprightly Grandma Jo (whose hair is dyed cotton candy blue to match her house), bringing along a shameful secret involving the betrayal of a friend. As summer unfolds, Grandma Jo nurtures in Jett his sense of caring for others while giving him space to breathe. Jett finds himself examining memories of his past like bits of sea glass-arranging them in a way he can make sense of as he struggles to come to terms with past mistakes. A powerful and engaging narrative, composed of artfully wrought vignettes, Ebb & Flow washes over the reader, pulling them into the mystery of what happened to Jett on the mainland, and into his journey to redemption.

Before the Ever After
by Jacqueline Woodson [j Woodson]

ZJ’s friends Ollie, Darry and Daniel help him cope when his father, a beloved professional football player, suffers severe headaches and memory loss that spells the end of his career.

Apple: Skin to the Core: A Memoir in Words and Pictures
by Eric Gansworth [YA Biography Gansworth]

The term “Apple” is a slur in Native communities across the country. It’s for someone supposedly “red on the outside, white on the inside.” Eric Gansworth is telling his story in Apple: Skin to the Core. The story of his family, of Onondaga among Tuscaroras, of Native folks everywhere. From the horrible legacy of the government boarding schools, to a boy watching his siblings leave and return and leave again, to a young man fighting to be an artist who balances multiple worlds. Eric shatters that slur and reclaims it in verse and prose and imagery that truly lives up to the word heartbreaking.

Swing
by Kwame Alexander [YA Alexander]

The Firefly Letters: A Suffragette’s Journey to Cuba
by Margarita Engel [YA Engel]