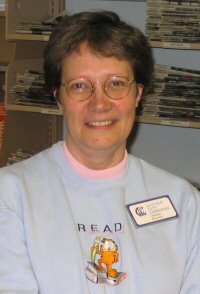 Dead Wrong
by J.A. Jance
[Arizona] New addition to this list for the October booktalks.

Night of the Twisters
by Ivy Ruckman
[Grand Island, NE]

Although the Lincoln City Libraries no longer owns this title, Charlotte recommends tracking it down, either as the original book (1950) or as the 1981 mini-series adaptation starring Bryan Brown. Both would be available through the libraries’ InterLibrary Loan service.

Lars and the Real Girl
by [DVD Lars] [Northern Great Plains] New addition to this list for the October booktalks.