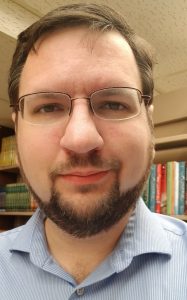 Garren presented his booktalk with an accompanying Powerpoint slide show. You can see this slideshow as a multi-page PDF by clicking here.

Garren has reviewed several of these books individually for the Staff Recommendations pages here on BookGuide, as have other staff reviewers. You can read those specific reviews at the links listed after the titles in this list below.

Parable of the Sower
by Octavia Butler (Butler)

“The only lasting truth is Change.”

“Souls are cheap. The trick is finding the right soul.”

“I wish some one would write a book about a plain, bad heroine so that I might feel in real sympathy with her.” — The Story of Mary MacLane, 1901

“Some things remain mysterious even if you think about them all the time.”

We Need a New Atlas

“You will take away my small stockpile of PO49 watercolors over my dead body.”

“I am suffering from fascination burnout. Of all the things that are fascinating, I have to choose just one or two.”

“Home is what you take with you, not what you leave behind.”

“Sometimes the ones we call our heroes are the greatest monsters of all.”

“My mother once said that fear is like a man who, once burned, is afraid of a glow worm.”

“I’m going to be his beautiful, sultry concubine. And then I’m going to rip his throat open in his sleep.”

“A grin, Zanj had always felt personally, was more a state of mind than a set of the lips.”

“I decided that Orion needed to die after the second time he saved my life.”

“This book is dedicated to anyone who has every fallen in love with a culture that was devouring their own.”

“As a heartless killing machine, I was a terrible failure.”

Deal With the Devil
by Kit Rocha (Rocha)

“Supposedly, there are seven bunkers in cities around the country, each one containing the entire digitized contents of the Library of Congress on multiple servers.”

“It’s not funny. I’ve got a naked drunk vampire running around in my orchard.”

“The capital was set aflame, too, and so was its library. All except for one small part.”

“Two memories. Two bright minds which remember past events differently. It is an awkward situation. There exists no third person to say which of us is correct.”

“I want to meet you in every pace I ever loved. I would rather break the world than you.”

Pet
by Akwaeke Emezi (YA Emezi)

“You have to learn that things might not be real, even if they look familiar.”

“It was easy to kiss someone when it didn’t matter.” 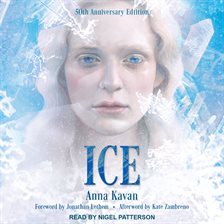 “Fear was the climate she lived in.”

My Heart is a Chainsaw
by Stephen Graham Jones (Jones)

“Not that she would run. She’d never taken a wound to the back in her life and she wasn’t starting now.”

The Friends We Made Along the Way

Once & Future
by Amy Rose Capetta and Cori McCarthy (YA Capetta)

“Most boys believe they should be heroes: the stories told them so.”

Raybearer
by Jordan Ifueko (YA Ifueko)

The Long Way to a Small, Angry Planet
by Becky Chambers (Chambers)

“I can wait for the galaxy outside to get a little kinder.”