The Alex Awards are given to ten books written for adults, that have special appeal to young adults, ages 12-18.

Every Heart a Doorway
by Seanan McGuire [McGuire]

Down Among the Sticks and Bones
by Seanan McGuire [McGuire]

All Systems Red
by Martha A Wells [YA PB Wells]

The William C. Morris YA Debut Award, first given in 2009, honors a book published by a first-time author writing for teens and celebrating impressive new voices in young adult literature.

Saints and Misfits
by S.K. Ali [YA Ali]

Devils Within
by S.F. Henson [YA Henson]

★ The Hate U Give
by Angie Thomas [YA Thomas]

Eyes of the World: Robert Capa, Gerda Taro and the Invention of Modern Photojournalism
by Marc Aronson and Marina Budhos [j070.49 Aro] 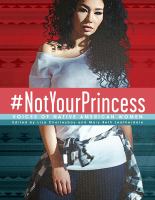 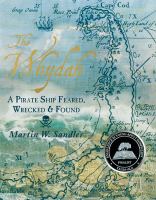 The 57 Bus: A True Story of Two Teenagers and the Crime That Changed Their Lives
by Dashka Slater [j364.155 Sla]

The Michael L. Printz Award is an award for a book that exemplifies literary excellence in young adult literature.

★ We Are Okay
by Nina LaCour [YA Lacour]

Long Way Down
by Jason Reynolds [YA Reynolds]

The Hate U Give
by Angie Thomas [YA Thomas]

Strange the Dreamer
by Laini Taylor [YA Taylor]

This annual award will be given to the producer of the best audiobook produced for children and/or young adults, available in English in the United States.

★ The Hate U Give
by Angie Thomas [YA Thomas]

La Belle Sauvage: The Book of Dust, Vol. 1
by Philip Pullman [YA Pullman]

Long Way Down
by Jason Reynolds [YA Reynolds]

The Bear and the Nightingale
by Katherine Arden [Arden]

The Immortalists
by Chloe Benjamin [Benjamin]

Future Home of the Living God
by Louise Erdrich [Erdrich]

Before We Were Yours
by Lisa Wingate [Wingate]