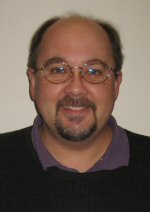 Listen to this booktalk as an audio podcast!

Brown Girl in the Ring
by Nalo Hopkinson

Harry Dresden is a practising wizard in the city of Chicago, working as a private investigator and a consultant to the police on cases with paranormal influences.

Dead Until Dark
[first volume in the series]

Tales of a telepathic small-town barmaid and the various members of the paranormal communities in Louisiana that she gets involved with.

Harper Connelly has the ability to find dead people…whether she wants to or not.

John Taylor has a particular talent for “finding things”. That’s because he’s from the Nightside, the underbelly of reality, where all the dark things from people’s nightmares have timeshares.

Mercy Thompson is a native american shapeshifter, who was raised by a clan of werewolves. She thought settling into Washington state’s tri-cities would allow her to live a normal life as an auto mechanic. She wasn’t counting on the werewolves and vampires pulling her into their territorial squabbles.

Kitty and the Midnight Hour
[first volume in the series]

Kitty Norville is a werewolf…with a late-night Denver radio talk show, and some baggage of her own.

In a world that’s slightly “alternate history”, Rachel Morgan is a witch, working as the equivilant to a bounty hunter — bringing in the non-humans who break the rules in an uneasy coexistance with a resentful humanity.

Working for the Devil
[first volume in the series]

Lilith is sort of a “bounty hunter/assassin” for the Devil, reluctantly working to track down rogue demons and the like, while being accompanied by one of the Devil’s own hand-picked assassins, who’s to kill her if she fails her missions.