This is a booklist created by Gere Branch library staff to accompany the stage production of 9 to 5: The Musical at Gere’s neighbor, The Lincoln Community Playhouse.

9 to 5 The Musical, with music and lyrics by Dolly Parton and book by Patricia Resnick, is based on the seminal 1980 hit movie, which starred Parton, Jane Fonda, Lily Tomlin, and Dabney Coleman. Set in the late 1970s. this hilarious story of friendship and revenge in the Rolodex era is outrageous, thought-provoking and even a little romantic.

Pushed to the boiling point, three female coworkers concoct a plan to get even with Franklin Hart, the sexist, egotistical, lying, hypocritical bigot they call their boss. In a hilarious turn of events, Violet, Judy and Doralee live out their wildest fantasy – giving their boss the boot! While Hart remains “otherwise engaged,” the women give their workplace a dream makeover, taking control of the company that had always kept them down. Hey, a girl can scheme, can’t she?

Reading and Viewing Recommendations for fans of 9 to 5: The Musical

Dolly: My Life and Other Unfinished Business
by Dolly Parton [781.642 Par] 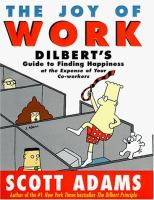 The Joy of Work: Dilbert’s Guide to Finding Happiness at the Expense of your Co-Workers
by Scott Adams [650.1 Ada]

Dilbert devotees should enjoy Adams’s compendium of advice on office life, subterfuge and pranks. Take his grid that identifies boss types along the axes of capable/incompetent and harmless/evil: with a boss who is both capable and harmless, be sure to delegate upward.

Taking up where other business and personal finance books leave off, Z.E.O. provides nuts-and-bolts instructions for taking the inspirational aspects of zombies and adopting them to maximize your own personal effectiveness. Sure, you might have to knock a few heads and eat a few brains along the way, but that doesn’t stop a zombie. Why should it stop you?.

Lavishly illustrated with Dilbert strips, these hilarious essays on incompetent bosses, management fads, bewildering technological changes and so much more, will make anyone who has ever worked in an office laugh out loud in recognition.. 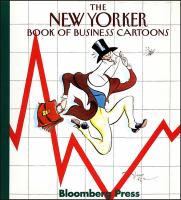 Spanning the years from 1938 to 1998, this delightful collection of cartoons about business features the cartoons of many of America’s favorite cartoonists.

Bob Howard is a computer-hacker desk jockey, who has more than enough trouble keeping up with the endless paperwork he has to do on a daily basis. He should never be called on to do anything remotely heroic. But for some reason, he is.

Charlie Asher is a pretty normal guy with a normal life, married to a bright and pretty woman who actually loves him for his normalcy. They’re even about to have their first child. Yes, Charlie’s doing okay—until people start dropping dead around him, and everywhere he goes a dark presence whispers to him from under the streets. Charlie Asher, it seems, has been recruited for a new position: as Death.

Love in a Nutshell
by Janet Evanovich [Evanovich]

Kate Appleton needs a job. Her husband has left her, she’s been fired as a magazine editor, and she’s got nothing left but the Nutshell—her parents’ summer house in Keene’s Harbor, Michigan. Kate hopes to turn the Nutshell into a bed-and-breakfast. Problem is, she needs cash, and the only job she can find involves beer and espionage.

The character David Foster Wallace is introduced to the banal world of the IRS Regional Examination Center in Peoria, Illinois, and the host of strange people who work there, in a novel that was unfinished at the time of the author’s death.

Unlike most teenaged boys, Teppic isn’t chasing girls and working at the mall. Instead he’s just inherited the throne of the desert kingdom of Djelibeybi. It’s bad enough being new on the job, but Teppic hasn’t a clue as to what a pharaoh is supposed to do. After all, he’s been trained at Ankh-Morpork’s famed assassins’ school, across the sea from the Kingdom of the Sun.

Betty Suarez isn’t like any of her coworkers at Mode, a high-fashion magazine. She’s smart, sweet, and hardworking, but she’s not thin and beautiful. As the publisher’s son’s secretary, she earns his respect as she guides him through the world of fashion. -There are four seasons of this TV show .

Based on the popular British series of the same name, the American version follows the daily interactions of a group of idiosyncratic office employees at the Scranton, Pa. office of the Dunder Mifflin paper supply company via a documentary film crew’s cameras. Features earnest, but clueless, regional manager Michael Scott, who believes himself an exceptional boss, and his office staff, who tolerate Michael’s inappropriate behavior only because he signs their paychecks. 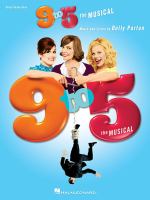 9 to 5: The Musical — The Soundtrack
[Hoopla Digital Music]

Soundtrack album of the stage musical 9 to 5 — available through the libraries’ Hoopla digital music service.