A booklist for: A Little House Christmas

This is a booklist created by Gere Branch library staff to accompany the stage production of A Little House Christmas at Gere’s neighbor, The Lincoln Community Playhouse.

A Little House Christmas is adapted by James DaVita for the stage, from the beloved series of novels by Laura Ingalls Wilder. It focuses on Laura Ingalls’ family’s experiences during a stormy Christmas holiday on the plains, and how hardships cause you to value what you have — friends and family. Take a break from the consumerism and commercialism of the modern Christmas chaos to appreciate the holiday in a simpler setting.

Reading and Viewing Recommendations for fans of A Little House Christmas: 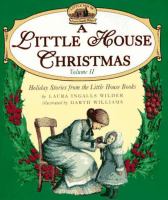 The follow-up to the best-selling A Little House Christmas, here’s another chance to celebrate the special magic of the merry Christmases Laura and her family shared by the shores of Silver Lake, and during the happy golden years in De Smet, as well as Almanzo’s special Christmas days spent in upstate New York. With foil-stamped and embossed title type, a Christmasy green background and holly border, lavish cream-colored paper, and full-color Garth Williams cover and interior artwork, here’s a classic Christmas story collection that will be treasured year after year.

The sixth book in Laura Ingalls Wilder’s treasured Little House series, and the recipient of a Newbery Honor.

The fledgling town of De Smet in the Dakota Territory is hit hard by the brutal winter of 1880-1881. Laura, Pa, Ma, Mary, Carrie, and little Grace face the winter as best they can, but soon, blizzards have covered the town in snow that piles up to the rooftops, cutting the town off from supplies and trade. Food stores begin to run dangerously low. To save the town from starvation, young Almanzo Wilder and a friend brave the conditions, set off across the prairie in search of wheat, and return victorious. The town is saved, and the townspeople share in an unusual, but joyful, Christmas celebration. 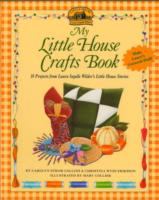 In her beloved Little House books, Laura Ingalls Wilder tells of her pioneer childhood growing up on the American frontier. Because their resources were limited, Laura and her family had to make most of their own household items, using whatever materials were available. Now, with My Little House Crafts Book, you can share in Laura’s pioneer days by learning how to make the same things that she and her family made for their little homes on the frontier. Inside this book are easy, step-by-step instructions for 18 crafts straight from the pages of Laura’s Little House books. With just a few simple supplies, you’ll be on your way to making fun and useful pioneer crafts that you’ll cherish forever. 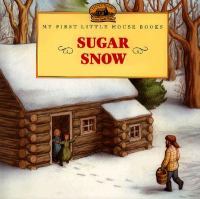 Laura Ingalls Wilder’s Little House books, based on her own childhood and later life, are still beloved classics almost a century after she began writing them. Now young readers will see just how similar Laura’s true-life story was to her books. Born in 1867 in the “Big Woods” in Wisconsin, Laura experienced both the hardship and the adventure of living on the frontier. Her life and times are captured in engaging text and 80 black-and-white illustrations.

Jonah Hook was a man who had lost everything a man could lose–but the iron will to reclaim what had been taken from him. Now he must confront the fiery religious heretic who has enslaved his wife and the fierce Comanche tribe who has raised his long-lost sons. From Fort Laramie, land of Sioux and Cheyenne, to the empire of the Mormons in the shadow of tall mountains, and on to the Texas panhandle, where he will join the ranks of the Texas Rangers, the journey ahead will test Jonah’s courage, cunning, and endurance to the limit. On this bloody trail of rescue and revenge, nothing will stop him save success…or death.

Seasons of the Tallgrass Prairie: A Nebraska Year
by Paul Johnsgard [577.44 Joh]

Johnsgard crafts essays featuring snow geese, owls, hummingbirds, and other creatures against the backdrop of Great Plains landscapes. He describes prairie chickens courting during predawn hours and the calls of sandhill cranes; he evokes the magic of lying upon the prairie, hearing only the sounds of insects and the wind through the grasses. From reflections following a visit to a Pawnee sacred site to meditations on the perils facing the state’s finite natural resources, Seasons of the Tallgrass Prairie celebrates the gifts of a half century spent roaming Nebraska’s back roads, trails, and sometimes-forgotten places.

Thousands of impoverished Northern European immigrants were promised that the prairie offered “land, freedom, and hope.” The disastrous blizzard of 1888 revealed that their free homestead was not a paradise but a hard, unforgiving place governed by natural forces they neither understood nor controlled, and America’s heartland would never be the same.

In a blinding blizzard a schoolbus overturns and a young teacher, her seven pupils, and the driver–a mere boy–are stranded in the open country, miles and miles from the nearest ranchhouse. Thus Mari Sandoz introduces a situation that will stretch the limits of human endurance.

Homesteading the Plains: Towards a New History
by Richard Edwards [978 Edw]

Homesteading the Plains offers a bold new look at the history of homesteading, overturning what for decades has been the orthodox scholarly view. The authors begin by noting the striking disparity between the public’s perception of homesteading as a cherished part of our national narrative and most scholars’ harshly negative and dismissive treatment.

Homesteading the Plains reexamines old data and draws from newly available digitized records to reassess the current interpretation’s four principal tenets: homesteading was a minor factor in farm formation, with most Western farmers purchasing their land; most homesteaders failed to prove up their claims; the homesteading process was rife with corruption and fraud; and homesteading caused Indian land dispossession. Using data instead of anecdotes and focusing mainly on the nineteenth century, Homesteading the Plains demonstrates that the first three tenets are wrong and the fourth only partially true. In short, the public’s perception of homesteading is perhaps more accurate than the one scholars have constructed. 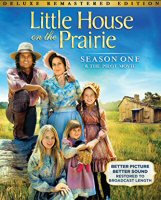 Best known for its life-affirming lessons and heartwarming adventures, Little House on the Prairie made its TV debut in 1974 and significantly altered the landscape of television. Loyal fans will relive these exciting and touching adventures, while new viewers will discover the Ingalls’ unconquerable courage to build a new life.