A booklist for: An Oscar Wilde Festival

This is a booklist created by Gere Branch library staff to accompany the stage productions of The Importance of Being Earnest and Gross Indecency: The Three Trials of Oscar Wilde at Gere’s neighbor, The Lincoln Community Playhouse.

The Importance of Being Earnest is, perhaps, Irish playwright Oscar Wilde’s best known stage work. It premiered on the London stage in February 1895, and has been a a popular play for theaters both professional and amateur ever since. It is a comical farce, in which Wilde makes merciless fun of the social conventions of the Victorian era, with mocking satire of the class system, marriage, relationships, family, death, behavior and social propriety. Four months after the premiere of “The Importance of Being Earnest”, Oscar Wilde found himself in the British court system, pressing a libel case against the Marquis of Queensbury for having been accused of being a “posing sodomite”. Wilde’s libel case backfired, and he soon found himself on trial (twice) for the Victorian era crime of Gross Indecency (homosexuality). He was ultimately convicted, and imprisoned for two years of hard labor. His career and personal life were basically destroyed, and although he wrote essays, he never wrote for the stage again. Wilde’s life at the time of the trials is featured in Gross Indecency: The Three Trials of Oscar Wilde, by Moises Kaufman, a 1997 stage play that taps into the court transcripts, journals of those involved in the trials, and the popular news coverage of the 1895-96 trials.

The Lincoln Community Playhouse is featuring both plays, alternating in An Oscar Wild Festival, in late January and early February, 2020.

Recommendations for those interested in Oscar Wilde’s life and works:

The biography sensitive to the tragic pattern of the story of a great subject: Oscar Wilde – psychologically and sexually complicated, enormously quotable, central to a alluring cultural world and someone whose life assumed an unbearably dramatic shape. 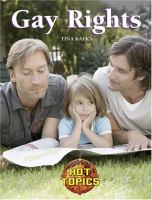 Discusses the history and importance of the struggle for gay rights in such areas as the military, the workplace, the family, and the treatment of AIDS.

The Importance of Being Earnest
by Oscar Wilde [822 Wil]

The Importance of Being Earnest, A Trivial Comedy for Serious People is a play by Oscar Wilde. First performed on 14 February 1895 at the St James’s Theatre in London, it is a farcical comedy in which the protagonists maintain fictitious personæ to escape burdensome social obligations. Working within the social conventions of late Victorian London, the play’s major themes are the triviality with which it treats institutions as serious as marriage, and the resulting satire of Victorian ways. Contemporary reviews all praised the play’s humour, though some were cautious about its explicit lack of social messages, while others foresaw the modern consensus that it was the culmination of Wilde’s artistic career so far. Its high farce and witty dialogue have helped make The Importance of Being Earnest Wilde’s most enduringly popular play. The successful opening night marked the climax of Wilde’s career but also heralded his downfall. The Marquess of Queensberry, whose son Lord Alfred Douglas was Wilde’s lover, planned to present the writer with a bouquet of rotten vegetables and disrupt the show. Wilde was tipped off and Queensberry was refused admission. Soon afterwards their feud came to a climax in court, where Wilde’s homosexual double life was revealed to the Victorian public and he was eventually sentenced to imprisonment. His notoriety caused the play, despite its early success, to be closed after 86 performances. After his release, he published the play from exile in Paris, but he wrote no further comic or dramatic work..

A collection of four of Oscar Wilde‘s masterpieces (The Importance of Being Earnest, The Picture of Dorian Gray, An Ideal Husband. and Lady Windermere’s Fan), and a 1995 documentary about his life, his relationship with Alfred Douglas and the trials that destroyed his career. Includes reflections by Wilde‘s grandson Merlin Holland, and Douglas’ grandniece Alice Douglas.

Lovers of historical mysteries will relish this chilling Victorian tale based on real events and cloaked in authenticity. The first in a series of fiendishly clever historical murder mysteries, it casts British literature’s most fascinating and controversial figure as the lead sleuth.

A young artist’s model has been murdered, and legendary wit Oscar Wilde enlists his friends Arthur Conan Doyle and Robert Sherard to help him investigate. But when they arrive at the scene of the crime they find no sign of the gruesome killing–save one small spatter of blood, high on the wall. Set in London, Paris, Oxford, and Edinburgh at the height of Queen Victoria’s reign, here is a gripping eyewitness account of Wilde’s secret involvement in the curious case of Billy Wood, a young man whose brutal murder served as the inspiration for The Picture of Dorian Gray. Told by Wilde’s contemporary–poet Robert Sherard–this novel provides a fascinating and evocative portrait of the great playwright and his own “consulting detective,” Sherlock Holmes creator, Arthur Conan Doyle.

Includes the following works: Novels–The Portrait of Dorian Gray; Plays–Salome and The Importance of Being Earnest; Writings–De Profundis, Critic as Artist, and Phrases and Philosophies for the Use of the Very Young; and selections from Lady Windermere’s Fan, An Ideal Husband, and A Woman of No Importance.

Marcus has 45 people with some connection to the gay and lesbian rights movement tell their story. Arrangement is chronological, in five sections representing the first discussion groups and organizations following WW II, the rise of the “homophile” movement of the 1960s, the turbulent years of “gay liberation” (1968-1973), the broadening of the movement and the backlash (1973-1981), and the years since AIDS was first identified.

Oscar Wilde: A Certain Genius
by Barbara Belford [B W648be]

In this elegant and affectionate biography of one of the most controversial personalities of the nineteenth century, Barbara Belford breaks new ground in the evocation of Oscar Wilde’s personal life and in our understanding of the choices he made for his art. Published for the centenary of Wilde’s death, here is a fresh, full-scale examination of the author of The Importance of Being Earnest and The Picture of Dorian Gray, a figure not only full of himself but enjoying life to the fullest. Based on extensive study of original sources and animated throughout by historical detail, anecdote, and insight, the narrative traces Wilde’s progression from his childhood in an intellectual Irish household to his maturity as a London author to the years of his European exile. Here is Wilde the Oxford Aesthete becoming the talk of London, going off to tour America, lecturing on the craftsmanship of Cellini to the silver miners of Colorado, condemning the ugliness of cast-iron stoves to the ladies of Boston. Here is the domestic Wilde, building sandcastles with his sons, and the generous Wilde, underwriting the publication of poets, lending and spending with no thought of tomorrow. And here is the romantic Wilde, enthralled with Lord Alfred Douglas in an affair that thrived on laughter, smitten with Florence Balcombe, flirting with Violet Hunt, obsessed with Lillie Langtry, loving Constance, his wife. Vividly evoked are the theatres, clubs, restaurants, and haunts that Wilde made famous. More than previous accounts, Belford’s biography evaluates Wilde’s homosexuality as not just a private matter but one connected to the politics and culture of the 1890s. Wilde’s timeless observations, which make him the most quoted playwright after Shakespeare, are seamlessly woven into the life, revealing a man of remarkable intellect, energy, and warmth. Too often portrayed as a tragic figure–persecuted, imprisoned, sent into exile, and shunned–Wilde emerges from this intuitive portrait as fully human and fallible, a man who, realizing that his creative years were behind him, committed himself to a life of sexual freedom, which he insisted was the privilege of every artist. Even now, we have yet to catch up with the man who exhibited some of the more distinguishing characteristics of the twentieth century’s preoccupation with fame and zeal for self-advertisement. Wilde’s personality shaped an era, and his popularity as a wit and a dramatist has never ebbed. 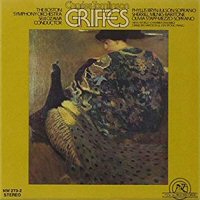 Four Impressions are four Impressionistic art songs for voice and piano that Charles Griffes wrote between the years of 1912 – 1915. The names of the songs are in French; however, the texts are in English and written by poet Oscar Wilde (1854 – 1900). The four songs are: “Le Jardin” (The Garden), “Impression du Matin” (Impression of the Morning), “La Mer” (The Sea), and “Le Reveillon” (The Awakening). [Libraries have this in sheet music format.] 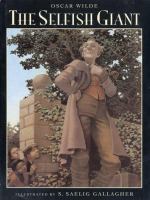 Oscar Wilde’s fairy tale tells of a group of children who play in a giant’s lovely garden. After a long absence, the giant returns and selfishly banishes the children. As a result, he is condemned to live in a perpetual state of winter. After waiting and waiting for the spring to come, he decides to change his ways and welcomes the children back.

The Picture of Dorian Gray
by Oscar Wilde [Wilde]

Written in his distinctively dazzling manner, Oscar Wilde’s story of a fashionable young man who sells his soul for eternal youth and beauty is the author’s most popular work. The tale of Dorian Gray’s moral disintegration caused a scandal when it ﬁrst appeared in 1890, but though Wilde was attacked for the novel’s corrupting inﬂuence, he responded that there is, in fact, “a terrible moral in “Dorian Gray.”” Just a few years later, the book and the aesthetic/moral dilemma it presented became issues in the trials occasioned by Wilde’s homosexual liaisons, which resulted in his imprisonment. Of Dorian Gray’s relationship to autobiography, Wilde noted in a letter, “Basil Hallward is what I think I am: Lord Henry what the world thinks me: Dorian what I would like to be–in other ages, perhaps.”

In a cheap Parisian hotel, Oscar Wilde lies on his death bed and recalls his past with wit and irony. Was he once the most famous man in London? He reviews the failed attempt to reconcile with his long suffering wife, the ensuing reprisal of his fatal love affair with Lord Alfred Douglas and the devotion of Robbie Ross, who tried and failed to save him from himself. From Dieppe to Naples to Paris, Oscar is a penniless vagabond, shunned by his old acquaintances, but revered by a strange group of outlaws to whom he tells the old stories — his incomparable talent still sharp.