Barefoot in the Park

This is a booklist created by Gere Branch library staff to accompany the stage production of Barefoot in the Park at Gere’s neighbor, The Lincoln Community Playhouse.

Barefoot in the Park is a romantic comedy by Neil Simon, which first premiered on Broadway in 1963. Paul and Corie Bratter are newlyweds in every sense of the word. He’s a straight-as-an-arrow lawyer and she’s a free spirit always looking for the latest kick. Their new apartment is her most recent find – too expensive with bad plumbing and in need of a paint job. After a six-day honeymoon, they get a surprise visit from Corie’s loopy mother and decide to play matchmaker during a dinner with their neighbor-in-the-attic, Victor Velasco, where everything that can go wrong, does. Paul just doesn’t understand Corie, as she sees it. He’s too staid, too boring, and she just wants him to be a little more spontaneous. Running “barefoot in the park” would be a start…even though it’s the middle of winter! 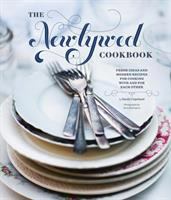 The Newlywed Cookbook: Fresh Ideas & Modern Recipes for Cooking With & For Each Other
by Sarah Copeland [641.561 Cop]

This cookbook is an indispensable reference for modern couples looking to spend quality time together in the kitchen. Inside are more than 130 recipes for both classic and contemporary cooking that are perfect for day-to-day deux and special occasions with family and friends.

Building a Home With My Husband: A Journey Through the Renovation of Love
by Rachel Simon [306.81 Sim]

Rachel Simon’s historic home on a charming tree- lined street was hardly ideal. It was too small, too dark, and there was a gaping hole in the dining room ceiling. So when the house is burglarized, Rachel and her husband, Hal, agree it’s time to sell. But in a difficult housing market, and with Hal being an architect, they soon realize: Why leave when they can renovate?

Together on Top of the World: The Remarkable Story of the First Couple to Climb the Fabled Seven Summits: A Saga of Love and Courage
by Phil Ershler [796.522 Ers]

On May 16, 2002, Phil and Susan Ershler reached the top of Mt. Everest and became the first couple in history to scale the fabled Seven Summits.

Sometimes Madness is Wisdom: Zelda and Scott Fitzgerald: A Marriage
by Kendall Taylor [B F5765t]

Irresistibly charming, recklessly brilliant, Zelda and Scott Fitzgerald epitomized everything that was beautiful and damned about the Jazz Age. But behind the legend, there was a highly complex and competitive marriage–a union not of opposites but almost of twins who both inspired and tormented each other, and who were ultimately destroyed by their shared fantasies. Now in this frank, stylish, superbly written new book, Kendall Taylor tells the story of the Fitzgerald marriage as it has never been told before.

This enlightening book shows empty nest couples how to focus on positive change within their relationships and offers solid advice for learning the skills needed to have a more fulfilling and intimate relationship than was possible during the hectic parenting years.

A Box of Darkness: The Story of a Marriage
by Sally Ryder Brady [Biography Brady]

Traces the author’s unconventional marriage to her Harvard-educated publishing editor husband, describing how their sophisticated world crumbled with the deterioration of his mental health before his death revealed unexpected secrets.

September Songs: The Good News About Marriage in the Later Years
by Maggie Scarf [306.81 Sca]

In a series of intimate interviews, Scarf delves into the lives of couples married for more than two decades and discerns encouraging new insights about marriage. Seen through the eyes of these baby boomers as they move into this new phase of life, we hear in the couples own words how they survived the bumps together and learned to balance their needs with those of their partners. Scarf reveals that, in many ways, men and women in long-term marriages are far happier and more fulfilled in their relationships today than when they were younger. 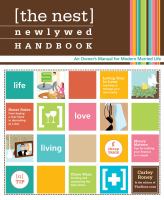 Whether you’re about to tie the knot or are already well into your first years together, you are sure to have realized that this is not your parents’ marriage. Oh, how the rules—and roles—have changed. Who does the housework now that everyone works? If you want to keep your money separate—does it mean you’re not committed? Is it OK to order takeout when the in-laws come for dinner? The Nest Newlywed Handbook is your road map to modern married life, guiding you through the ins and outs of tackling life as a twosome. 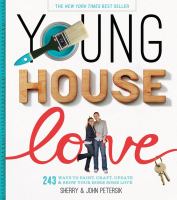 This debut book by bloggers Sherry and John Petersik is filled with hundreds of fun, deceptively simple, budget-friendly ideas for sprucing up a home. With two home renovations under their (tool) belts, 5 million blog hits per month, and an ever-growing audience since the launch of Young House Love in 2007, Sherry and John are home-improvement enthusiasts primed to pass on a slew of projects, tricks, and techniques to do-it-yourselfers of all levels.

Sleeping Better Together: How Both of You Can Get a Better Night’s Rest
by Gerhard Klosch, John Dittami and Josef Zeitlhofer [613.79 Klo]

Sleeping with a partner is often difficult: many people suffer from sleep disorders, and others have sleep preferences that can disturb their bedmate. This book is for every couple that has found it difficult to share a bed, argued about his snoring or her restless legs, or woken up to the alarm feeling tired and cranky.

Babyproofing Your Marriage: How to Laugh More, Argue Less, and Communicate Better as Your Family Grows
by Stacie Cockrell, Cathy O’Neill, and Julia Stone [306.85 Coc]

Citing the challenges posed by parenthood on otherwise strong marriages, a reference based on the advice of hundreds of families makes recommendations for such topics as the division of labor, sexual frustration, and grandparent management.

At the end of her memoir Eat, Pray, Love, Elizabeth Gilbert fell in love with Felipe, a Brazilian living in Indonesia. The couple swore eternal love, but also swore (as skittish divorce survivors) never to marry. However, providence intervened in the form of a U.S. government ultimatum: get married, or Felipe could never enter America again.

Cooking for Two: 120 Recipes for Everyday and Those Special Nights
by Bruce Weinstein and Mark Scarbrough [641.561 Wei]

Tea for two. That’s what it’s all about, right? So how come every recipe you pick up says “serves 4 to 6”? Or more! What do you do when you want macaroni and cheese, but don’t want to be reheating it for three nights? Or a couple of cookies, but don’t want to be tempted by two dozen sitting on the counter all week? Creative cookbook authors and cooks Bruce Weinstein and Mark Scarbrough have all the answers in Cooking for Two.