A booklist for: Camelot

This is a booklist created by Gere Branch library staff to accompany the stage production of Camelot at Gere’s neighbor, The Lincoln Community Playhouse.

The musical Camelot, from the music/lyrics team of Frederick Loewe and Alan Jay Lerner, first premiered on Broadway in 1960, and has subsequently become one of the most beloved shows in stage musical history. The tale of King Arthur, his wife Queen Guinevere, Sir Lancelot and the other knights of the Round Table facing off against Morgan Le Fey and Mordred produced a string of unforgettable songs. Included in the show are such hits as “I Wonder What the King is Doing Tonight”, “The Simple Joys of Maidenhood”, “C’est Moi!”, “If Ever I Would Leave You”, “What Do the Simple Folk Do?” and the title song, “Camelot”. The original leads were Richard Burton as Arthur, Julie Andrews as Guinevere, Robert Goulet as Lancelot, and Roddy McDowell as Mordred.

The show has gone on to multiple revivals on Broadway, and is a staple of community and college theaters around the English speaking world.

The Camelot Chronicles: Heroic Adventures From the Time of King Arthur
by Michael Ashley [813.08 Ash]

It’s not easy being the man behind the myth…. Sir Lucas is butler to King Arthur and the Knights of the Round Table. His average working day involved defeating witches and banishing werewolves, while ensuring the Royal pot of tea never crossed the thin line separating ‘brewed’ from ‘stewed.’ What’s more, he’s still doing it– here in the modern world, right under our noses. When King Arthur and six of his knights are exposed as living among us, Merlin is unleashed and a grim apocalypse unfolds. When Lucas is forced to confront his own peculiar destiny, will he choose to sacrifice his true love and lay down his life in the service of his master? 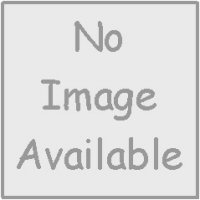 The King Arthur Companion: The Legendary World of Camelot and the Round Table as Revealed by the Events Themselves
by Phyllis Ann Karr [809.933 Kar]

The early adventures of a young Merlin and his relationship with Prince Arthur at Camelot in the mythical kingdom of Albion. A dangerous world in which magic has been banned by the ruthless tyrant, Uther Pendragon. When Merlin arrives in the kingdom, he quickly makes enemies. Guided by Uther’s wise physician, Gaius, Merlin is soon using his talents not just to survive but to unlock Camelot’s mystical secrets.

Jack Whyte has written a lyrical epic, retelling the myths behind the boy who would become the Man Who Would Be King–Arthur Pendragon. He has shown us, as Diana Gabaldon said, “the bone beneath the flesh of legend.” In his last book in this series, we witnessed the young king pull the sword from the stone and begin his journey to greatness. Now we reach the tale itself-how the most shining court in history was made.

This richly illustrated book provides a comprehensive introduction to medieval England. Written by expert scholars and drawing on the latest research, it offers an authoritative survey of the years from the departure of the Roman legions to the Battle of Bosworth. The middle ages were a time of profound diversity and change. The main political themes are explored in three narrative chapters, covering the Anglo-Saxon period, the Normans and Angevins, and the late middle ages. Chapters on the social, cultural, and religious life of the period add context tothe political and institutional developments traced and cover topics as varied as the nature of national identity, urban life, art and architecture, religious practice, and the development of vernacular literature. 180 illustrations, maps, family trees, a chronology, guide to further reading, and a full index make this an indispensable guide to England in the middle ages.

Isabella arrived in London in 1308, the spirited twelve-year-old daughter of King Philip IV of France. Her marriage to the heir to England’s throne was designed to heal old political wounds between the two countries, and in the years that followed, she would become an important figure, a determined and clever woman whose influence would come to last centuries. But Queen Isabella’s political machinations led generations of historians to malign her, earning her a reputation as a ruthless schemer and an odious nickname, “the She-Wolf of France.”

The past is a foreign country. This is your guidebook.

A time machine has just transported you back to the fourteenth century. What do you see? How do you dress? How do you earn a living and how much are you paid? What sort of food will you be offered by a peasant or a monk or a lord? And more important, where will you stay?

The Time Traveler’s Guide to Medieval England is not your typical look at a historical period. This radical new approach shows us that the past is not just something to be studied; it is also something to be lived. All facets of everyday life in this fascinating period are revealed, from the horrors of the plague and war to the ridiculous excesses of roasted larks and medieval haute couture.

More than six hundred years ago, the Archbishop of Canterbury was murdered by King Henry II’s knights. Before the Archbishop’s blood dried on the Cathedral floor, the miracles began. The number of pilgrims visiting his shrine in the Middle Ages was so massive that the stone floor wore thin where they knelt to pray. They came seeking healing, penance, or a sign from God. Chaucer’s The Canterbury Tales , one of the greatest, most enduring works of English literature, is a bigger-than-life drama based on the experience of the medieval pilgrim. Power, politics, friendship, betrayal, martyrdom, miracles, and stories all had a place on the sixty mile path from London to Canterbury, known as the Pilgrim’s Way.

The Medieval Fortress: Castles, Forts and Walled Cities of the Middle Ages
by J.E. Kaufmann [355.709 qKau]

The castles of the Medieval world continue to interest readers, both as architectural wonders and because of their dramatic role in world history. The general public is largely unaware of just how many castles survive today or over how wide an area of Europe and the Middle East they are to be found.Fortifications specialist J.E. and H.W. Kaufmann and technical artist Robert Jurga (authors of the acclaimed Fortress Europe: European Fortifications of World War II ) have once again combined European sources and personal observations to present a unique portrait of military architecture. They reveal how the medieval fortress combined both Roman and barbarian features, with some influences from as far away as China. Detailed coverage is given for castles in the British Isles, France, Germany, Moorish Spain, and as far east as Poland and Russia, as well as Muslim and Crusader castles in the Middle East. The Medieval Fortress covers the origin and evolution of the castles and other walled defenses, their major components, and the reasons for their eventual decline, which was not solely due to the introduction of gunpowder. Also receiving extensive coverage are the weapons and equipment of garrisons and besieging troops. Over a hundred photographs and 150 extraordinarily detailed technical drawings accompany the main text, which also takes an in-depth look at representative castles of each major type.

Trivia information is from The Encyclopedia of the Middle Ages, by Norman F. Cantor, 909.07 Enc.