A booklist for: Dearly Beloved

This is a booklist created by Gere Branch library staff to accompany the stage production of Dearly Beloved at Gere’s neighbor, The Lincoln Community Playhouse.

Dearly Beloved is a comic musical by Jessie Jones, Nicholas Hope and Jamie Wooten. The Futrelle Sisters, Frankie, Honey Raye and Twink, are throwing a wedding. Frankie has almost made herself sick with elaborate preparations for her daughter Tina Jo’s antebellum-inspired wedding, and the rumor mill in their small town of Fayro, Texas, is working overtime. No surprise there, the Futrelle Sisters have never been strangers to gossip. After all, they did survive the scandalous breakup of their almost-famous gospel singing trio, The Sermonettes. But Twink’s desperate attempts to get her boyfriend of fifteen-and-one-half years down the aisle, Frankie’s ongoing conversations with their dead mother, and Honey Raye’s tendency to race to the altar at every opportunity have kept tongues wagging for years. In spite of her own marital problems, Frankie has held steadfastly to the hope that she can pull off one “final Futrelle occasion” with elegance and style with the help of the cantankerous wedding coordinator, Miss Geneva, who runs the local floral shop/bus depot. But on the day of the nuptials, Frankie’s hope begins to dim when she discovers Twink’s alternative solution to an expensive catered wedding dinner is a potluck supper sponsored by Clovis Sanford’s House of Meat. When the prodigal Honey Raye arrives at the church in skintight gold lamé, consumed by hot flashes and a steely determination to right old family wrongs, Frankie’s hope is shaken. It is lost completely when word reaches the church that Tina Jo and her fiancé have fled Fayro and eloped. The sisters ultimately pull together to find ways to keep the unsuspecting guests in the pews while a highway patrolman races off to track down the runaway bride and groom. As a last resort, and to the delight of the citizenry of Fayro, Texas, The Sermonettes reunite and sing again.

An ordinary wedding can get crazy enough, so can you imagine what happens when otherworldly creatures are involved? Nine of the hottest authors of paranormal fiction answer that question in this delightful collection of supernatural wedding stories.

A Wedding to Die For
by Leanne Sweeney [Sweeney]

From the author of Pick Your Poison comes a crazy case of matrimonial murder and a broken-hearted bride-to-be when a family guest gets hit over the head with a gift. The bad reception only gets deadlier for Houston PI Abby Rose, enlisted to resolve the wedding fiasco.

Annie’s life is a mess. But when she finds out her lifetime best friend is engaged, she simply must serve as Lillian’s maid of honor. Though lovelorn and broke, Annie bluffs her way through the expensive and bizarre rituals. With one chance to get it perfect, she’ll show Lillian and her bridesmaids just how far you’ll go for someone you love.

The Accidental Bride: A Romantic Comedy
by Janice Harayda [Harayda]

Set in today’s computer age, Harayda’s debut novel is a witty and wise comedy of manners that pays homage to Jane Austen. Lily Blair, 27, a newspaper reporter and free spirit, has become engaged in haste and refuses to repent at leisure. Shortly before her wedding to “the third richest man in the second largest city in Ohio,” she decides to call the whole thing off, but can she?.

In her mid-thirties, still single and still being set up with dates by her mom, Bridget decides she needs to make a change in her life. She falls for her boss who uses her and then dumps her. In the meantime, Bridget keeps running into the divorced guy her mom tried to set her up with, and he happens to be ex-friends with her boss. She uses her diary as a confessional and she begins to wonder if she will ever find true love. 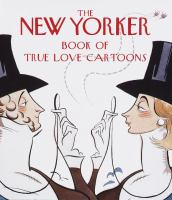 Here is the dance of true love captured at all its most outrageously funny moments–the graceful and the awkward, the blissful and the tormented.

The Sweet Potato Queens are bona fide experts at planning a marvelous marriage (and ending one—flip this book right on over if you’re looking for advice on dumping a deadweight hubby!), so who better to provide this handy wedding planner?.

New York Times bestselling humorist Jill Conner Browne takes a “Hit and Run” down Memory Lane for the sake of offering “Asset-Preserving Tips,” with astonishing disclosures about women and aging.

Following up on themes from her debut novel, Ready to Fall, which looked at the pitfalls of cyberspace romance, Cook here chronicles the perils of various tried and true dating ploys, from personals ads to the use of adorable pooches as date bait. 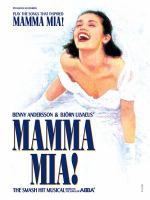 20 year old Sophie is preparing to marry at her mother’s hotel on a Greek island. She has a carefree life, a loving fiancée, and great friends. She is only missing one thing: a father. By reading her mother’s diary she discovers that she has three possible fathers. Sophie secretly invites all three men to the wedding in a desperate bid to discover which of them is her father. 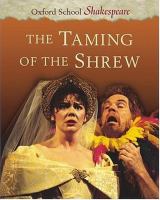 A raving misanthrope is transformed into a model of wifely deportment — but not without a struggle. Fast-paced dialogue and earthy humor contribute to the enduring popularity of this tale of a 16th-century battle of the sexes.