A booklist for: Disney’s My Son Pinocchio

This is a booklist created by Gere Branch library staff to accompany the stage production of Disney’s My Son Pinocchio at Gere’s neighbor, The Lincoln Community Playhouse.

In Disney’s My Son Pinocchio, the classic tale of toymaker, Geppetto’s, little wooden puppet is given new life. This new musical, which retells the classic Disney story from Geppetto’s perspective, features the beloved classic songs, “When You Wish upon a Star” and “I’ve Got No Strings,” alongside a host of new songs by Oscar winner and Grammy Award winner, Stephen Schwartz.

Join the Blue Fairy, Stromboli and a lively cast of characters as Geppetto journeys beyond the toyshop to discover the meaning of family. When the Blue Fairy grants Geppetto’s wish to bring his beloved puppet to life, the new father quickly learns that being a parent is full of challenges. He struggles to make his son “the perfect boy,” only to lose him to a gang of Roustabouts. It is only when faced with the thought of never seeing Pinocchio again that Geppetto truly learns the joys of being a father and loving his child unconditionally.

The Illustrated Book of Fairy Tales (no longer in library collection)
by Neil Philip [j398.2 Phi]

A multicultural collection of traditional tales from Europe, Asia, Australia, and North and South America. 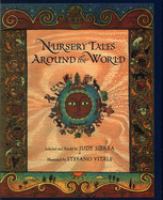 Nursery Tales Around the World
by Judy Sierra [j398.2 Sie] 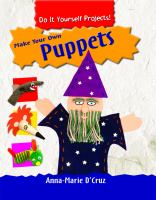 Crafty kids will enjoy making all kinds of playful puppets. Projects include a creepy crawly caterpillar, Chinese dragon, and a Venus fly trap. 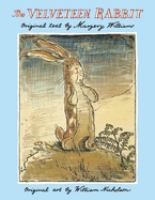 Retells the adventure of a stuffed rabbit and how the love of a boy turns him into a real rabbit. 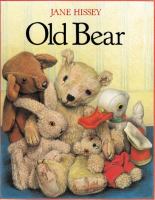 A group of toy animals try various ways of rescuing Old Bear from the attic.

Other picture books in this series are available. They include: Jolly Snow, Best Friends, & Little Bear’s Trousers. 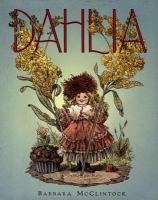 Charlotte does not like dolls, until she receives a special doll from her aunt and they become good friends.

Edward Tulane, a cold-hearted and proud toy rabbit, loves only himself until he is separated from the little girl who adores him and travels across the country, acquiring new owners and listening to their hopes, dreams, and histories.

A dog who has been turned into a toy dog encounters rival wizards and experiences various adventures on the moon with giant spiders, dragon moths, and the Great White Dragon.

Presents the adventures of Pinocchio, a mischievous wooden puppet, who wants more than anything else to become a real boy.

The Indian in the Cupboard
by Lynne Reid Banks [j Banks]

A young man receives two presents that will change his life: a plastic miniature Indian that magically comes to life inside a mysterious old cupboard.

This book is the first in a series of five.

A musical variety program with a cast made up of Muppets – man made human operated creatures.

Woody, a cowboy doll, is Andy’s favorite. But when Buzz Lightyear arrives the space hero takes Andy’s room by storm! Their rivalry leaves them lost and in a nightmare with Sid, a toy-torturing boy next door. To escape they need to work together.

All By My Selves: Walter, Peanut, Achmed and Me
by Jeff Dunham [Biography Dunham]

Whether he’s breathing life into Walter, an old curmudgeon; Peanut, an over-caffeinated purple maniac; or Achmed, a screaming, skeletal, dead terrorist, comedian and ventriloquist Jeff Dunham is the straight man to some of the wildest, funniest partners in show business. 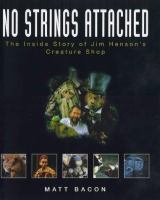 No Strings Attached: The Inside Story of Jim Henson’s Creature Shop
by Matt Bacon [778.534 qBac]

Who doesn’t want to know how Babe, that incredible talking sheep-corralling pig, works? Or how metal and latex foam are sculpted and molded to create realistic skin — a human’s, a dragon’s, a gorilla’s? And exactly how did a wisecracking frog named Kermit spawn a slew of monsters? No Strings Attached takes readers behind the scenes at Jim Henson’s incredible animatronics factory, with secrets revealed firsthand, fully illustrated in gorgeous color.

Street Gang is the compelling, comical, and inspiring story of a media masterpiece and pop- culture landmark. Television reporter and columnist Michael Davis-with the complete participation of Joan Ganz Cooney, one of the show’s founders-unveils the idealistic personalities, decades of social and cultural change, stories of compassion and personal sacrifice, and miraculous efforts of writers, producers, directors, and puppeteers that together transformed an empty soundstage into the most recognizable block of real estate in television history.