This is a booklist created by Gere Branch library staff to accompany the stage production of Elf Jr. at Gere’s neighbor, The Lincoln Community Playhouse.

Based on the cherished New Line Cinema hit, the youth stage musical Elf Jr. features songs by Tony Award-nominees, Matthew Sklar and Chad Beguelin, with a book by Tony Award-winners, Thomas Meehan and Bob Martin. Buddy, a young orphan, mistakenly crawls into Santa’s bag of gifts and is transported to the North Pole. The would-be elf is raised, unaware that he is actually a human, until his enormous size and poor toy-making abilities cause him to face the truth. With Santa’s permission, Buddy embarks on a journey to New York City to find his birth father and discover his true identity. Faced with the harsh reality that his father is on the naughty list and that his half-brother doesn’t even believe in Santa, Buddy is determined to win over his new family and help New York remember the true meaning of Christmas. 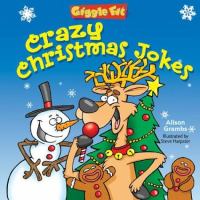 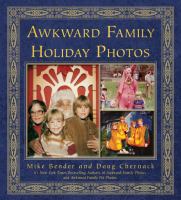 The Elves and the Shoemaker: A Grimm Graphic Novel
by Martin Powell [j Grimm] 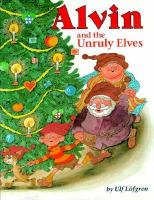 Alvin and the Unruly Elves
by Ulf Löfgren [jP Löfgren] What kind of music do elves like best? — Wrap music

What kind of money do elves use? — Jingle bills

What is the first thing elves learn in school? — The elf-abet

What do you call a wild elf in Texas? — Gnome on the range

What does December have that other months don’t? — The letter “D”

What do snowmen put on their ice-burgers? — Chilly sauce

What sort of ball doesn’t bounce? — A snowball

What do reindeer have that no other animals have? — Baby reindeer

What did the furry hat say to the warm woolen scarf? — You hang around, while I go on ahead

What do you call 50 penguins in the Arctic? — Lost, really lost! Penguins live in Antarctica, not the North Pole