A booklist for: Frozen Jr.

This is a booklist created by Gere Branch library staff to accompany the stage production of Frozen Jr. at Gere’s neighbor, The Lincoln Community Playhouse.

Frozen Jr. is based on the 2018 Broadway musical (which was, in turn, based on the hit 2013 animated film), and brings Elsa, Anna, and the magical land of Arendelle to life, onstage. The show features all of the memorable songs from the animated film, with music and lyrics by Kristen Anderson-Lopez and Robert Lopez, plus five new songs written for the Broadway production.

A story of true love and acceptance between sisters, Frozen JR. expands upon the emotional relationship and journey between Princesses Anna and Elsa. When faced with danger, the two discover their hidden potential and the powerful bond of sisterhood. With a cast of beloved characters and loaded with magic, adventure, and plenty of humor, Frozen JR. is sure to thaw even the coldest heart!

If you like Frozer Jr., you may enjoy these…

Explore arctic environments, polar landscapes, animals, and people in and around the North and South Poles.

When a prophecy traps a kingdom in eternal winter, Anna, a young dreamer, must team up with Kristoff, a daring mountain man, and his reindeer on the grandest of journeys to find Anna’s sister, the Snow Queen Elsa, and put an end to her icy spell. Encountering mystical trolls, a hilarious snowman named Olaf, Everest-like extremes, and magic at every turn, Anna and Kristoff battle the elements in a race to save the kingdom from destruction. 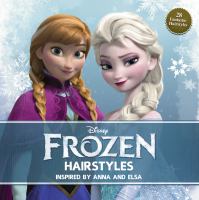 Do you love Princesses Anna and Elsa of Disney’s film Frozen?
If you long to recreate these royal sisters’ beautiful braids, buns, and other dazzling hairstyles,Disney Frozen Hairstyles: Inspired by Anna and Elsa is for you. The step-by-step instructions in this gorgeously photographed book make it possible for anyone to replicate these heroines’ striking looks.

What if Anna and Elsa never knew each other? As the future Queen of Arendelle, Princess Elsa’s life is full of expectation and responsibility–not to mention, questions. What type of ruler will she be? When will she have to pick a suitor? And why has she always harbored the feeling that some critical piece of herself is missing? Following the unexpected death of her parents, Elsa is forced to answer those questions sooner than she’d hoped, becoming the sole ruler of her kingdom and growing lonelier than ever. But when mysterious powers begin to reveal themselves, Elsa starts to remember fragments of her childhood that seem to have been erased–pieces that include a very familiar-looking girl. Determined to fill the void she has always felt, Elsa must take a harrowing journey across her icy kingdom to undo a terrible curse . . . and find the missing Princess of Arendelle. 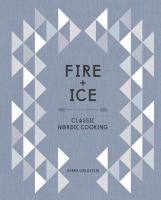 Scandinavia is a region of extremes?where effortlessly chic design meets rugged wilderness, and perpetual winter nights are followed by endless days of summer?and Fire and Ice proves that Scandinavian cuisine is no exception. Founding editor of Gastronomica and the West’s leading culinary authority on the cuisines of the European North, Darra Goldstein explores the rich cultural history and culinary traditions of Denmark, Finland, Norway, and Sweden. From the bold aroma of smoked arctic char to the delicate flavor of saffron buns, and from the earthy taste of chanterelle soup to the fragrant aroma of raspberry-rose petal jam, this beautifully curated cookbook features over 100 inspiring and achievable recipes that introduce home cooks to the glorious and diverse flavors of Nordic cooking.

Prince Hans of the Southern Isles, the youngest of twelve bullying brothers, takes advantage of his chance to have his own kingdom when he learns that Elsa will be crowned queen of Arendelle, but he inadvertantly woos her sister Anna instead.

Often lacking the clear episodic structure of folktales about talking animals and magic objects, legends grow from retellings of personal experiences. Christiansen isolated some seventy-seven legend types, and many of these are represented here in absorbing stories of St. Olaf, hidden treasures, witches, and spirits of the air, water, and earth. The ugly, massively strong, but slow-witted trolls are familiar to English-speaking readers. Less well-known, but the subject of an enormous number of legends, are the more manlike yet sinister “huldre-folk” who live in houses and try to woo human girls. These tales reflect the wildness of Norway, its mountains, forests, lakes, and sea, and the stalwart character of its sparse population. (from the Library Journal review of this title.) 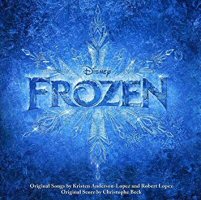 This compact disc soundtrack includes all the original songs from Frozen, written by Kristen Anderson-Lopez and Robert Lopez, and many tracks of the instrumental “score” soundtrack, composed by Christophe Beck. Listen to such popular tunes as “For the First Time in Forever”, “Do You Want to Build a Snowman?” and “Let It Go”. 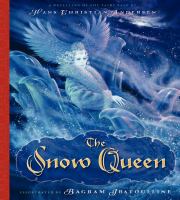 The strength of a little girl’s love enables her to overcome many obstacles and free a boy from the Snow Queen’s spell.

Sixteen-year-old Mina is motherless, her magician father is vicious, and her silent heart has never beat with love for anyone–has never beat at all, in fact, but she’d always thought that fact normal. She never guessed that her father cut out her heart and replaced it with one of glass. When she moves to Whitespring Castle and sees its king for the first time, Mina forms a plan: win the king’s heart with her beauty, become queen, and finally know love. The only catch is that she’ll have to become a stepmother.

Fifteen-year-old Lynet looks just like her late mother, and one day she discovers why: a magician created her out of snow in the dead queen’s image, at her father’s order. But despite being the dead queen made flesh, Lynet would rather be like her fierce and regal stepmother, Mina. She gets her wish when her father makes Lynet queen of the southern territories, displacing Mina. Now Mina is starting to look at Lynet with something like hatred, and Lynet must decide what to do–and who to be–to win back the only mother she’s ever known…or else defeat her once and for all.

Entwining the stories of both Lynet and Mina in the past and present, Girls Made of Snow and Glass traces the relationship of two young women doomed to be rivals from the start. Only one can win all, while the other must lose everything–unless both can find a way to reshape themselves and their story