A booklist for: Girl’s Weekend

This is a booklist created by Gere Branch library staff to accompany the stage production of Girls’ Weekend at Gere’s neighbor, The Lincoln Community Playhouse.

Girls’ Weekend is a 2014 comical farce, featuring four strong female characters, by Des Moines, IA playwright Karen Schaeffer. The three members of a female book discussion group — Dot, Meg and Carol (plus Carol’s twentysomething daughter Ellie) all show up at Dot’s rustic Minnesota northwoods cabin for a Girls’ Weekend. They’re planning to eat, drink wine, discuss the latest book for their club, and basically chill out. Those plans go astray fairly quickly when three of the women make plans for assignations with guys — Carol and her husband have been trying to conceive and this might be their best time, Meg has secretly been seeing Dot’s son, Stephen…who shows up to surprise her. And Ellie encountered a fellow college friend in the nearest town, and plans to escape for late night karaoke. Throw in a surprise spring snowstorm, an earnest yet goofy Sheriff and a load of secrets and you’ve got the makings of a madcap sexual farce…only this time its the women driving the plot!

Sensible Shoes: A Story About the Spiritual Journey
by Sharon Garlough Brown [Brown]

Sharon Garlough Brown tells the moving story of four strangers as they embark together on a journey of spiritual formation: Hannah, a pastor who doesn’t realize how exhausted she is. Meg, a widow and recent empty-nester who is haunted by her past. Mara, a woman who has experienced a lifetime of rejection and is now trying to navigate a difficult marriage. Charissa, a hard-working graduate student who wants to get things right.You’re invited to join these four women as they reluctantly arrive at a retreat center and find themselves drawn out of their separate stories of isolation and struggle and into a collective journey of spiritual practice, mutual support and personal revelation. Along the way, readers will be taken into a new understanding of key spiritual practices and find tangible support for the deeper life with God.

When they meet as girls on a beach in Nantucket, Maggie McIntyre and Emily Porter become fast friends–though Emily’s well-heeled mother would prefer that she associate with the upscale daughters of bankers and statesmen rather than the child of a local seamstress. But the two lively, imaginative girls nevertheless spend many golden summers together building castles in the sand, creating magical worlds of their own, and forging grand plans for their future.

Even as Emily falls for Maggie’s brother, Ben, and the young women’s paths diverge, the duo remain close friends. Then the unthinkable happens: Handsome, charismatic, charming, and incredibly sexy Wall Street trader Cameron Chadwick upends both their lives and disrupts their friendship.

Struggling with the tough choices they must make and the secrets they must keep, the two young women discover that the road to love and fulfillment is full of bumps and twists. And while true love may be rare, Maggie and Emily find that friendship is even rarer–and more valuable still.

Molly Clearwater had always wanted to escape the confines of her small-town upbringing to make a splash as a career woman in London. But somehow, working as a low-level assistant for the boorish Malcolm Figg wasn’t nearly as fulfilling as she had hoped-until Malcolm offered her a “perk”-a free weekend business trip to Paris. She’s ecstatic until she discovers that Malcolm’s idea of “business” isn’t exactly the same as hers. Horrified, Molly storms out of the office. With nothing else to lose, she impulsively boards a train to Paris, intent on treating herself to a long weekend in the City of Light.

Within moments of stepping onto the cobblestoned streets of Paris, Molly is swept up in an adventure that defies her imagination. From infiltrating a conference in a Cleopatra wig to sharing her deepest secret with a complete stranger, Molly’s weekend away from her troubles turns into a dizzying voyage of passion and self-discovery, transforming her absolutely…

The New York Times bestselling author revisits the characters from her beloved novels Love Walked In and Belong to Me in this captivating, beautifully written drama involving family, friendship, secrets, sacrifice, courage, and true love for fans of Jojo Moyes, Elin Hilderbrand, and Nancy Thayer.

On the weekend of her wedding, Clare Hobbes meets an elderly woman named Edith Herron. During the course of a single conversation, Edith gives Clare the courage to do what she should have done months earlier: break off her engagement to her charming–yet overly possessive–fiancé.

Three weeks later, Clare learns that Edith has died–and has given her another gift. Nestled in crepe myrtle and hydrangea and perched at the marshy edge of a bay in a small seaside town in Delaware, Blue Sky House now belongs to Clare. Though the former guest house has been empty for years, Clare feels a deep connection to Edith inside its walls, which are decorated with old photographs taken by Edith and her beloved husband, Joseph.

Exploring the house, Clare finds two mysterious ledgers hidden beneath the kitchen sink. Edith, it seems, was no ordinary woman–and Blue Sky House no ordinary place. With the help of her mother, Viviana, her surrogate mother, Cornelia Brown, and her former boyfriend and best friend, Dev Tremain, Clare begins to piece together the story of Blue Sky House–a decades-old mystery more complex and tangled than she could have imagined. As she peels back the layers of Edith’s life, Clare discovers a story of dark secrets, passionate love, heartbreaking sacrifice, and incredible courage. She also makes startling discoveries about herself: where she’s come from, where she’s going, and what–and who–she loves.

Shifting between the 1950s and the present and told in the alternating voices of Edith and Clare, I’ll Be Your Blue Sky is vintage Marisa de los Santos–an emotionally evocative novel that probes the deepest recesses of the human heart and illuminates the tender connections that bind our lives.

A sharply intelligent novel about friendship, lust, jealousy, and the unexpected complications of adulthood in the 21st century

Frances is a cool-headed and darkly observant young woman, vaguely pursuing a career in writing while studying in Dublin. Her best friend and comrade-in-arms is the beautiful and endlessly self-possessed Bobbi. At a local poetry performance one night, Frances and Bobbi catch the eye of Melissa, a well-known photographer, and as the girls are then gradually drawn into Melissa’s world, Frances is reluctantly impressed by the older woman’s sophisticated home and tall, handsome husband, Nick. However amusing and ironic Frances and Nick’s flirtation seems at first, it gives way to a strange intimacy, and Frances’s friendship with Bobbi begins to fracture. As Frances tries to keep her life in check, her relationships increasingly resist her control: with Nick, with her difficult and unhappy father, and finally, terribly, with Bobbi.

Desperate to reconcile her inner life to the desires and vulnerabilities of her body, Frances’s intellectual certainties begin to yield to something new: a painful and disorienting way of living from moment to moment. Written with gem-like precision and marked by a sly sense of humor, Conversations with Friends is wonderfully alive to the pleasures and dangers of youth, and the messy edges of female friendship. 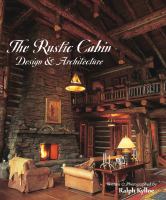 Kylloe provides photographic details of the highest-quality workmanship in stone masonry and log work, highlighting the unique blend of fine antiques and contemporary furnishings in the featured homes. Arts & Crafts, Scandinavian, and Western legacies in furniture building and interior styling make each room a smorgasbord for the eyes, and a dream come true for lovers of rustic décor.

The Rustic Cabin features homes that are rich in vision, beauty, and warmth,photographed only as Ralph Kylloe could capture them.

Return to Wake Robin: One Cabin in the Heyday of Northwoods Resorts
by Marnie O. Mamminga [917.75 Mam]

Five generations of Marnie O. Mamminga’s family have been rejuvenated by times together in Wisconsin’s Northwoods. In a series of evocative remembrances accompanied by a treasure trove of vintage family photos, Mamminga takes us to Wake Robin, the cabin her grandparents built in 1929 on Big Spider Lake near Hayward, on land adjacent to Moody’s Camp. Along the way she preserves the spirit and cultural heritage of a vanishing era, conveying the heart of a place and the community that gathered there.

Bookended by the close of the logging era and the 1970s shift to modern lake homes, condos, and Jet Skis, the 1920s to 1960s period covered in these essays represents the golden age of Northwoods camps and cabins–a time when retreats such as Wake Robin were the essence of simplicity. In Return to Wake Robin , Mamminga describes the familiar cadre of fishing guides casting their charm, the camaraderie and friendships among resort workers and vacationers, the call of the weekly square dance, the splash announcing a perfectly executed cannonball, the lodge as gathering place. By tracing the history of one resort and cabin, she recalls a time and experience that will resonate with anyone who spent their summers Up North–or wishes they had.

The Fabric of Friendship: Celebrating the Joys, Mending the Tears in Women’s Relationships
by Joy Carol [305.4 Car]

The Top 100 Most Beautiful Rustic Vacations of North America
by Dusty Dave [796.56 Dav]

With over 600 gorgeous color photographs, this book highlights what makes the outdoors so wonderful. Activities highlighted include horseback riding, fishing, hiking, white-water rafting, canoeing, wildlife viewing, and much more.

The Blackberry Tea Club: Women in Their Glory Years
by Barbara Herrick [305.244 Her]

Celebrating women in their glory years – that is, over 45 years old – This book sets as its goal a complete transformation of assumptions about women in their mid-years. Through poems, essays and a gripping true story of a journey down river rapids, the key message to older women is to trust their bodies, minds and hearts.