A booklist for: Harvey

This is a booklist created by Gere Branch library staff to accompany the stage production of Harvey at Gere’s neighbor, The Lincoln Community Playhouse.

Harvey is a 1944 stage play by the American playwright Mary Chase, for which she received the Pulitzer Prize. Though a staple production for high school, college and community theater groups, the best known version is probably the movie adaptation, which starred Jimmy Stewart.

Harvey is the story of a perfect gentleman, Elwood P. Dowd, and his best friend, Harvey — a pooka, who is a six-foot tall, invisible rabbit. When Elwood begins introducing Harvey around town, his embarrassed sister, Veta Louise, and her daughter, Myrtle Mae, determine to commit Elwood to a sanitarium. A mistake is made, however, and Veta is committed rather than Elwood! Eventually, the mistake is realized, and a frantic search begins for Elwood and the invisible pooka, which ends with Elwood appearing, voluntarily, at the sanitarium. In the end, however, Veta realizes that she loves her brother and his invisible his best friend just as they are, and doesn’t want either of them to change.

Reading and View Recommendations for Harvey

Memoirs of an Imaginary Friend
by Matthew Dicks [Dicks]

Imaginary friend Budo narrates this heartwarming story of love, loyalty, and the power of the imagination—the perfect read for anyone who has ever had a friend . . . real or otherwise.

A woman meets her imaginary friend from childhood–and falls in love with him.

Recording the events of her life from a mental hospital as her hundredth birthday approaches, Roseanne McNulty considers returning to society when she learns that the hospital is about to close, but her situation is complicated by the possibility that Roseanne remembers her life quite differently from what is documented in her patient records. 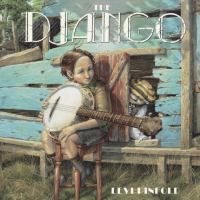 A young boy named Jean has an imaginary friend, Django, who keeps getting him in trouble and eventually is “sent away,” but whenever Jean plays the banjo he continues to feel close to Django. Inspired by the life of jazz musician Django Reinhardt; includes facts about his life. 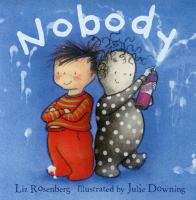 Nobody
by Liz Rosenberg [jP Rosenberg]

George’s imaginary friend Nobody convinces George to wake up early one morning and cook a feast for his family, making a mess and getting into trouble in the process.

Voluntary Madness: My Year Lost and Found in the Loony Bin
by Norah Vincent [616.852 Vin]

Determined but uncertain about maintaining her own equilibrium, she boldly committed herself to three different facilities – a big-city hospital, a private clinic in the Midwest, and finally an upscale retreat in the South. Voluntary Madness is the chronicle of Vincent’s journey through the world of the mentally ill as she struggles to find her own health and happiness.

Just Like Someone Without Mental Illness Only More So: A Memoir
by Mark Vonnegut [Biography Vonnegut]

More than thirty years after the publication of his acclaimed memoir The Eden Express, Mark Vonnegut continues his remarkable story in this searingly funny, iconoclastic account of coping with mental illness, finding his calling as a pediatrician, and learning that willpower isn’t nearly enough. Here is the world after Mark was released from a mental hospital to find his family forever altered.

The Rules of the Tunnel: A Brief Period of Madness
by Ned Zeman [Biography Zeman]

By turns hilarious and heartbreaking, profane and hopeful, The Rules of the Tunnel is a blistering account of Zeman’s twisted ride to hell and back – a return made possible by friends real and less so, among them the dead “eccentrics” he once profiled. It’s a guttural shout of a book, one that defies conventional notions about those with mood disorders, unlocks mysteries within mysteries, and proves that sometimes everything you’re looking for is right in front of you. 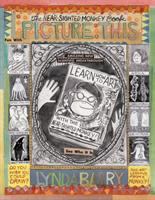 A series of portraits features a myopic monkey protagonist and the author’s most beloved character, Marlys, in a collection that follows her everyday and fantastical routines of preparing food, waiting for the bus, and associating with her elephant-eared imaginary friend. 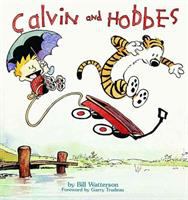 The first collection of the increasingly popular comic strip that features a rambunctious 6-year-old boy and his stuffed tiger who comes charmingly to life.

The story of a man whose rebelliousness pits him against the head nurse of a mental ward and the full spectrum of institutional repression.

Set in the 1950s, it tells the story of Baby Doll in a mental institution, where she creates an alternate reality. She plans to escape from that imaginary world, but to do that she needs to steal five objects before she is captured by an unknown adversary.

Comedy about a good-natured fellow whose constant companion is a six-foot tall invisible rabbit. His sister is determined to marry her daughter off and decides to commit her brother to a mental hospital to get him out of the way. Due to a mix-up the sister is committed instead, and it is up to the kindly brother and his imaginary friend to straighten things out!