A booklist for: Les Misérables

This is a booklist created by Gere Branch library staff to accompany the stage production of Les Misérables at Gere’s neighbor, The Lincoln Community Playhouse.

Les Misérables is the epic stage musical, adapted by Alain Boublil and Claude-Michel Schönberg, from Victor Hugo’s 1862 novel of the same name. The musical premiered in September 1980 in France, but quickly spread worldwide, particularly in its English-language translation. It tells the story of French laborer and peasant Jean Valjean, just released from serving a brutal prison term for stealing a loaf of bread. as Valjean attempts to find redemption in French society, he finds himself pursued by idealistic police Inspector Javert. After adopting a young girl (Cosette), Valjean and his friends get swept into the fervor of the French revolution, and he finds himself part of the action as a group of young idealists make a stand against the royalists at a street barricade.

Les Misérables has become one of the most popular musicals of all time, with a sweeping score, filled with unforgettable songs, including “At the End of the Day”, “I Dreamed a Dream”, “Master of the House”, “Look Down”, “Stars”, “Red and Black”, “Empty Chairs at Empty Tables”, “Do You Hear the People Sing”, and “One Day More”. The show is the longest-running musical in European history, surpassed only by The Fantastiks in the U.S.

Napoleon and the Hundred Days
by Stephen Coote [940.27 Coo]

In Napoleon and the Hundred Days, Stephen Coote vividly re-creates the rise and fall of Bonaparte’s empire, and brings to life the characters who shaped it.

Paris: The Secret History ranges across centuries, movements, and cultural and political beliefs, from Napoleon’s overcrowded cemeteries to Balzac’s nocturnal flight from his debts. Hussey takes us on a picaresque journey through royal palaces, brothels, and sidewalk cafés, uncovering the rich, exotic, and often lurid history of the world’s most beloved city.

Victor Hugo: A Biography
by Graham Robb [B H87r]

Victor Hugo was the most important writer of the nineteenth century in France: leader of the Romantic movement; revolutionary playwright; poet; epic novelist; author of the last universally accessible masterpieces in the European tradition, among them Les Misérables and The Hunchback of Notre Dame.

The Hunchback of Notre Dame
by Victor Hugo [Hugo]

The book portrays the Gothic era as one of extremes of architecture, passion, and religion. Like many of his other works, Hugo is also very concerned with social justice, and his descriptions of religious fanaticism are also examined. Strikingly, Hugo shifts his focus between characters, and assigns the roles of hero and villain to different characters at different points in the novel.

Victor Hugo’s towering novel of Jean Valjean, his unjust imprisonment, and his lifelong flight from a relentless police officer.

A London antique dealer sets his sights on an ancient stone farmhouse in southern France owned by a man haunted by his violent past and his revenge-seeking sister. 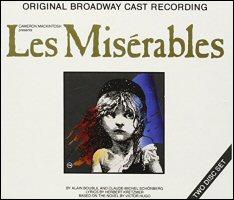 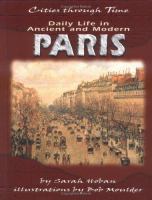 Explores daily life in Paris, from the time of its early settlement in the seventh century B.C. through the Middle Ages up to two world wars and after. 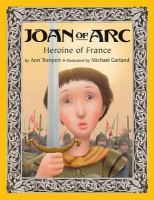 She was a peasant, who was born in a village in France. She was a soldier, who commanded an army. In time, she was pronounced a saint. Joan of Arc’s life seems like a fable. Her death reads like tragedy. However, history records that she took command of French forces and drove the English from the city of Orleans. Drawing on the letters and testimony presented at Joan’s trial, Ann Tompert presents a simply told narrative of a remarkable life.

In medieval France, an Irish wolfhound helps solve the murder of his master, the beloved son of the Count de Montdidier and leader of the Royal Bodyguard in the court of Charles V. Adapted from the legend of the Dog of Montargis.

As the Revolution descends into the ferocious Reign of Terror, Yann, now an extraordinary practitioner of magic, uses his skills to confound his enemies and help spirit refugees out of France, but the question of his true identity and the kidnapping of his true love, Sido, expose him to dangers that threaten to destroy him.

The Hunchback of Notre Dame
by Disney [DVD j Hunchback]

Quasimodo ventures from his tower to the joyous festival of fools, but the crowd turns cruel and rejects him because of the way he looks. The gypsy Esmeralda rescues him and he finds himself battling to save the people and the city he loves–while reminding us to see people as they are rather than how they appear.