This is a booklist created by Gere Branch library staff to accompany the stage production of Miracle on South Division Street, at Gere’s neighbor, The Lincoln Community Playhouse.

Miracle on South Division Street is a comedic drama, written by Tom Dudzick, and first produced on stage in 2009. Meet the Nowaks of Buffalo, NY. Clara and her three grown kids have always known they were special, ever since the miraculous night in 1942 when the Blessed Mother appeared to Grandpa in his barbershop! Since then, the neighborhood has looked upon the Nowaks’ 20-foot commemorative shrine as a beacon of hope and faith amidst the urban rubble. And now daughter Ruth unveils her plan to write and star in a one-woman show about the family miracle so the “whole world will know!” However, as her plans for theatrical immortality unfold, the entire family’s faith is shaken to the very core when a deathbed confession causes the family legend to unravel. The results are heartfelt and hilarious..

Innovative pastor Jay Bakker thought he knew God: the God who rigorously patrolled every aspect of his life, the God who chose sides, the God who was always disappointed in him. But through the transformative power of grace, he discovered the God who loved and accepted unconditionally, freeing him to ask the hard questions and delve into one of Christianity’s greatest taboos: doubt.

In Faith, Doubt and Other Lines I’ve Crossed, Jay voices the questions that Christians are thinking but won’t ask as he chronicles his doubt about God, the Bible, heaven and hell, church, society, relationships, grace, and love. In the process he encourages all of us to welcome “the other”, to read the Bible differently but better, to draw together in community, and to seek an unknown God of limitless grace.

Brutally honest but full of grace, Jay invites everyone to cross the line, to dig deeper, and to discover a faith that is beyond belief. 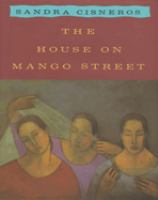 The House on Mango Street
by Sandra Cisneros [Cisneros]

Sandra Cisnero’s greatly admired and best-selling novel of a young girl growing up in the Latino section of Chicago. Acclaimed by critics, beloved by children and their parents and grandparents, taught everywhere from inner-city grade schools to universities across the country, and translated all over the world, The House on Mango Street has entered the canon of coming-of-age classics even as it depicts a new American landscape. Sometimes heartbreaking, sometimes deeply joyous, The House on Mango Street tells the story of Esperanza Cordero, whose neighborhood is one of harsh realities and harsh beauty. Esperanza doesn’t want to belong – not to her run-down neighborhood, and not to the low expectations the world has for her. Esperanza’s story is that of a young girl coming into her power, and inventing for herself what she will become. The San Francisco Chronicle has called The House on Mango Street “marvelous… spare yet luminous. The subtle power of Cisnero’s storytelling is evident. She communicates all the rapture and rage of growing up in a modern world.” It is an extraordinary achievement that will live on for years to come.

Entering her fortieth year, Beverly Donofrio, a “lapsed Catholic”, inexplicably begins collecting Virgin Mary memorabilia at yard sales. Her search for kitsch, however, soon becomes a spiritual quest, leading her to make a pilgrimage to the holy city of Medjugorje. There, she learns that Mary comes into your life only when pride steps out and receives a bonus: hope. In Looking for Mary, Donofrio offers the universal story about a woman who-in a quest for the Blessed Mother-finds herself.

Handling the Truth: On the Writing of Memoir
by Beth Kephart [808.066 Kep]

Writing memoir is a deeply personal, and consequential, undertaking. As the acclaimed author of five memoirs spanning significant turning points in her life, Beth Kephart has been both blessed and bruised by the genre. In Handling the Truth, she thinks out loud about the form – on how it gets made, on what it means to make it, on the searing language of truth, on the thin line between remembering and imagining, and, finally, on the rights of memoirists. Drawing on proven writing lessons and classic examples, on the work of her students and on her own memories of weather, landscape, color, and love, Kephart probes the wrenching and essential questions that lie at the heart of memoir. A beautifully written work in its own right, Handling the Truth is Kephart’s memoir-writing guide for those who read or seek to write the truth. ‘A marvelous primer for anyone who would dare to face the furies and write about his or her life. Beth Kephart has read the genre closely, put her own feet to the fire, and distilled the form with all the passion of a great teacher.’ Marie Arana, author of The National Book Award Finalist American Chica ‘With infectious passion and hard-won wisdom, Beth Kephart eloquently celebrates the rigors and rewards of the creative process and equally necessary the art of crafting a meaningful life. Read it and learn how to tell your story. Better yet, read it and begin to understand why your story matters.’ Katina Kenison, author of Magical Journey- An Apprenticeship in Contentment ‘Beth Kephart has done something extraordinary with this huge and messy thing called memoir roping it into submission with her typically beautiful writing. In this well-organized book, every example is a precious stone to turn over and to learn from, particularly in terms of crafting a voice and finding one’s way in. Memoir is an academic field. This should become the seminal text.’ — Buzz Bissinger, author of Father’s Day, A Prayer For The City, and Friday Night Lights.

There’s nothing quite like family, for good or bad. But in a world where we sometimes know more about the Kardashians than we do the people sleeping right down the hall, it’s easy to forget that walking through life with our family offers all sorts of joy wrapped up in the seemingly mundane. There’s even a little bit of sacred sitting smack-dab in the middle of the ordinary. And since time’s-a-wastin’, we need to be careful that we don’t take our people and their stories for granted. Whether it’s a marathon bacon-frying session, a road trip gone hysterically wrong, or a mother-in-law who makes every trip to the grocery store an adventure, author Sophie Hudson reminds us how important it is to slow down and treasure the day-to-day encounters with the people we love the most.

The Head of the Saint
by Socorro Acioli [YA Acioli]

A quirky story of love, mischief, and forgiveness from Brazil’s foremost award-winning author for young readers, in her U.S. debut.

Fourteen-year-old Samuel is newly orphaned and homeless in a small town in Brazil. He lives in a giant, hollow, concrete head of St. Anthony, the lingering evidence of the village’s inept and failed attempt to build a monolith over a decade ago. He didn’t know what it was when he crawled into it, seeking shelter during a storm, but since coming there, he hears beautiful singing, echoing like magic in the head twice a day. So he stays.

Miraculously, he can also hear the private prayers and longings of the villagers. Feeling mischievous, Samuel begins to help answer these prayers, hoping that if he does, their noise will quiet down and he can listen to the beautiful singing in peace. Ironically, his miracles gain him so many fans that he starts to worry he will never fulfill his own true longing and find the source of the singing.

Filled with beautiful turns of phrase and wonderfully quirky characters, The Head of the Saint is a riotous story of faith and magic that won’t soon leave your thoughts.

The Alaskan landscape-so vast, dramatic, and unbelievable-may be the reason the people in Haines, Alaska (population 2,400), so often discuss the meaning of life. Heather Lende thinks it helps make life mean more. Since her bestselling first book, If You Lived Here, I’d Know Your Name, a near-fatal bicycle accident has given Lende a few more reasons to consider matters both spiritual and temporal. Her idea of spirituality is rooted in community, and here she explores faith and forgiveness, loss and devotion-as well as raising totem poles, canning salmon, and other distinctly Alaskan adventures. Lende’s irrepressible spirit, her wry humor, and her commitment to living a life on the edge of the world resonate on every page. Like her own mother’s last wish- take good care of the garden and dogs -Lende’s writing, so honest and unadorned, deepens our understanding of what links all humanity.

Once Was Lost
by Sara Zarr [YA PB Zarr]

Samara Taylor used to believe in miracles. She used to believe in a lot of things. As a pastor’s kid, it’s hard not to buy in to the idea of the perfect family, a loving God, and amazing grace. But lately, Sam has a lot of reason to doubt. Her mother lands in rehab after a DUI and her father seems more interested in his congregation than his family. When a young girl in her small town is kidnapped, the local tragedy overlaps with Sam’s personal one, and the already-worn thread of faith holding her together begins to unravel.

In her third novel, acclaimed author Sara Zarr examines the coexistence of affliction and hope, and what happens when everything you thought you believed—about God, about your family, about yourself—is transformed. 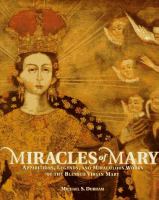 A lavishly illustrated profile of the Virgin Mary combines such art masterpieces as The Lady in White at Lourdes, The Virgin of Guadalupe, and the Queen of Heaven with stories about her miracles and apparitions.

A farmer moves his family to South Africa and suffers a series of seemingly insurmountable losses. Through unlikely friendships and much needed divine intervention, he discovers his life’s true purpose and it sustains his unwavering belief in the power of faith.

Do Not Go Gentle: My Search for Miracles in a Cynical Time
by Ann Hood [B H7568]

Ann Hood is firmly rooted in the physical world–practical, realistic, and skeptical about many things in life at the cusp of the second millennium. But despite these traits, she traveled all the way from Rhode Island to El Santuario de Chimayo in New Mexico with her newborn daughter, believing she could bring home a miracle for her dying father. Ultimately, Ann Hood discovered the courage to accept what had come her way, and an appreciation for the faith in miracles held by millions around the world.

When a girl and her mother are forced to start over, they find themselves feeling isolated and defeated. Longing for their former neighborhood and friends, and overwhelmed by the repairs their new house needs, they finally realize they can’t do everything alone – the only way to make things better is to ask for help. They both learn that when you reach out to the community, people answer with kindness. As the house gets rebuilt, so does their sense of belonging.

The play is set in Buffalo, New York. Can you name 5 other cities in New York state?

The Blessed Virgin Mary materializes in the family barber shop. Can you name 3 other stories (movies/plays/books) involving a barber shop?

There is a 20 foot shrine of the Virgin Mary in this play. Can you name 3 other biblical figures?