A booklist for: Miss Nelson is Missing!

This is a booklist created by Gere Branch library staff to accompany the stage production of Miss Nelson is Missing! at Gere’s neighbor, The Lincoln Community Playhouse.

Miss Nelson is Missing! is a comical stage play, adapted by Jeffrey Hatcher, from the popular children’s picture book (1977) Miss Nelson is Missing!, written by Harry Allard, with art by James Marshall. Miss Nelson can’t control her crazy classroom because she’s just too nice. But when she disappears, her replacement is the hard-as-nails, detention-loving, recess-canceling, homework-overloading substitute teacher Viola Swamp! With the Big Test approaching, the kids suddenly realize how much they miss Miss Nelson and they’ll do anything — including hiring a private eye — to solve the mystery of her disappearance and bring her back.

A Couple of April Fools
by Gregory Maguire [j Maguire]

At a Vermont elementary school, April Fools’ Day takes on a sinister tone when a teacher goes missing and several suspects emerge, among them the teacher’s fiancé and a missing mutant chick.

Smiffy Blue: Ace Crime Detective – The Case of the Missing Ruby and Other Stories
by Walter Dean Myer [jC Myer]

Famous crime fighter Smiffy Blue blunders his way to solving the mystery of a missing formula and three other cases. 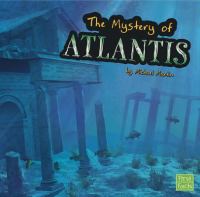 The Unsolved Mystery of Atlantis
by Michael Martin [j398.42 Mar]

Legend tells us that thousands of years ago a giant wave ruined a beautiful city called Atlantis. Did this city actually exist? Explore this unsolved mystery, and learn why some people believe and others don’t. 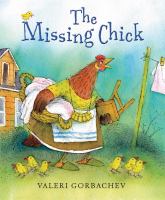 One of Mother Hen’s little chicks is missing. Did they leave him in the house? Is he hiding in his bed, or under a bush? Mother Hen and the neighbors search high and low, but there’s still no sign of the missing chick.

Archie Wiggins is forced out of the Baker Street Irregulars and after forming another band, he and his new cohorts investigate the disappearance of Sherlock Holmes and a possible attempt on the life of Queen Victoria. 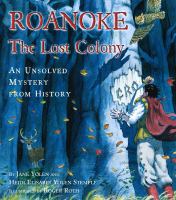 In 1587 John White was chosen by Sir Walter Raleigh to lead a new colony at Roanoke off the Atlantic coast. After bringing many men, women, and children to the new land, White went back to England to gather supplies for the long winter. But when he finally returned to the fort almost three years later, he found that all of the colonists had vanished. The only signs of life left were the letters CRO carved into a tree and the word CROATOAN carved into one of the fort’s posts. Some people think that the Spanish army captured the colonists; some people think that the local native people murdered them; others think that the colonists went off to live with the native people and start a new life. Still others think that the colonists tried to sail home to England and were lost at sea. No one knows for sure.

The Buddy Files: The Case of the Missing Family
by Dori Hillestad Butler [jC Butler]

Buddy has settled with his adopted family, but he’s never given up on finding his beloved human, Kayla, and his first family. One night he sees men taking things out of Kayla’s old house and loading them into a van. What’s up? Though his friend Mouse advises against it, in the middle of the night Buddy decides to make a daring move, leaving everything he knows behind. 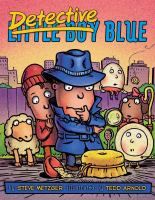 With the help of his nursery rhyme friends, Little Boy Blue, who now runs a detective agency, solves the mystery of the missing Miss Muffet.

In December 1926, Agatha Christie vanished mysteriously from her home in England. She was found eleven days later in a hotel, claiming amnesia. Until now, no one knew what happened during the first twenty-four hours of her disappearance or if her amnesia was genuine. Christie never recovered from the press’ scrutiny, and the private anguish ensured that she made no reference to it in her own memoirs. This paperback edition of Jared Cade’s riveting book has the answers, with startling accounts by her relatives that reveal why she staged the disappearance and how it went terribly wrong.

The Eternal Nazi: From Mauthausen to Cairo, the Relentless Pursuit of SS Doctor Aribert Heim
by Nicholas Kulish [Biography Heim]

As late as 2009, the mystery of Heim’s disappearance remained unsolved. Now, in The Eternal Nazi, Nicholas Kulish and Souad Mekhennet reveal for the first time how Aribert Heim evaded capture–living in a working-class neighborhood of Cairo, praying in Arabic, beloved by an adopted Muslim family–while inspiring a manhunt that outlived him by many years. It is a brilliant feat of historical detection that illuminates a nation’s dramatic reckoning with the crimes of the Holocaust.

In the summer of June of 1991, I was a normal kid. I did normal things. I had friends and a mother that loved me. I was just like you. Until the day my life was stolen. For eighteen years I was a prisoner. I was an object for someone to use and abuse. For eighteen years I was not allowed to speak my own name. I became a mother and was forced to be a sister. For eighteen years I survived an impossible situation. On August 26, 2009, I took my name back. My name is Jaycee Lee Dugard. I don’t think of myself as a victim, I simply survived an intolerable situation. A Stolen Life is my story—in my own words, in my own way, exactly as I remember it.

Priceless: How I Went Undercover to Rescue the World’s Stolen Treasures
by Robert Wittman and John Shiffman [364.162 Wit]

Robert K. Wittman, the founder of the FBI’s Art Crime Team, pulls back the curtain on his remarkable career, offering a real-life international thriller. The son of an antique dealer, Wittman built a twenty-year career going undercover, usually unarmed, to catch art thieves, scammers, and black market traders in Paris and Philadelphia, Rio and Santa Fe, Miami and Madrid. Wittman tells the stories behind his recoveries of priceless art and antiquities: the golden armor of an ancient Peruvian warrior king; the Rodin sculpture that inspired the Impressionist movement; the rare Civil War battle flag carried into battle by one of the nation’s first African-American regiments.

New York in the late 1980s. Ceinwen Reilly has just moved from Yazoo City, Mississippi, and she’s never going back, minimum wage job (vintage store salesgirl) and shabby apartment (Avenue C walkup) be damned. Who cares about earthly matters when Ceinwen can spend her days and her nights at the repertory houses–and most of the time that’s left trying to look like Jean Harlow? One day, Ceinwen discovers that her downstairs neighbor may have–just possibly–starred in a forgotten silent film that hasn’t been seen for ages. So naturally, it’s time for a quest. She will track down the missing reels, she will impress her neighbor, and she will become a part of movie history: the archivist as inge.

Annabel Mendelssohn has an unusual but oddly satisfying life — studying spectacled fruit bats in the rain forest of Australia. She spends her free time discovering waterfalls and e-mailing her sister, Alice, who has settled for the more domesticated science of grant administration. Although she has an unfriendly roommate and occasionally fears that loggers will disturb her bats, all seems to be going according to plan, until Annabel’s mentor, the enigmatic Professor John Goode, suddenly disappears.

Abandoned by her husband and her two sons who went out to search for him, Gretta Pope must follow her family across the rugged badlands of 1880s Montana.

In the Woods: A Dublin Murder Squad Mystery
by Tana French [French]

Twenty years after witnessing the violent disappearances of two companions from their small Dublin suburb, detective Rob Ryan investigates a chillingly similar murder that takes place in the same wooded area, a case that forces him to piece together his traumatic memories.