A booklist for: Mothers & Sons

This is a booklist created by Gere Branch Library staff to accompany the stage production Mothers & Sons at Gere’s neighbor, The Lincoln Community Playhouse.

Mothers & Sons, by acclaimed American playwright Terrence McNally (Ragtime, Love! Valour! Compassion!, Kiss of the Spider Woman, and more…), takes place in a New York City apartment. Dallas matron Katherine Gerard lost her son to AIDS 20 years ago. She now visits her son’s former partner, Cal, who has married another gay man and who is raising a young son of his own. Katherine and Cal attempt to reconcile over the events of nearly a generation ago.

Worth Fighting For: Love, Loss and Moving Forward
by Lisa Niemi [Biography Swayze]

This Star Won’t Go Out: The Life and Words of Esther Grace Earl
by Ester Earl [j Biography Earl]

Wondering Who You Are: A Memoir
by Sonya Lee [Biography Lee]

The Price of Stones: Building a School for My Village
by Twesigye Jackson Kaguri [302.78 Kag]

In the Absence of Angels: A Hollywood Family’s Courageous Story
by Elizabeth Glaser [362.19 Gla] 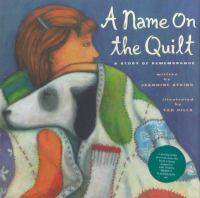 A Name on the Quilt: A Story of Remembrance
by Jeannine Atkins [jP Atkins] 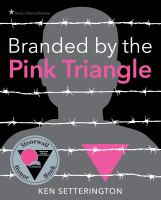 Branded by the Pink Triangle
by Ken Setterington [940.531 Set]

The Meaning of Matthew: My Son’s Murder in Laramie, and a World Transformed
by Judy Shepard [364.152 She]

My Two Moms: Lessons of Love, Strength and What Makes a Family
by Zach Wahls [Biography Wahls]

HIV / AIDS by the Numbers

Statistics from the CDC