A booklist for: Peter Pan

This is a booklist created by Gere Branch library staff to accompany the stage production of Peter Pan at Gere’s neighbor, The Lincoln Community Playhouse.

Peter Pan is a stage musical, first performed in 1954, based on the classic 1904 children’s fantasy play, Peter Pan by author J.M. Barrie, and on his own novelized version of that play (from 1911). The music is by Mark “Moose” Charlap, with additional music by Jule Styne, and most of the lyrics were written by Carolyn Leigh, with additional lyrics by Betty Comden and Adolph Green. The staged versions of this — it has also been done as a live production on television — generally featured women in the role of Peter. Best known among the performers were Mary Martin, Sandy Duncan and Cathy Rigby, each of which were required to do acrobat “flying” work on elaborate wire rigs. Both versions tell the story of Peter Pan, a mischievous yet innocent little boy who can fly, and has many adventures on the island of Neverland that is inhabited by mermaids, fairies, Native Americans and pirates. Peter has many stories involving Wendy Darling and her two brothers, his jealous fairy Tinker Bell, the unaging Lost Boys, and the dreaded pirate Captain Hook. 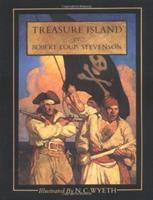 Jim Hawkins’ dangerous search for pirate treasure offers a captivating glimpse into the world of sailors and sea voyaging. The epic tale of a young man’s quest to capture a hidden treasure on the open seas — one of the best-loved adventure stories of all time. 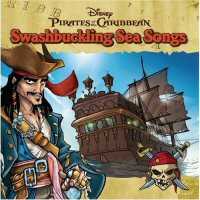 Pirates of the Caribbean: Swashbuckling Sea Songs is a compilation of songs about pirates. 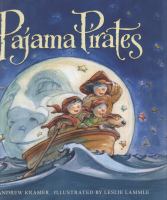 Come bedtime, the pajama pirates know just what to do: put on their pj’s and let the treasure hunt begin!

They set sail on an adventure that’s filled with enemy pirate ships, a sword fight, a streak of lightning, and a storm sent by Mama Nature herself. But have no fear–these pajama pirates will not become shark bait!

This nighttime voyage full of fun will ultimately lead little ones to the calming tides of bed.

Unicorns are now free, but other magical folk are still in hiding–except for one faerie, Alida, who is a prisoner in Lord Dunraven’s castle. That is, until she escapes and a fierce struggle begins. Alida fights to free the faeries from the terrible promise they were forced to make to Lord Dunraven–but Lord Dunraven is desperate to continue denying his people the hope they derive from the existence of magical beings. 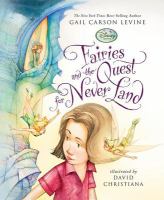 Gwendolyn Carlisle loves fairies, perhaps too much. On her birthday, she receives the precious kiss necklace which has been passed down from mother to daughter ever since Peter Pan gave it to Wendy Darling. That night, Gwendolyn has the first of her visions-tantalizing, lifelike visions, almost as if she were actually in Fairy Haven. She sees animaltalent fairy Beck give a pie to wise Mother Dove and hears the voices of water-talent Rani and even Tinker Bell herself.

More than anything, Gwendolyn wishes she could be there. When she is just about to lose hope, Peter Pan comes at last and blows fairy dust on her. The instant they reach Never Land, she sets out to find fairies. But the fairies are not eager to meet her.

Then the evil Kyto, a dragon the fairies once helped to capture, escapes. He intends to destroy Never Land, starting with Fairy Haven. The fairies have but one choice: they must stop Kyto. As they set out on their desperate quest-a quest that could be their very last-the fairies must decide if Gwendolyn can help or hinder…

A collection of poems by such writers as Robert Graves, William Shakespeare, and Walter de la Mare and tales from around the world about fairies in all their forms.

Peter and the Starcatchers
by Dave Barry [j Barry]

Don’t even think of starting this book unless you’re sitting in a comfortable chair and have lots of time. A fast-paced, impossible-to-put-down adventure awaits as the young orphan Peter and his mates are dispatched to an island ruled by the evil King Zarboff. They set sail aboard the Never Land, a ship carrying a precious and mysterious trunk in its cargo hold-and the journey quickly becomes fraught with excitement and danger. Discover richly developed characters in the sweet but sophisticated Molly, the scary but familiar Black Stache, and the fearless Peter. Treacherous battles with pirates, foreboding thunderstorms at sea, and evocative writing immerse the reader in a story that slowly and finally reveals the secrets and mysteries of the beloved Peter Pan.

Escape From the Carnivale
by Dave Barry [j Barry]

From the bestselling authors of Peter and the Star catchers comes the firstbook in a new adventure series featuring Peter’s friends and enemies in NeverLand.

School has only been out for one whole day, and Ashley can already tell her vacation is going to bore her to tears. With her friends out of town and her parents working nonstop, she finds herself alone and with nothing to do–until one night she wakes up and discovers Peter Pan in her bedroom, wrestling with his shadow. Since his original adventure with the Darlings, Peter Pan has been bringing new “Wendy girls” to Neverland to take care of the Lost Boys. But Ashley’s made of much tougher stuff than the Wendy girls before her–she’d rather befriend the mermaids or fight Captain Hook and his pirate crew. Creating new adventures for her friends, Ashley is bringing change to Neverland . . . and not everyone is happy about it.

Life is not easy for twelve-year-old Erec Rex. His single mother can barely support her six adopted kids. And they’ve moved into an apartment so tiny that Erec sleeps with the washing machine. Worse, there is a strange force within Erec that is making him do odd things. His urge to obey these thoughts grows — until it becomes impossible to resist them.

Then one morning, Erec’s mother is missing. The force inside Erec commands him to find her, leading him on an adventure that will change him forever. When he arrives in Alypium, a hidden world where old knowledge of magic is kept, Erec learns that his mother and the entire kingdom are in peril. And he might be the only one who can save them.

The Lion, the Witch and the Wardrobe
by C.S. Lewis [j Lewis]

Four adventurous siblings–Peter, Susan, Edmund, and Lucy Pevensie–step through a wardrobe door and into the land of Narnia, a land frozen in eternal winter and enslaved by the power of the White Witch. But when almost all hope is lost, the return of the Great Lion, Aslan, signals a great change . . . and a great sacrifice.

Step through the wardrobe and into The Lion, the Witch and the Wardrobe, the second book in C. S. Lewis’s classic fantasy series, which has been enchanting readers of all ages for over sixty years.

When Disney comes looking for five teenagers to serve as actors for a new technology-Daylight Hologram Images, or DHIs-there is more to it than meets the eye. Strange things have been happening inside the Florida park: parts from one ride are found mysteriously moved to another; in the Fantasmic! show, the dragon unexplainably triumphs over Mickey; little blips in story lines and “offstage” antics by characters trouble managers. Finn Whitman, a middle-schooler, goes to sleep one night and has the dream of a lifetime: he “wakes up” inside Disney World as his DHI character, a glowing hologram. He meets an old man there, Wayne, who claims to be one of the original Imagineers and explains to Finn that he “and your friends” have a mission to save the park from forces that humans can neither see nor hear. Not believing his dream, but not totally discounting it, Finn, back in real life, sets out to find the four other kids who were chosen to be DHIs and in doing so he learns an eerie fact: he is not alone in this “dream.” The others have had similar experiences. What if this is for real?