The Best Christmas Pageant Ever – 2011

A booklist for: The Best Christmas Pageant Ever

This is a booklist created by Gere Branch library staff to accompany the stage production of The Best Christmas Pageant Ever at Gere’s neighbor, The Lincoln Community Playhouse.

The Best Christmas Pageant Ever is a 1982 play, adapted by Barbara Robinson from her own 1972 novel.

In this hilarious Christmas classic, a couple struggling to put on a church Christmas pageant is faced with casting the Herdman kids–probably the most inventively awful kids in history. You won’t believe the mayhem – and the fun – when the Herdmans collide with the Christmas story head on!

This delightful comedy is adapted from the best-selling Young Adult book, and has become a holiday staple for groups across the United States! Features plenty of great roles for children and adults, a few favorite Christmas Carols, and a lot of laughs!

This show was produced again by the Lincoln Community Playhouse in 2017. Click here for the booklist released for that year’s production.

Following the turn of the seasons, eleven year old Eldon traces the daily routines of his life on a farm and his relationship with his older brother Wayne. During the winter, with little work to be done on the farm, Eldon and Wayne spend the quiet hours with their family, listening to their Uncle David’s stories.

The snow-walker Gudrun came from the swirling mists and icy depths beyond the edge of the world to rule the Jarl’s people with fear and sorcery, but a small band of outlaws will fight to the death to restore the land to its rightful leader. 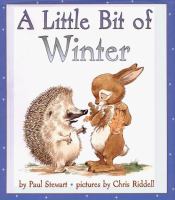 A Little Bit of Winter
by Paul Stewart [jP Stewart]

Hedgehog, who hibernates through the winter, wants to know what winter feels like, so he asks his friend Rabbit to save him a little bit of winter to share in the spring. 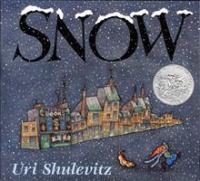 No one thinks one or two snowflakes will amount to anything. Not the man with the hat or the lady with the umbrella. Not even the television or the radio forecasters. But one boy and his dog have faith that the snow will amount to something spectacular, and when flakes start to swirl down on the city, they are also the only ones who know how to truly enjoy it. 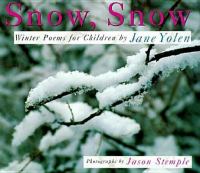 A treasury of wintry, shivery poems includes Mountain Snowstorm, Snow On The Trees, and River In Winter.

More than 50 poems and stories by A.A. Milne, E.E. Cummings, John Updike and others, to read aloud are included in this Christmas book. Families can join in carols and songs like Away in a Manger and The Twelve Days of Christmas.

The Best Christmas Pageant Ever
by Barbara Robinson [j Robinson]

Funny, memorable, and outrageous, it is the story of a family of incorrigible children who discover the Christmas story for the first time and help everyone else rediscover its true meaning. 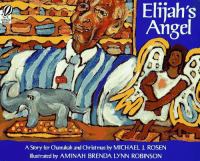 Michael and Elijah are friends, but when Elijah gives Michael one of his special carved angels, Michael doesn’t know what to do. How can he possibly take home a Christmas angel, a forbidden graven image–especially on Chanukah? A strikingly illustrated story that tenderly bridges the boundaries of age, race, and religion. 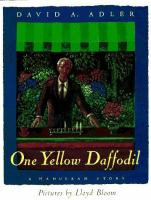 One Yellow Daffodil
by David A. Adler [jP Adler]

During Hanukkah two children help a Holocaust survivor to once again embrace his religious traditions. 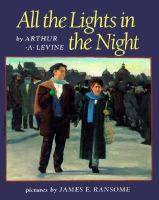 All the Lights in the Night
by Arthur A. Levine [jP Levine]

Two Jewish brothers set out on a dangerous journey to escape to Palestine. Traveling with nothing for comfort but a battered old lamp, they keep their spirits up by retelling the Hanukkah, and hoping for their own miracle come night. 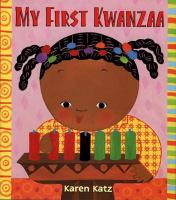 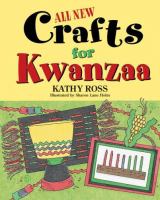 22 fun projects for kids help them learn about Kwanzaa. 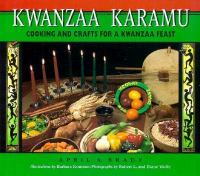 Horrible Harry and the Holidaze
by Suzi Kline [jC Kline]