A booklist for: The Hundred Dresses

This is a booklist created by Gere Branch library staff to accompany the stage production of The Hundred Dresses at Gere’s neighbor, The Lincoln Community Playhouse.

The Hundred Dresses is a comedy/drama play adapted by Ralph Covert and G. Riley Mills from the popular juvenile novel of the same name by Eleanor Estes. Wanda Petronski, a second-grader, lives way up in a shabby house in Boggins Heights, and she doesn’t have any friends. Every day she wears a faded blue dress, but she tells her classmates that she has a hundred dresses at home of all fabrics and colors. Soon Maddie, Peggy, Jack and their classmates make a game of teasing Wanda about her hundred dresses until one day she disappears from school, leaving just an empty seat where she once sat. As feelings of guilt overtake the children, Maddie and the others decide they must find out what happened to Wanda and make amends for the way they treated her. But is it too late?

To Kill a Mockingbird
by Harper Lee [Lee]

A young girl growing up in an Alabama town in the 1930s learns of injustice and violence when her father, a widowed lawyer, defends a black man falsely accused of rape.

The Lacuna
by Barbara Kingsolver [Kingsolver]

The story of Harrison William Shepherd, a man caught between two worlds — Mexico and the United States in the 1930s, ’40s, and ’50s — and whose search for identity takes readers to the heart of the twentieth century’s most tumultuous events.

When her best friend, Gemma, loses her parents in a tragic fire, Jessilyn’s father vows to care for her as one of his own, despite the fact that Gemma is black and prejudice is prevalent in their southern Virginia town.

Pears on a Willow Tree is a multigenerational roadmap of love and hate, distance and closeness, and the lure of roots that both bind and sustain us all.

What Lies Between Us
by Naomi Munaweera [Munaweera]

In the idyllic hill country of Sri Lanka, a young girl grows up with her loving family; but even in the midst of this paradise, terror lurks in the shadows. When tragedy strikes, she and her mother must seek safety by immigrating to America. There the girl reinvents herself as an American teenager to survive. 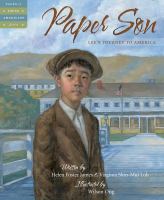 Twelve-year-old Lee, an orphan, reluctantly leaves his grandparents in China for the long sea voyage to San Francisco, where he and other immigrants undergo examinations at Angel Island Immigration Station.

Rifka knows nothing about America when she flees from Russia with her family in 1919. But she dreams that in the new country she will at last be safe from the Russian soldiers and their harsh treatment of the Jews. Throughout her journey, Rifka carries with her a cherished volume of poetry by Alexander Pushkin. In it, she records her observations and experiences in the form of letters to Tovah, the beloved cousin she has left behind. 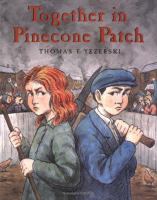 Together in Pinecone Patch
by Thomas Yezerski [jP Yezerski]

A girl from Ireland and a boy from Poland overcome the prejudices held by the residents of the small American town to which they have emigrated.

A tight-lipped Polish girl in a faded blue dress wins a medal and teaches her classmates a lesson.

A twelve-year-old Polish American girl is boarded onto an orphan train in Chicago with fears about traveling to the West and a life of unpaid slavery.

Wanda Petronski, from 100 Dresses, was a Polish immigrant and there were many other European immigrants in the U.S. at that time in history. Can you name the capital cities (modern) of these European countries?