The Lion King Jr. – The Musical

A booklist for: The Lion King Jr. – The Musical

This is a booklist created by Gere Branch library staff to accompany the stage production of The Lion King Jr. – The Musical at Gere’s neighbor, The Lincoln Community Playhouse.

The Lion King Jr. – The Musical is a stage musical, adapted from 1997 Disney full-length musical The Lion King, which itself was adapted from the 1994 Disney animated film The Lion King. This version has been shortened and simplified to be easily performed by middle school students. Both the story and music in this shortened version closely follow the original film. Songs from the Disney film include “Circle Of Life”, “I Just Can’t Wait To Be King”, “Be Prepared”, “Hakuna Matata”, and “Can You Feel The Love Tonight”. It also has two extra songs “They Live In You” & “He Lives In You”, which was originally written for “The Lion King Sequel”. Features music by Elton John, Tim Rice, Will Van Dyke, Lebo M., Mark Mancina and Jay Rifkin.

After Lion King Mufasa introduces his newborn son, Simba, as his heir, to the rest of the African jungle animals, his jealous brother, Scar, plots for a way to inherit the throne himself. While Simba is still a youth, Scar engineers an accident that kills Mufasa, and which can be blamed on Simba. Scar ascends to the Lion King throne, aided by his hyena henchmen. When Scar’s reign leads to extreme unhappiness, Simba’s childhood friend, Nala, along with wise Rafiki (a mandrake), and comic relief duo Timon (a meerkat) and Pumba (a warthog), have to find Simba in exile and convince the young prince to return to their kingdom and challenge his hated uncle for the leadership of the jungle.

You can also see this list in the original format it appeared on the Lincoln Community Playhouse website, complete with African Animal Trivia by clicking this link.

Reading Recommendations for fans of The Lion King Jr.: 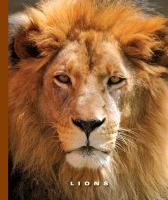 A fact-filled look at one of Earth’s most feared hunters–the lion. Learn about their habitats, their social structures, and even conservation efforts inside. 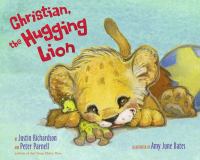 When Ace and John find a lion cub for sale at Harrods department store, they buy him, name him Christian, and the three live happily for a year in a London apartment, but eventually Christian grows too big and they must let him go to live the life of a wild cat. Based on a true story. 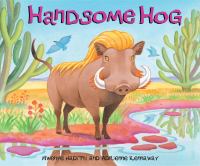 On the Great Grassy African Plain Handsome Hog had a beautiful smooth coat and an extremely elegant tail. This is the story of how Handsome Hog lost his looks and became known as Warthog to the other animals.

Meet the Whiskers, a remarkable family of South African meerkats living on the edge of Africa’s Kalahari Desert. Chronicles the every facet of the group’s astonishing and complex social lives. From snake attacks to gang warfare, from babysitting the “kids” to repelling ferocious predators, includes never-before-seen behaviors and non-stop adventures of this animal family. 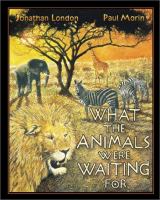 What the Animals Were Waiting For
by Jonathan London [jP London]

It is a time of waiting. The gazelles, the wildebeest and the zebras are all waiting. The lions, too, and the crocodiles are waiting. Little Tepi watches the animals and wonders what is coming. Soon there will be rain, and food for everyone! In simple, stirring verse, this stunningly illustrated picture book tells the story of the dramatic cycles of life on the Masai Mara range in Africa — one of the last great, wild places on Earth. 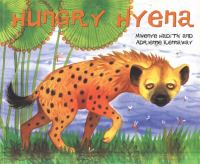 Hungry Hyena steals Fish Eagle’s dinner and sets off a chain of events which leads to the hyenas reaching for the moon … with disastrous results. This is the story of how Hungry Hyena came to slink about on the great African plain and how Fish Eagle soars in the clouds. 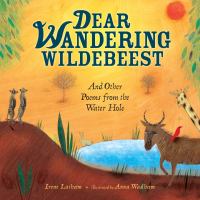 Dear Wandering Wildebeest: And Other Poems From the Water Hole
by Irene Latham [jP Latham]

Spend a day at a water hole on the African grasslands. From dawn to nightfall, animals come and go. Giraffes gulp, wildebeest graze, impalas leap, vultures squabble, and elephants wallow. Fact sidebars support the poems about the animals and their environment. Imaginative illustrations from Anna Wadham complete this delightful collection. 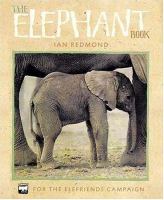 The elephant is the world’s largest land animal, the serene and peaceful inhabitant of waving grasslands. An elephant loves and is loved, cares for its offspring, greets its friends with elephantine joy, mourns their passing — and remembers.

Simba, a lion cub who cannot wait to be king, searches for his destiny in the great “Circle of Life” in this coming-of-age adventure.

See the real story behind the lion king … at least from Timon and Pumbaa’s perspective. The truth will be exposed about some “passed” events – such as when King Mufasa introduced his young heir to the animal kingdom. Reveals the true hullabaloo behind their departures from the meerkat and warthog ‘hoods. Tag along as the two buddies from the brush search for their dream home, share their joys and trials as they raise young Simba using the “Hakuna Matata” philosophy, then cheer them as they help Simba save the Serengeti and reclaim his place atop Pride Rock.

Kiara, Simba’s headstrong daughter and heir to the Pride Lands, is on the prowl for adventure. While boldly exploring the Outlands – which are strictly off-limits – she meets Kovu, a young cub chosen to walk in Scar’s path. Kiara and Kovu find that they may be the only hope left for healing the rift between their two prides.