The Sound of Music

A booklist for: The Sound of Music

This is a booklist created by Gere Branch library staff to accompany the stage production of The Sound of Music at Gere’s neighbor, The Lincoln Community Playhouse.

The Sound of Music is a musical with music by Richard Rodgers, lyrics by Oscar Hammerstein II and a book by Howard Lindsay and Russel Crouse, which premiered on Broadway in 1959, and which eventually led to the classic 1965 film starring Julie Andrews and Christopher Plummer. It is based on the memoir of Maria von Trapp, The Story of the Trapp Family Singers. Set in Austria on the eve of the Anschluss in 1938, the musical tells the story of Maria, who takes a job as governess to a large family while she decides whether to become a nun. She falls in love with the children, and eventually their widowed father, Captain von Trapp. He is ordered to accept a commission in the German navy, but he opposes the Nazis. He and Maria decide on a plan to flee Austria with the children. Many songs from the musical have become standards, such as “Edelweiss”, “My Favorite Things”, “Climb Ev’ry Mountain”, “Do-Re-Mi”, and the title song “The Sound of Music”.

Reading Recommendations for the Themes and Subjects of The Sound of Music: 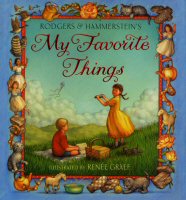 Rodgers and Hammerstein’s beloved song from The Sound of Music has captured hearts for generations. Now acclaimed illustrator Renée Graef’s heartwarming illustrations give it new meaning. Complete with its score, My Favorite Things is perfect for reading and sharing.

Music is magical. Whether it is fast or slow, loud or soft, haunting or uplifting, music makes our world a richer place. Some people dance to it, some write, play or sing it, and others just listen. Music’s power is that it touches everyone in different ways. It can be enjoyed by a crowd or by one person alone; it can mark grand occasions or bedtime. 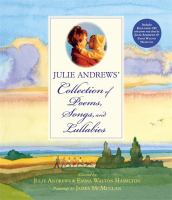 Julie Andrew’s Collection of Poems, Songs, and Lullabies
by Julie Andrews [j811.08 And]

In this comprehensive collection, coauthors Julie Andrews and daughter Emma Walton Hamilton share a diverse assortment of their most cherished poems, songs, lullabies, hymns, and more.

The Cellist of Sarajevo
by Steven Galloway [Galloway]

While a cellist plays at the site of a mortar attack to commemorate the deaths of twenty-two friends and neighbors, two other men set out in search of bread and water to keep themselves alive, and a woman sniper secretly protects the life of the cellist as her army becomes increasingly threatening.

A heart-warming stand alone novel about the life-affirming powers of music and company during a time of war, from the best-selling and beloved author of The No.1 Ladies’ Detective Agency. 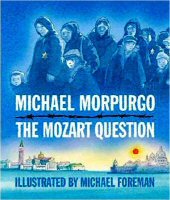 Like any young boy, Paolo becomes obsessed with what he can’t have — in his case, a violin. Hidden away in his parents’ room, it beckons the boy to release the music inside it. The music leads Paolo to a family secret, a story of World War II that changed the course of his parents’ lives. But once the truth is told, the family is reunited in a way no one had thought possible.

Laughter, joy, tears and sorrow await the reader of Maria. Maria von Trapp is one of the most colorful personalities of the Twentieth Century. Here for the first time the story of “The Real Maria” of Sound of Music fame as it really happened. The pages will unfold moments of truth, love, anger, despair and joyous heights that reach Heaven itself as Maria von Trapp shares her untold life with you the reader.

The Setting of the Pearl: Vienna Under Hitler
by Thomas Weyr [940.534 Wey]

This is not only the story of Nazi leaders but of how the Viennese themselves lived and died: those who embraced Hitler, those who resisted, and the many who merely, in the local phrase, “ran after the rabbit.” The author draws on his own experiences as a child in Vienna under Nazi rule in 1938, and those of his parents and friends, plus extensive documentary research, to craft a vivid historical narrative that chillingly captures how a once-great city lost its soul under Hitler. 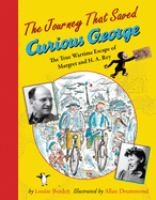 The Journey that Saved Curious George: The True Wartime Escape of Margret and H.A. Rey
by Louise Borden and Allan Drummond [j940.531 Bor]

In 1940, Hans and Margret Rey fled their Paris home as the German army advanced. They began their harrowing journey on bicycles, pedaling to Southern France with children’s book manuscripts among their few possessions. 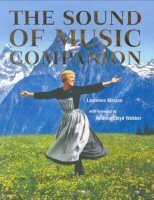 The Sound of Music Companion
by Lawrence Maslon [Music 782.14 Mas]

The definitive, authorized history of the worlds most beloved musical, The Sound of Music is packed with rare full-color illustrations and little-known facts, its evolution from stage to screen, and the composers, writers, and performers who brought the show to immortal life.

As Nazism takes over Austria, a governess and a widowed father fall in love and escape the country with his large family of musically-talented children. 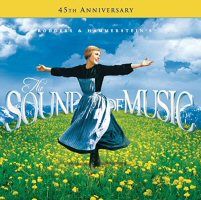 Nominated for ten Academy Awards and winner of five, The Sound of Music was the number one box office champion from 1966 to 1972 according to Variety’s survey. Today it stands as the most successful movie musical of all time. This special edition includes a very special nod to the music’s impact and influence on younger generations: My Favorite Things, sung by Lea Michele of the hit TV show Glee. 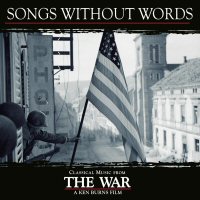 To reflect upon the deep and complex emotions that gripped Americans on the home front and battle during World War II, filmmaker Ken Burns turned to classical music to underscore key moments and themes in THE WAR. The gravitas of a full orchestra, the lamenting sound of a cello, the intimacy of chamber music, and the uplifting surge of melody songs without words, both familiar and rarely heard combine to create a provocative expression of a nation in the midst of the greatest cataclysm in history.