To Kill a Mockingbird

A booklist for: To Kill a Mockingbird

This is a booklist created by Gere Branch library staff to accompany the stage production of To Kill a Mockingbird at Gere’s neighbor, The Lincoln Community Playhouse.

Harper Lee’s classic novel of a lawyer in the Deep South defending a black man charged with the rape of a white girl. One of the best-loved stories of all time, To Kill a Mockingbird has earned many distinctions since its original publication in 1960. It won the Pulitzer Prize, has been translated into more than forty languages, sold more than thirty million copies worldwide, and been made into an enormously popular 1962 movie, starring Gregory Peck. Most recently, librarians across the country gave the book the highest of honors by voting it the best novel of the twentieth century. The stage play To Kill a Mockingbird is a dramatized adaptation of Harper Lee’s classic 1960 novel about race relations and justice in the American South. As a play, it was first performed in 1990. It has since gone on to become nearly as beloved as the novel upon which it is based.

You can also find additional good reads on our If You Like…To Kill a Mockingbird booklist here on BookGuide.

Catcher in the Rye
by J.D. Salinger [Salinger]

Anyone who has read J.D. Salinger’s New Yorker stories ? particularly A Perfect Day for Bananafish, Uncle Wiggily in Connecticut, The Laughing Man, and For Esme ? With Love and Squalor, will not be surprised by the fact that his first novel is fully of children. The hero-narrator of THE CATCHER IN THE RYE is an ancient child of sixteen, a native New Yorker named Holden Caulfield. Through circumstances that tend to preclude adult, secondhand description, he leaves his prep school in Pennsylvania and goes underground in New York City for three days. The boy himself is at once too simple and too complex for us to make any final comment about him or his story. Perhaps the safest thing we can say about Holden is that he was born in the world not just strongly attracted to beauty but, almost, hopelessly impaled on it. There are many voices in this novel: children’s voices, adult voices, underground voices-but Holden’s voice is the most eloquent of all. Transcending his own vernacular, yet remaining marvelously faithful to it, he issues a perfectly articulated cry of mixed pain and pleasure. However, like most lovers and clowns and poets of the higher orders, he keeps most of the pain to, and for, himself. The pleasure he gives away, or sets aside, with all his heart. It is there for the reader who can handle it to keep.

The exemplary novel of the Jazz Age, F. Scott Fitzgeralds’ third book, The Great Gatsby (1925), stands as the supreme achievement of his career. T. S. Eliot read it three times and saw it as the “first step” American fiction had taken since Henry James; H. L. Mencken praised “the charm and beauty of the writing,” as well as Fitzgerald’s sharp social sense; and Thomas Wolfe hailed it as Fitzgerald’s “best work” thus far. The story of the fabulously wealthy Jay Gatsby and his love for the beautiful Daisy Buchanan, of lavish parties on Long Island at a time when, The New York Times remarked, “gin was the national drink and sex the national obsession,” it is an exquisitely crafted tale of America in the 1920s that resonates with the power of myth. A novel of lyrical beauty yet brutal realism, of magic, romance, and mysticism, The Great Gatsby is one of the great classics of twentieth-century literature.

Uncle Tom’s Cabin, or, Life Among the Lowly
by Harriet Beecher Stowe [Stowe]

When Uncle Tom’s Cabin was published in 1852, it became an international blockbuster, selling more than 300,000 copies in the United States alone in its first year. Progressive for her time, Harriet Beecher Stowe was one of the earliest writers to offer a shockingly realistic depiction of slavery. Her stirring indictment and portrait of human dignity in the most inhumane circumstances enlightened hundreds of thousands by revealing the human costs of slavery, which had until then been cloaked and justified by the racist misperceptions of the time. Langston Hughes called it “a moral battle cry,” noting that “the love and warmth and humanity that went into its writing keep it alive a century later,” and Tolstoy described it as “flowing from love of God and man.”

Still haunted by the death of her only brother, James, in the Great War, Evelyn Gifford is completely unprepared when a young nurse and her six-year-old son appear on the Giffords’ doorstep one night. The child, the nurse claims, is James’s, conceived in a battlefield hospital. The grief-stricken Giffords take them both in; but Evelyn, a struggling attorney, must now support her entire family-at a time when work for women lawyers is almost nonexistent. Suddenly a new case falls in Evelyn’s lap: Seemingly hopeless, it’s been abandoned by her male coworkers. The accused-a veteran charged with murdering his young wife- is almost certain to die on the gallows….And yet, Evelyn believes he is truly innocent, just as she suspects there may be more to the story of her “nephew” than meets the eye…

The Book of Air and Shadow
by Michael Gruber [Gruber]

A lost manuscript and its secrets buried for centuries…

An encrypted map that leads to incalculable wealth…

The Washington Post called Michael Gruber’s previous work “a miracle of intelligent fiction and among the essential novels of recent years.” Now comes his most intellectually provocative and compulsively readable novel yet.

Tap-tapping the keys and out come the words on this little screen, and who will read them I hardly know. I could be dead by the time anyone actually gets to read them, as dead as, say, Tolstoy. Or Shakespeare. Does it matter, when you read, if the person who wrote still lives?

These are the words of Jake Mishkin, whose seemingly innocent job as an intellectual property lawyer has put him at the center of a deadly conspiracy and a chase to find a priceless treasure involving William Shakespeare. As he awaits a killer–or killers–unknown, Jake writes an account of the events that led to this deadly endgame, a frantic chase that began when a fire in an antiquarian bookstore revealed the hiding place of letters containing a shocking secret, concealed for four hundred years. In a frantic race from New York to England and Switzerland, Jake finds himself matching wits with a shadowy figure who seems to anticipate his every move. What at first seems like a thrilling puzzle waiting to be deciphered soon turns into a dangerous game of cat-and-mouse, where no one–not family, not friends, not lovers–is to be trusted.

Moving between twenty-first-century America and seventeenth-century England, The Book of Air and Shadows is a modern thriller that brilliantly re-creates William Shakespeare’s life at the turn of the seventeenth century and combines an ingenious and intricately layered plot with a devastating portrait of a contemporary man on the brink of self-discovery…or self-destruction.

The Help
by Kathryn Stockett [Stockett]

The #1 New York Times bestselling novel and basis for the Academy Award-winning film.

Aibileen is a black maid in 1962 Jackson, Mississippi, who’s always taken orders quietly, but lately she’s unable to hold her bitterness back. Her friend Minny has never held her tongue but now must somehow keep secrets about her employer that leave her speechless. White socialite Skeeter just graduated college. She’s full of ambition, but without a husband, she’s considered a failure. Together, these seemingly different women join together to write a tell-all book about work as a black maid in the South, that could forever alter their destinies and the life of a small town…

Black Boy (American Hunger): A Record of Childhood and Youth
by Richard Wright [Biography Wright or B W9293]

With an introduction by Jerry W. Ward, Jr. Black Boy is a classic of American autobiography, a subtly crafted narrative of Richard Wright’ s journey from innocence to experience in the Jim Crow South. An enduring story of one young man’ s coming off age during a particular time and place, Black Boy remains a seminal text in our history about what it means to be a man, black, and Southern in America. Superb…The Library of America has insured that most of Wright’ s major texts are now available as he wanted them to be tread…Most important of all is the opportunity we now have to hear a great American writer speak with his own voice about matters that still resonate at the center of our lives. –Alfred Kazin, New York Time Book Review The publication of this new edition is not just an editorial innovation, it is a major event in American literary history. –Andrew Delbanco, New Republic 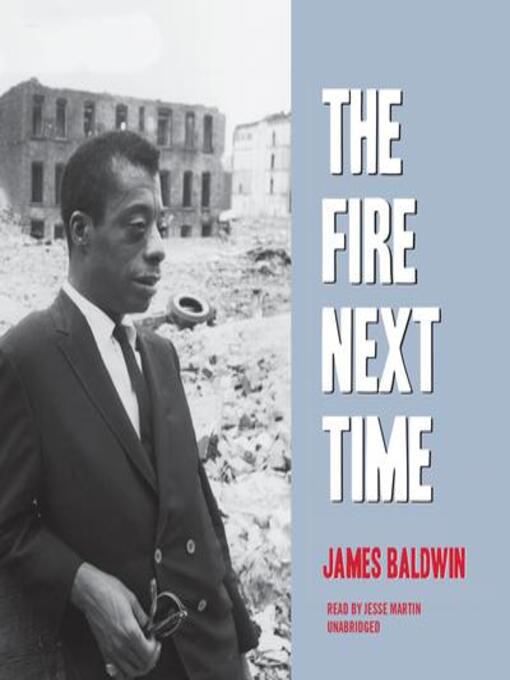 A national bestseller when it first appeared in 1963, The Fire Next Time galvanized the nation and gave passionate voice to the emerging civil rights movement. At once a powerful evocation of James Baldwin’s early life in Harlem and a disturbing examination of the consequences of racial injustice, the book is an intensely personal and provocative document. It consists of two “letters,” written on the occasion of the centennial of the Emancipation Proclamation, that exhort Americans, both black and white, to attack the terrible legacy of racism. Described by The New York Times Book Review as “sermon, ultimatum, confession, deposition, testament, and chronicle…all presented in searing, brilliant prose,” The Fire Next Time stands as a classic of our literature.

The Adventures of Huckleberry Finn
by Mark Twain (a.k.a. Samuel Clemens) [Twain]

The original Great American Novel, an incomparable adventure story and a classic of unruly humour, Twain’s masterpiece sees Huckleberry Finn and Jim the slave escape their difficult lives by fleeing down the Mississippi on a raft. There, they find steamships, feuding families, an unlikely Duke and King and vital lessons about the world in which they live. With its unforgettable cast of characters, Hemingway called this ‘the best book we’ve ever had’.

The Sound and the Fury
by William Faulkner [Faulkner]

The Sound and the Fury is the tragedy of the Compson family, featuring some of the most memorable characters in literature: beautiful, rebellious Caddy; the manchild Benjy; haunted, neurotic Quentin; Jason, the brutal cynic; and Dilsey, their black servant. Their lives fragmented and harrowed by history and legacy, the character’s voices and actions mesh to create what is arguably Faulkner’s masterpiece and one of the greatest novels of the twentieth century.

Folksy and fresh, endearing and affecting, Fried Green Tomatoes at the Whistle Stop Cafe is the now-classic novel of two women in the 1980s; of gray-headed Mrs. Threadgoode telling her life story to Evelyn, who is in the sad slump of middle age. The tale she tells is also of two women–of the irrepressibly daredevilish tomboy Idgie and her friend Ruth–who back in the thirties ran a little place in Whistle Stop, Alabama, a Southern kind of Cafe Wobegon offering good barbecue and good coffee and all kinds of love and laughter, even an occasional murder. And as the past unfolds, the present–for Evelyn and for us–will never be quite the same again…