A booklist for: West Side Story

This is a booklist created by Gere Branch library staff to accompany the stage production of West Side Story at Gere’s neighbor, The Lincoln Community Playhouse.

West Side Story is a musical with a book by Arthur Laurents, music by Leonard Bernstein, lyrics by Stephen Sondheim and conception and choreography by Jerome Robbins. It was inspired by William Shakespeare’s play Romeo and Juliet.

The story is set in the Upper West Side neighborhood in New York City in the mid 1950s, an ethnic, blue-collar neighborhood (in the early 1960s, much of the neighborhood was cleared in an urban renewal project for the Lincoln Center, which changed the neighborhood’s character). The musical explores the rivalry between the Jets and the Sharks, two teenage street gangs of different ethnic backgrounds. The members of the Sharks, from Puerto Rico, are taunted by the Jets, a white gang. The young protagonist, Tony, a former member of the Jets and best friend of the gang’s leader, Riff, falls in love with Maria, the sister of Bernardo, the leader of the Sharks. The dark theme, sophisticated music, extended dance scenes, and focus on social problems marked a turning point in American musical theatre. Bernstein’s score for the musical includes “Something’s Coming”, “Maria”, “America”, “Somewhere”, “Tonight”, “Jet Song”, “I Feel Pretty”, “A Boy Like That”, “One Hand, One Heart”, “Gee, Officer Krupke”, and “Cool”.

The original 1957 Broadway production, directed and choreographed by Jerome Robbins and produced by Robert E. Griffith and Harold Prince, marked Sondheim’s Broadway debut. It ran for 732 performances before going on tour. The production was nominated for six Tony Awards including Best Musical in 1957, but the award for Best Musical went to Meredith Willson’s The Music Man. Robbins won the Tony Award for his choreography and Oliver Smith won for his scenic designs. The show had an even longer-running London production, a number of revivals and international productions. A 1961 musical film of the same name, directed by Robert Wise and Robbins, starred Natalie Wood, Richard Beymer, Rita Moreno, George Chakiris and Russ Tamblyn. The film was nominated for eleven Academy Awards and won ten, including George Chakiris for Supporting Actor, Rita Moreno for Supporting Actress, and Best Picture.

Reading recommendations on the themes/subjects of West Side Story:

Romeo and Juliet is the tragic story of star-crossed lovers from feuding families. This edition provides the original text with parallel modern English translation.

Isolde, Queen of the Western Isle
by Rosalind Miles [Miles]

Isolde, a gifted healer and princess destined to inherit the Irish throne from her mother, falls in love with Tristan, nephew of the King of Cornwall, who is embroiled in a war with the Irish queen.

A tale set against a backdrop of New York City’s history from its founding through the September 11 attacks traces the experiences of characters who witness such periods as the Revolutionary War, the city’s emergence as a financial giant, and the Gilded Age.

This is an illustrated biography of the American conductor and composer Leonard Bernstein.

Asbury presents the definitive work on this subject, an illumination of the gangs of old New York that ultimately gave rise to the modern Mafia and its depiction in films like The Godfather. 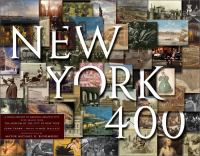 The year 2009 is a landmark in the history of New York, and America. It’s the 400th anniversary of Henry Hudson’s arrival along the river that bears his name. With public initiatives and media attention on commemorative events and exhibits at a fever pitch throughout the year, the stage is set for New York 400, a one-of-a-kind celebration of the greatest city in America.

This musical sets the tragedy of Romeo and Juliet against a backdrop of the rivalry of two street gangs, the Sharks and the Jets, in New York of the 1950s. A young woman who is sister to the Sharks leader has her first taste of love with the former head of the Jets. 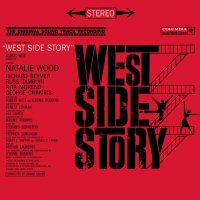 Soundtrack recordings from both the Motion Picture and Broadway Show are available.

According to Ponyboy, there are two kinds of people in the world: greasers and socs. Ponyboy is a greaser, and he’s always been proud of it, even willing to rumble against a gang of socs for the sake of his fellow greasers–until one terrible night when his friend Johnny kills a soc.

Romiette, an African-American girl, and Julio, a Hispanic boy, discover that they attend the same high school after falling in love on the Internet, but are harassed by a gang whose members object to their interracial dating. 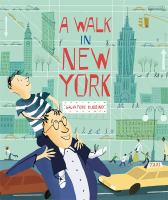 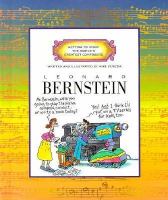 A brief biography of the talented composer, conductor, and musician known for his television series, Young People’s Concerts.