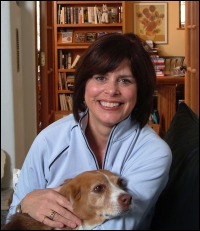 A list of works by Nebraska mystery author
Lise McClendon

Born in California, raised in Delaware and Nebraska, Lise McClendon was born into an academic family where her father was a university botany professor. She credits her mother with her first strong commitment to reading, the summer she was eleven and her mother made her “lie down and read!” for an hour after lunch. Mother really does know best. Many trips to the library on bicycle, Nancy Drew mysteries, Daphne Du Maurier gothics, and adventure novels like My Side of the Mountain, marked that summer and the beginning of a lifelong love of books.

In high school in Lincoln, Nebraska, where, too social for her own good, she swam on the synchronized swimming team, sewed her own clothes, and played a ‘Hot Box Girl’ in “Guys and Dolls,” she also worked on the school newspaper and decided to pursue journalism in college. She graduated from the University of Nebraska with a double major in broadcast journalism and sociology, to suit her practical and not-so-practical sides. A fascination with people, and writing about them, led eventually to her career in fiction.

Stints as a education media producer, as well as film reviewer, copywriter, p.r. flack, and freelancer led to a masters in Communications from the University of Missouri-Kansas City. The experience of Kansas City, and its dynamic history, would germinate later in the setting for her Dorie Lennox series (One O’Clock Jump and Sweet and Lowdown.) What better place to set a detective series with a Packard driving, switchblade-toting slip of a woman detective in the World War II era?

As she began her family with her husband, Kipp, they relocated to the wilds of Wyoming where she taught broadcast journalism at Central Wyoming College. She also ran a video production business and began writing fiction in earnest. The first full-length piece was set in Wyoming during the 1920’s and began as a screenplay. Lise later converted Sharp Horns Rising into a novel.

When she and her family, now including two sons, moved to Montana, Lise began to concentrate on novels. Her first mystery, The Bluejay Shaman, took five years to write and sell. (Sharp Horns Rising created interest but no sales.) Set in Jackson Hole, the four Alix Thorssen novels examine conflicts between tourists and the locals desiring the money they bring, but agitating about the impact on their town. Lise captures this dichotomy with stoic Norwegian Thorssen as an art gallery owner who tangles with artsy locals, wealthy tourists, “hometown homers,” and struggling business types like herself as she forges her way through her investigations in each book.

One cold winter, in a fit of the “shack nasties,” Lise escaped the study to create a short film, The Hoodoo Artist, from the ground up. She had written the short story a year before, and now produced, directed, and co-wrote the film, shot on digital video. It was a short film winner at the Telluride Indiefest in 1999. She also participated in a writing group called the “Rim Writers” after the famed Billings’ sandstone rimrocks that punctuate the city’s skyline. In addition, she taught creative writing through the YMCA’s Writer’s Voice Project.

Lise recently sold her first short story (“The End of the World (As We Know It),”), included in an anthology edited by Michael Connelly called Murder in Las Vegas. (This description edited down from Lise’s biography on her official Web site, below.)

(Additional information about Lise McClendon can be found at the following Web sites:)

The Works of Lise McClendon (a.k.a. Rory Tate)

Murder in Vegas: New Crime Tales of Gambling and Desperation
(2005)

Contains Lise McClendon’s short story “The End of the World as We Know It”. 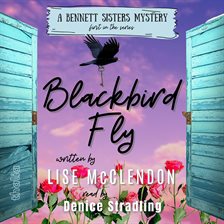 Contain’s Rory Tate’s short story “The Honey Trap”, a prequel to the novel Jump Cut.
Available only in eBook format.

A pair of Alix Thorssen mysteries, available in E-book format only. Includes “Wild Irish Dreams” and “A Brand of Murder”.
Not in the Lincoln City Libraries’ collection.

A Dorie Lennox historical mystery. A novella available in E-book format only.
Not in the Lincoln City Libraries’ collection.

Cookbook tied in to the Bennett Sisters series. 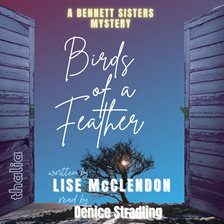