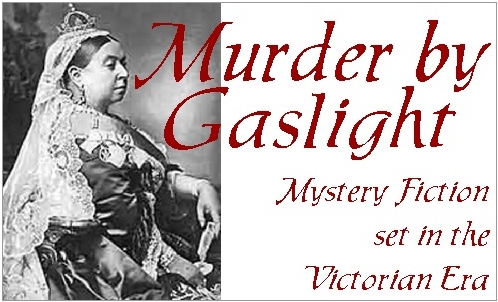 The Victorian Era marked the height of the British Empire. The Industrial Revolution was in full swing, social institutions began to change, art flourished, new inventions appeared and society was rigidly divided by class. The spectrum of wealth and privilege was considerable, ranging from grinding poverty to large wealthy households with servants. A code of strict morals and behaviors developed that would forever be associated with “Victorians.”

Mystery novels found their origin and gained popularity during this time. Modern day authors have been drawn to this time period as a setting for their novels also. Though generally speaking, the Victorian Era describes the time covering the reign of Queen Victoria in Britain (from 1837 to 1901), we’ve expanded our scope to include mysteries set in other countries during this same time period, and for a short time after.

Some of the following novels are “stand alones”, while many are entries in popular on-going series. In the cases of stand-alone novels, individual titles are in alphabetical order following the author’s name. In the case of series, the novels are arranged in “series order” following the name of the series. There may be titles in this list which are not currently owned by the Lincoln City Libraries. These appear here for the sake of providing complete series listings, or to identify classic Victorian Mysteries which are now out-of-print. All books owned by Lincoln City Libraries are hotlinked to their entries in our library catalog, so that you may check on their current availability. If you see a title on this list that is not hotlinked to our collection, please consider ordering it through our Interlibrary Loan department.

This is, by no means, an all-encompassing list of Victorian Mysteries — it is primarily a list of recommended titles available through our library system. You can find additional titles by doing a catalog “subject” search under Mysteries, Historical — Victorian. You may also wish to visit our booklist Elementary…, an exhaustive list of Sherlock Holmes follow-ups, parodies and pastiches, most of which are set in the Victorian period.

Numerous anthologies of Victorian Era mysteries have been published, many with a focus on Sherlock Holmes. Here are a few titles available at the libraries: