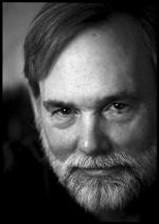 A list of works by Nebraska author
David Wiltse

Wiltse was born June 6, 1940, in Lincoln, grew up in Falls City, and received a B.A. from the University of Nebraska in 1963. He became an author, playwright, and screenwriter, winning several awards: Drama Desk Award for the most promising playwright, 1972, for “Suggs”; Edgar Allan Poe Award from the Mystery Writers of America, 1981, for the teleplay, “Revenge of the Stepford Wives”; and the Nebraska Society of New York’s Sower Award in 1985. Heartland, one of his more recent titles published in 2001, is set in Falls City.

Wiltse is quoted in Contemporary Authors: “A major source of pride for me in my writing is my versatility. I have worked successfully on plays, television, films, novels, and magazines and in the full range of genre from farcical situation comedies through melodramatic adventure to drama. Some of this I do for love and some for money, and I am striving to reach the day when the two are the same.”

His novels include Wedding Guest, The Serpent, Fifth Angel and Home Again, a thriller which is loosely autobiographical, set in a town not unlike Falls City.

Other novels are Prayer for the Dead, Close to the Bone, Edge of Sleep, Bone Deep, Into the Fire, and Blown Away. Wiltse’s best-known plays are Suggs, Doubles, and A Grand Romance. Other plays include A Dance Lesson, Temporary Help, Crazy Horse and Three Stars, Hatchetman and Triangles for Two. His additional writing is for TV and film.

Additional information about David Wiltse can be found at the following Web sites:

Set in a “Falls City”-like locale.