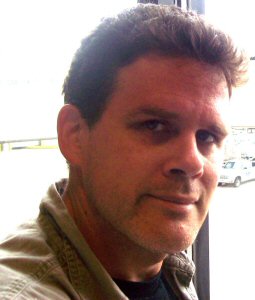 A list of works by Nebraska author
Jeff McArthur

McArthur was born and grew up in Lincoln, Nebraska, where he began writing at a very young age — he wrote stories, worked in the theater, and he became fascinated with movies as a teenager and began making them at age 15. He went to film school at New York University, where he studied film, TV, and radio. In New York he worked with the comedy group The State, with PBS, and several others. In 1995, McArthur moved to L.A., to work in the movie industry.

Jeff worked in the film industry for 15 years, on various films including directing a few of his own, such as the horror film Stolen Souls (2006) and the documentary The Forgotten Grave: Women Soldiers of the American Civil War (2008). Fifteen years later, he returned to his roots to write a book about his grandfather, John McArthur, the lawyer who represented Caril Ann Fugate in one of the most infamous cases in American history — the legal proceedings following the Charles Starkweather murder spree of 1958-1959. That 2011 book was called Pro Bono: The 18 year defense of Caril Ann Fugate, and covered John McArthur’s involvement with Fugate from her early court appearances through her parole in the 1970s.

Jeff McArthur has gone on to write novels such as The American Game and several in the Relic Worlds science fiction adventure series. In 2013, he published the true crime book The Great Heist, about the largest bank robbery in history, which took place in Lincoln, NE in 1930. Also in 2013, he introduced the world to a forgotten American hero, Richard “Two Gun” Hart, in the book Two Gun Hart: Lawman, Cowboy, and Long Lost Brother of Al Capone.

Much of McArthur’s published work has been done on independent labels, and is available for purchase through various online resources, including his website Bandwagon.com, or the site dedicated to all the resources associated with his interactive sci-fi adventure series www.RelicWorlds.com. (see links below) Because most of these are self-published or independently published, you will not find them in the Lincoln City Libraries’ collection — If we find that any titles below are available to read free online, we’ll include links.

Additional information about Jeff McArthur can be found at the following Web sites: 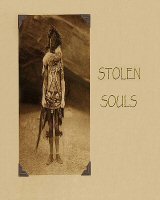 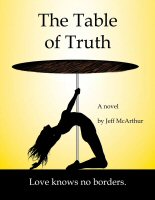 ( www.relicworlds.com ) — all titles listed below plus additional short stories set in this storytelling universe

Relic Worlds: The Deep Beyond
[January 2011]

Relic Worlds: Lancaster James and the Search for the Promised World
[April 18 2014]

Relic Worlds: Lancaster James and the Salient Seed of the Galaxy
[May 2021]