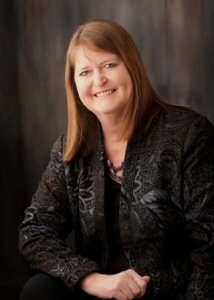 After writing twenty books over ten years in pursuit of a career as a published author, Mary Connealy finally won a contract with Heartsong Presents as a first-time author. Since she first saw print with her novel, Golden Days, Connealy has gone on to great success. To date, she has had over 40 novels published, as well as a few collections of shorter works. She has also had short stories or novellas published in a wide variety of anthologies.

Connealy specializes in inspirational romantic fiction, primarily romantic “cowboy” comedies set in the era of the old American West. In addition, she has published a trilogy of romantic mysteries, collected in 2009 as “Nosy in Nebraska”, though the individual volumes have each had a couple of different titles. Under the pseudonym Mary Nealy, she published the thriller Ten Plagues. Her first 19 novels, through 2011, were put out by Christian publisher Barbour Publishing, which also put out “omnibus” printings of early early trilogies with all three volumes in a single book. Since 2011, she has been published by both Bethany House and Thomas Nelson Publishing.

Additional information about Mary Connealy can be found at the following Web sites:

Novella, released as a stand-alone novel in 2007. Included in anthology Alaska Brides (2008).

Also published as “Bury the Lead”.

Also published as “Fright at the Museum”.

Includes Of Mice and Murder, Pride and Pestilence and The Miceman Cometh.

A Maxie the Mouse mystery — Cozy Mystery. First published in the omnibus collection “Nosy in Nebraska” in 2009. This 2011 edition is its first stand-alone publication.

Also published as “Trial and Terror”.

Written as by Mary Nealy.

Released as an E-book novella in 2016, then as a Large Print edition (which the libraries do not own). This story is an introduction to the Cimarron Legacy trilogy from 2016-2017.

The Calico and Cowboys Romantic Collection
[2017]

Collection of 8 short stories or novellas all by Mary Connealy. Some previously published, some new to this collection. [Library only owns this as an E-book.]

Includes the novellas “Longhorn Christmas”, “The Sweetest Gift” and “The Christmas Candle”, all by Mary Connealy.

Short Stories and/or Novellas in Anthologies

“Winter Wedding Bells” in anthology A Bride for All Seasons
[2013]

Lincoln City Libraries owns this only in E-book format.

“Meeting Her Match” in anthology A Match Made in Texas
[2014]

Published as a series of Blog entries on Mary Connealy’s blog. Link above takes you to all entries in this sequence — scroll down to read in proper order.

“Spitfire Sweetheart” in anthology Four Weddings and a Kiss
[2014]

“Runaway Bride” in anthology With This Ring: A Novella Collection of Proposals Gone Awry
[2015]

Associated with both the “Kincaid Brides” series and the “Trouble in Texas” series.

“The Tangled Ties That Bind” as an E-novella, then in anthology Hearts Entwined
[2018]

Lincoln City Libraries only in E-book and E-audiobook formats. 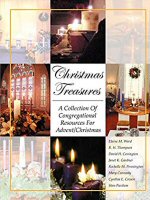 Christmas Treasures: A Collection of Congregational Resources for Advent/Christmas
[2003]