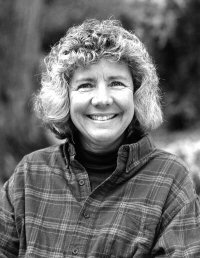 A list of works by Nebraska author
Mary Pipher, PhD

Dr. Mary Pipher, born October 21, 1947, received her BA in Cultural Anthropology from the University of California at Berkeley in 1969 and her Ph.D. in Clinical Psychology from the University of Nebraska in 1977. She has received two American Psychological Association Presidential Citations. In 2001, she was a Rockefeller Foundation Scholar in Residence at Bellagio, Italy. Dr. Pipher is a clinical psychologist, and an adjunct clinical professor in the English and Psychology departments at the University of Nebraska-Lincoln. Dr Pipher’s work combines her training in both the fields of psychology and anthropology. Her special area of interest is how American culture influences the mental health of its people.

Dr. Pipher has appeared on the “Today Show”, “20/20”, “The Charlie Rose Show, “The NewsHour with Jim Lehrer” and National Public Radio’s “Fresh Air”. Three of her books, Reviving Ophelia, The Shelter of Each Other, and Another Country were New York Times bestsellers. In addition to her books, she has written articles for Time Magazine, The Family Therapy Networker, USA Weekend, The Journal of Family Life, and many other publications. Dr. Pipher calls Lincoln, Nebraska home, but travels all over the world sharing her ideas with community groups, schools, and health care professionals.

Additional information about Mary Pipher can be found at the following Web sites:

The Shelter of Each Other: Rebuilding Our Families
[1996]

Another Country: Navigating the Emotional Terrain of Our Elders
[1999]

The Middle of Everywhere: The World’s Refugees Come to Our Town
[2002]

Letters to a Young Therapist: Stories of Hope and Healing
[2003]

Caring for Your Parents: The Complete Family Guide
[2005]

Seeking Peace: Chronicles of the Worst Buddhist in the World
[2009]

The Green Boat: Reviving Ourselves in Our Capsized Culture
[2013]

ADDITIONAL TITLES THAT MARY PIPHER HAS CONTRIBUTED TO:

Real Boys: Rescuing Our Sons From the Myths of Boyhood
[1999]

>> Mary Pipher provided a Foreward to this book by William S. Pollack

Eye of My Heart: 27 Writers Reveal the Hidden Pleasures and Perils of Being a Grandmother
[2009]