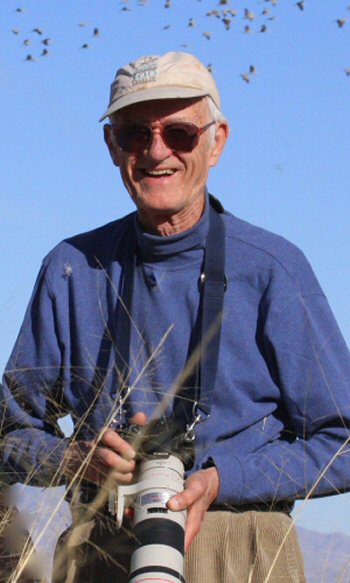 Paul A. Johnsgard, photograph from a UNL news article

A list of works by Nebraska author
Paul A. Johnsgard

Paul Austin Johnsgard was a Nebraska scientist, ornithologist, artist and professor emeritus at UNL. As he closed in on the publication of 75 books with his survey of the Yellowstone ecosystem (in 2012), he was already the most published ornithologist of all time, the most published author in the history of the University of Nebraska, and the most prolific of all Nebraska authors, of fiction or non-fiction. At the time of his death in 2021, he was completing work on his 105th book.

Johnsgard is one of Nebraska’s most famous scholars. He is a world authority on waterfowl behavior and on several other bird groups such as grouse and cranes. His Handbook of Waterfowl Behavior (Cornell University Press, 1965) is considered the classic reference work on the subject. His book Grouse and Quails of North America (1973) received a Wildlife Society honor and Waterfowl: Their Biology and Natural History (1968) received honorable mention from the Wildlife Society and many other awards. His publications in professional scientific journals exceed 150.

Johnsgard is also famous for his world surveys of the major bird groups, which, appearing regularly over some 40 years, have made him the most prolific of all ornithological writers. He has written books on regional natural history, on the Platte River, on Teton and Yellowstone wildlife, and classic natural histories of special interest to Nebraska readers, among them: This Fragile Land: A Natural History of the Nebraska Sandhills, 1995, The Nature of Nebraska: Ecology and Biodiversity, 2001, The Niobrara: A River Running Through Time, 2007, and a collection of essays, Seasons of a Tallgrass Prairie: A Nebraska Year, 2014.

He has written several books in the genre of literary appreciation of aspects of nature, including books on the Sandhill crane and the snow goose. One of these, Song of the North Wind (1974), was translated into both Russian and Latvian. With his daughter Karin, Johnsgard wrote a whimsical book on dragons and unicorns, Dragons and Unicorns: A Natural History (1982). Many of his books are illustrated with his own sketches and artwork.

Paul Johnsgard was born in Fargo, ND on June 28, 1931, and died at the age of 89 on May 28, 2021 in Lincoln, NE. As a youth, he was introduced to the study of birds by a distant cousin who served as a game warden. He spent some of his early years taking part in duck counts – starting a tradition of bird counts that lasted his entire life. He attended junior college in Wahpeton, before transferring to North Dakota Agricultural College (now North Dakota State University).

He attended Washington State University for his Masters program. His master’s study was on the impact of the construction of O’Sullivan Dam to wetland habitats. Apart from the data collected and his interpretation, it included his own pen sketches. This was published in The Condor and the article attracted the attention of naturalist and author Charles Sibley, who invited him to consider a Ph.D. at Cornell University with him, with his work focusing on the phylogeny of six ducks.

After completing his graduate degrees, Johnsgard moved to England at the Wildfowl Trust at Gloucestershire founded by Sir Peter Scott. Over the course of two years, he produced his first book, the Handbook of Waterfowl Behaviour, which was published by Cornell University in 1965.

He joined the faculty of the University of Nebraska-Lincoln in 1961. In his nearly 60 years at UNL, Johnsgard earned the university’s highest honors including the Distinguished Teaching Award, Outstanding Research and Creative Activity Award, and an honorary Doctor of Science degree. Major national recognitions included a Guggenheim Foundation Fellowship, the National Wildlife Federation’s National Conservation Achievement Award, the National Audubon Society’s Charles H. Callahan Award, and the American Ornithologists’ Society’s Ralph Schreiber Conservation Award, all in recognition of his ornithological research, writing and conservation work.

Johnsgard has been a multi-times participant in the John H. Ames Reading series in the Heritage Room of Nebraska Authors in 1996, 2004, and 2007, not to mention several other non-Ames video presentations. Videos of his readings are available, both on tape, on DVD and digitally via the Lincoln City Libraries’ YouTube channel.

(Biographical information compiled from multiple sources, including the Paul Johnsgard entry on NebraskaAuthors.org, which library staff have contributed to — see link below.)

Additional information about Paul A. Johnsgard can be found at the following Web sites:

Papers in the Biological Sciences: The Paul Johnsgard Collection – in the Digital Commons of the University of Nebraska-Lincoln
Wikipedia page on Paul A. Johnsgard
Paul A. Johnsgard page on NebraskaAuthors.org
Johnsgard, renowned ornithologist, remembered for prolific career — obituary on UNL website
CBS News interview with Dr. Johnsgard and their feature on the spring 2014 sandhill cranes migration

Books by Paul A. Johnsgard

Animal Behavior
(not in library collection) (1967)

A Preliminary List of the Birds of Nebraska and Adjacent Plains States
(Heritage 598.2 qJoh) (1980)

A Revised List of the Birds of Nebraska and Adjacent Plains States
(Heritage 598.2 qJoh) (1980)

Birds of the Rocky Mountains, With Particular Reference to National Parks in the Northern Rocky Mountain Region
(Heritage 598.2 Joh) (1986) reprinted 1992 (this is the cover shown)

Waterfowl of North America: The Complete Ducks, Geese and Swans
(not in library collection) (1987) 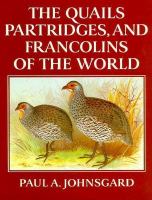 Ruddy Ducks and other Stifftails: Their Behavior and Biology (with Montserrat Carbonell)
(598.41 Joh) (1996)

enlargement and expansion of the 1986 book

Migrations of the Imagination
(not in library collection) (2002)

Catalog of an art exhibit.

Faces of the Great Plains: Prairie Wildlife (with photos and photographic notes by Bob Gress)
(not in library collection) (2003)

Prairie Suite: A Celebration
(Johnsgard was illustrator of this poetry collection by Twyla Hansen)
(811 Han) (2006)

Wind Through the Buffalo Grass: A Lakota Story Cycle
(Johnsgard) (2008)

A Guide to the Tallgrass Prairies of Eastern Nebraska and Adjacent States
(Heritage 577.44 qJoh) (2008)

The Status of Cranes of the World in 2008: A Supplement to Crane Music
(not in library collection) (2008)

Louis A. Fuertes and the Zoological Art of the 1926-1927 Abyssinian Expedition of the Field Museum of Natural History
(not in library collection) (2009)

Four Decades of Christmas Bird Counts in the Great Plains: Ornithological Evidence of a Changing Climate
(not in library collection) (2009)

Celebrating Charles Darwin’s Legacy: Evolution in the Great Plains and Galapagos Islands
(not in library collection) (2009)

Rocky Mountain Birds: Birds and Birding in the Central and Northern Rocky Mountains
(not in library collection) (2011) 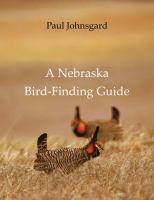 Nebraska’s Wetlands: Their Wildlife and Ecology
(not in library collection) (2012)

Wings Over the Great Plains: The Central Flyway
(not in library collection) (2012)

Wetland Birds of the Central Plains: South Dakota, Nebraska and Kansas
(not in library collection) (2012) 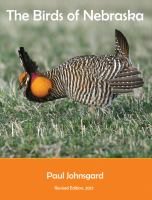 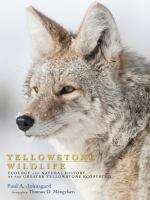 Birds and Birding in the Bighorn Mountains Region of Wyoming (with Jacqueline R. Canterbury & Helen Downing)
(Heritage 598 Can) (2013) 2nd edition

Natural Treasures of the Great Plains: An Ecological Perspective (Edited with T. Lynch & J. Phillips (6 drawings and 4 contributed essays).)
(not in library collection) (2015) 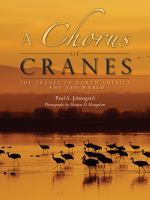 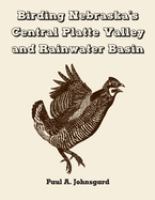 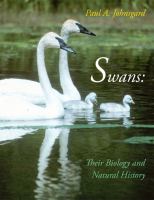 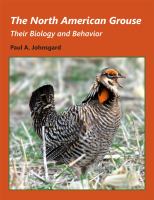 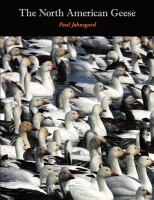 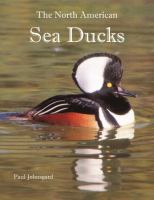 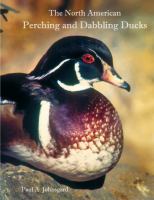 The North American Perching and Dabbling Ducks: Their Biology and Behavior
(598.41 Joh) (2017) 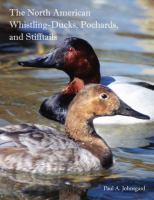 The North American Whistling-Ducks, Pochards and Stiff-tailed Ducks
(not in library collection) (2017)

Common Birds of The Bradford Brinton Museum and The Bighorn Mountains Foothills (with Jacqueline L. Canterbury)
(Heritage 598 Can) (2017) 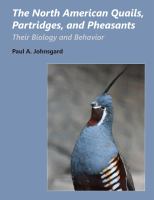 The North American Quails, Partridges and Pheasants: Their Biology and Behavior
(598.62 Joh) (2017) 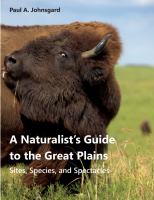 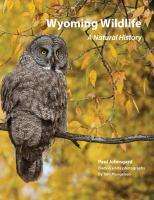 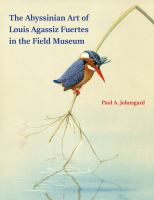 The Birds of the Nebraska Sandhills: (Black and White Field Edition) (with Josef Kren)
(Heritage 598 Joh) (2020) 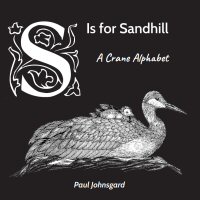 Paul Johnsgard reads from his children’s book, Prairie Children, Mountain Dreams, and discusses the themes of this book and his experience in writing it.

Professor Johnsgard discusses his writing career and in particular his most recent book, This Fragile Land: A Natural History of the Nebraska Sandhills.

Paul Johnsgard, professor emeritus at the University of Nebraska-Lincoln, is a prolific author, illustrator, and nature photographer. He is an internationally renowned ornithologist and is recognized as one ot the world’s foremost authorities on sandhill cranes. In this program, Johnsgard comments on his evolution as a writer, noting that his current writing is more philosophical and poetic than his early writing. He intersperses his comments about writing with reading excerpts from several of his books.

Twyla Hansen and Paul Johnsgard collaborated on a collection of poems and associated drawings titled “Prairie Suite: A Celebration”. In this episode of the John H. Ames Reading Series, they discuss their collaborative work.

The Bur Oak Manifesto: Seeking Nature and Planting Trees in the Great Plains
by Jack Phillips — Paul Johnsgard contributed the foreword to this text.
(Heritage 333.7 Phi) (2013)

The 215th John H. Ames Reading Event was held Sunday, October 8, 2017 at 2:00 p.m. in the Heritage Room of Nebraska Authors. This was the final official event of the Nebraska 150 Books program. Readers are all Nebraska Nonfiction Authors, most of whom are represented on the Nebraska 150 Books list. Readers include: Pamela Barger, Alan Boye, John Janovy Jr., Paul Johnsgard, Mary Pipher and Barbara Schmitz.