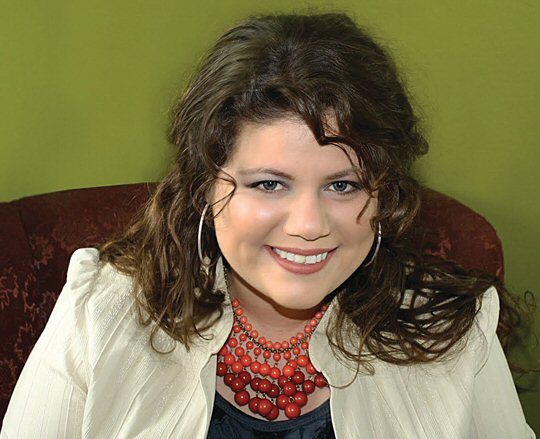 A list of works by Nebraska author
Rainbow Rowell

Rowell attended the University of Nebraska-Lincoln, where she earned a degree in journalism in 1995. At the age of 24, she became the youngest-ever and first-female columnist for the Omaha World Herald. She worked as a columnist and ad copywriter for the World Herald from 1995 to 2012. While still working as an ad copywriter, she began writing her first novel, Attachments, just to see if she could do it. Attachments, a contemporary adult romantic comedy, was released in 2011.

Rowell participated in National Novel Writing Month in 2011, completing the first draft of her YA novel Fangirl as part of that annual literary event. Fangirl was ultimately released as Rowell’s third novel in 2013, following hugely-popular YA novel Eleanor & Park. Rowell’s fourth novel was another “adult” title, Landline, dealing with a couple going through difficulties in their marriage. Her fifth novel, Carry On, is connected to Fangirl, in that it is the story of the characters in the work of fiction that Fangirl‘s characters are obsessed with. A sequel to Carry On, Wayward Son, is scheduled for release in 2020.

In 2017, Rowell, a life-long fan of comic books, had the opportunity to start working in the comics industry. She and artist Kris Anka are the creative forces behind a revival of fan-favorite series Runaways at Marvel Comics. Also in 2017, it was announced that Rowell was contracted to write two graphic novels, with artist Faith Erin Hicks. The first of these will be titled Pumpkinheads, which is scheduled for the release in 2019.

Rainbow Rowell lives in Omaha, Nebraska, with her husband and two children.

(Author photo is a courtesy photo provided to accompany a Daily Nebraskan profile of Rowell.)

You can find more information about Rainbow Rowell at the following web pages:

Beth Fremont and Jennifer Scribner-Snyder know that somebody is monitoring their work e-mail. (Everybody in the newsroom knows. It’s company policy.) But they can’t quite bring themselves to take it seriously. They go on sending each other endless and endlessly hilarious e-mails, discussing every aspect of their personal lives.

Meanwhile, Lincoln O’Neill can’t believe this is his job now- reading other people’s e-mail. When he applied to be “internet security officer,” he pictured himself building firewalls and crushing hackers- not writing up a report every time a sports reporter forwards a dirty joke.

When Lincoln comes across Beth’s and Jennifer’s messages, he knows he should turn them in. But he can’t help being entertained-and captivated-by their stories.

By the time Lincoln realizes he’s falling for Beth, it’s way too late to introduce himself.

What would he say…?

Kirkus Reviews – One of the outstanding debuts of 2011.

Set over the course of one school year in 1986, this is the story of two star-crossed misfits-smart enough to know that first love almost never lasts, but brave and desperate enough to try. When Eleanor meets Park, you’ll remember your own first love-and just how hard it pulled you under.

Cath is a Simon Snow fan. Okay, the whole world is a Simon Snow fan, but for Cath, being a fan is her life-and she’s really good at it. She and her twin sister, Wren, ensconced themselves in the Simon Snow series when they were just kids; it’s what got them through their mother leaving. Reading. Rereading. Hanging out in Simon Snow forums, writing Simon Snow fan fiction, dressing up like the characters for every movie premiere. Cath’s sister has mostly grown away from fandom, but Cath can’t let go. She doesn’t want to. Now that they’re going to college, Wren has told Cath she doesn’t want to be roommates. Cath is on her own, completely outside of her comfort zone. She’s got a surly roommate with a charming, always-around boyfriend, a fiction-writing professor who thinks fan fiction is the end of the civilized world, a handsome classmate who only wants to talk about words…And she can’t stop worrying about her dad, who’s loving and fragile and has never really been alone. For Cath, the question is: Can she do this? Can she make it without Wren holding her hand? Is she ready to start living her own life? Writing her own stories? Open her heart to someone? Or will she just go on living inside somebody else’s fiction?

Two days before they’re supposed to visit Neal’s family in Omaha for Christmas, Georgie tells Neal that she can’t go. She’s a TV writer, and something’s come up on her show; she has to stay in Los Angeles. She knows that Neal will be upset with her — Neal is always a little upset with Georgie — but she doesn’t expect to him to pack up the kids and go without her.

When her husband and the kids leave for the airport, Georgie wonders if she’s finally done it. If she’s ruined everything.

That night, Georgie discovers a way to communicate with Neal in the past. It’s not time travel, not exactly, but she feels like she’s been given an opportunity to fix her marriage before it starts…

Is that what she’s supposed to do? Or would Georgie and Neal be better off if their marriage never happened?

Simon Snow is the worst Chosen One who’s ever been chosen.

That’s what his roommate, Baz, says. And Baz might be evil and a vampire and a complete git, but he’s probably right.

Half the time, Simon can’t even make his wand work, and the other half, he sets something on fire. His mentor’s avoiding him, his girlfriend broke up with him, and there’s a magic-eating monster running around wearing Simon’s face. Baz would be having a field day with all this, if he were here — it’s their last year at the Watford School of Magicks, and Simon’s infuriating nemesis didn’t even bother to show up.

Carry On is a ghost story, a love story and a mystery. It has just as much kissing and talking as you’d expect from a Rainbow Rowell story — but far, far more monsters.

Related thematically to Fangirl, as this is a novel featuring the “fictional characters” that are in the novels/films that the protagonists of Fangirl are obsessed about.

Kindred Spirits [not in library collection] [2016]

This was a novella, released as an eBook first, then as a paperback, for World Book Day in 2016. Later included in the anthology Almost Midnight.

A short story about waiting and believing – but mostly waiting – by the New York Times bestselling author of Eleanor & Park, Fangirl and Carry On. All proceeds go to the ACLU Foundation.

When Elena decided to camp out for the next Star Wars movie, she was expecting a celebration, a communion — a line full of people who love Star Wars so much, they have to share it.

She wasn’t expecting this: a freezing sidewalk, nowhere to pee, and three nights stuck with a boy who decided not to like her before they even met.

It’s enough to make a girl leave the line…

But Elena came here for Star Wars, and it will take more than bad weather and a dumb boy to squash her spirits.

Almost Midnight [not in library collection] [2017]

Almost Midnight by Rainbow Rowell is a beautiful gift edition containing two wintery short stories, decorated throughout for the first time with gorgeous black and white illustrations by Simini Blocker.

Midnights is the story of Noel and Mags, who meet at the same New Year’s Eve party every year and fall a little more in love each time…

Kindred Spirits is about Elena, who decides to queue to see the new Star Wars movie and meets Gabe, a fellow fan.

Get ready to run!

The “IT” book of the early 2000s with the original cast is back – Nico! Karolina! Molly! Chase! Old Lace! And, could it be? GERT?! The heart of the Runaways died years ago, but you won’t believe how she returns! Superstar author Rainbow Rowell makes her Marvel debut with fan-favorite artist Kris Anka (ALL-NEW X-MEN, CAPTAIN MARVEL) in the series that will shock you and break your heart! Did Chase and Gert’s love survive their time apart? Have Karolina and Nico’s feelings made their friendship impossible? What emotional landmines lie in wait to destroy the Runaways?!

Rainbow Rowell took over the writing, with art by Kris Anka, for a revived version of the Marvel Comics comic-book Runaways, which began as a monthly comic book in September 2017. So far, a single trade paperback compilation of the first six monthly issues has also been released.

The Runaways are a family again! But a family needs a guardian, and the only Runaway who’s got her life together is in middle school. And, even for a kid like Molly who likes her classes, that can be fraught with peril. Meanwhile, there’s a new arrival as the gang welcomes Karolina’s girlfriend – Julie Power of Power Pack! Having an experienced adventurer around will be useful when one of the universe’s most fearsome villains invades the hostel! But do some of the Runaways have mixed feelings about Julie’s arrival? As Molly contemplates a supernatural deal that must have a monkey’s paw-esque downside, one of the team suff ers a fate worse than death. Really! And will the Runaways’ greatest foe be…well-meaning outsiders who want to help them?! Your favorite super hero teen drama continues!

Runaways – Volume 3: That Was Yesterday [not yet in library collection] [2019]

A lot has changed for your favorite super-teens. And a major villain from Runaways past is back in a way you won’t be able to predict! The kids have had a hard enough time with a grandma and a 13-year-old, so…things look pretty bleak for everyone in the world. Plus, see a story from a never-before-seen perspective!

Pumpkinheads [not yet in library collection] [2019]

Josiah’s ready to spend the whole night feeling melancholy about it. Deja isn’t ready to let him. She’s got a plan: What if―instead of moping and the usual slinging lima beans down at the Succotash Hut―they went out with a bang? They could see all the sights! Taste all the snacks! And Josiah could finally talk to that cute girl he’s been mooning over for three years . . .

What if their last shift was an adventure?