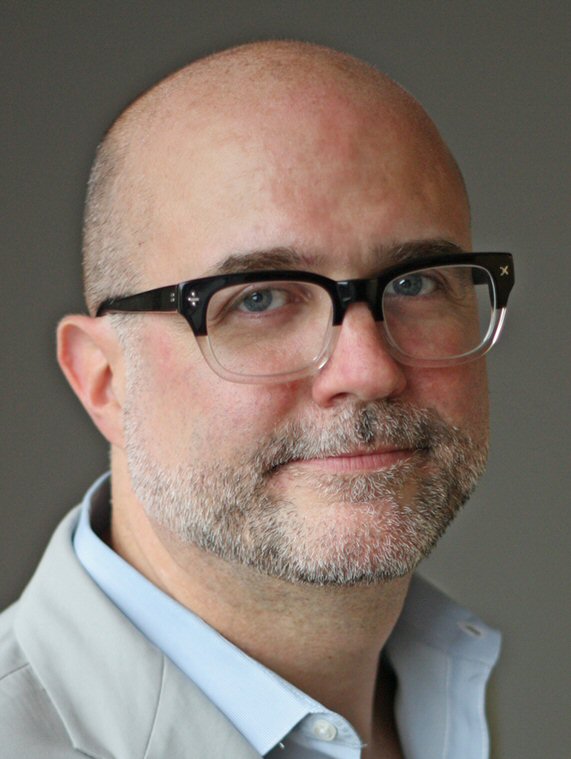 A list of works by Nebraska author
Timothy Schaffert

Timothy Schaffert was born in the late 1960s, and grew up on an 80-acre farm in Hamilton County, Nebraska, about 150 miles west of Omaha.

In the early 2000s, Schaffert was the Editor-in-Chief of The Reader, Omaha’s alternative weekly newspaper. He also taught at the University of Nebraska at Omaha. As of 2018, Schaffert is currently the Susan J. Rosowski Associate Professor of English and director of the Creative Writing program at the University of Nebraska–Lincoln. He also became the Digital Developer and Online Editor for UN-L’s literary magazine, The Prairie Schooner in 2010, a position he held until 2012.

Schaffert’s first novel, The Phantom Limbs of the Rollow Sisters, was published in 2002, and has thus far been followed by four more, the latest The Swan Gondola in 2014. His short fiction and non-fiction has appeared in Prairie Schooner, The Greensboro Review, Faerie Magazine, Ploughshares, and several other literary journals. He’s won numerous awards, including the Henfield/Transatlantic Review Award, the Mary Roberts Rinehart Award and the Nebraska Book Award. He was short-listed for the O Henry Prize. Schaffert has also served as a contributing editor for Fairy Tale Review. His work has also appeared in several anthologies, including My Mother She Killed Me, My Father He Ate Me: Forty New Fairy Tales; Brothers and Beasts: An Anthology of Men on Fairy Tales; and When I Was A Loser: True Stories of (Barely) Surviving High School.

Schaffert is the Director/Founder of the (downtown) Omaha Lit Fest, which started in 2005 and continues to the present, sponsored by the Omaha Public Library. He was also the director of the Nebraska Summer Writers Conference, from 2008 to 2012. Schaffert has received two Nebraska Arts Council fellowships, and a Nebraska Arts Council 2012 Distinguished Award.

Schaffert and his partner, Rodney Rahl, having been living in Omaha since 1997.

You can find more information about Timothy Schaffert at the following web pages:

The Phantom Limbs of the Rollow Sisters [Schaffert] [2002]

In Timothy Schaffert’s seriocomic debut, two sisters on the cusp of womanhood struggle to understand their father’s suicide as well as their mother’s abandonment of them many years earlier.

Lily and Mabel live on their own in their grandmother’s antique shop in rural Nebraska. They are bonded by their loyalty to each other and their haunting urgency to reconcile their own versions of the past so that they might build their futures together.

In a rebellious act, Lily steals a car with her boyfriend and heads southwest to an Arizona vineyard to confront her mother. Mabel stays behind, seeking to commune somehow with her father’s ghost.

In a story that rises out of the spare Nebraska landscape, Schaffert delivers a textured, eccentric, and redemptive tale about two young women searching for wholeness and love.

The Singing and Dancing Daughters of God [Schaffert] [2005]

A blithe and redemptive serio-comic love story filled with country music, the ghosts of Halloween, and an ironic brand of down-home religion. Newly divorced and feeling the pain of separation from his family, Hud Smith channels his regret into writing country-western songs, contemplating life on the lam with his 8-year-old daughter, and searching cryptic postcards for news of his teenage son who has run off with The Daughters of God, an alternative Gospel-punk band of growing fame. Then he finds himself inching toward reconciliation with his ex, tossing his whole talent for misery into question as they head off in a borrowed school bus, hoping so very tentatively to bring the entire family together again.

In this endearing misadventure that threatens to turn out right in spite of it all, Schaffert writes a thin line between tragedy and hilarity, turning wry humor and a keen sense of the paradoxical onto characters who deserve all the tender care he gives them.

Ashley, a frustrated novelist, teaches a community college class in the writing of erotica, which only seems to turn a magnifying glass on her own marriage woes. June has become filthy rich by selling marital aides at Tupperware-like home parties for a company called Sugar Shop Inc., but despite her wealth, she still longs to reunite with her impoverished ex-husband. Viv, an artist, learns to find creative inspiration, and maybe even a better understanding of herself, from a dirty-minded stalker who reliably sends her startling pictures in the mail every day. Peach and Plum, twin sisters, own a bookstore called Mermaids Singing, where together they attempt to unravel the knots of their own neuroses. All the while, the words and questionable wisdom of a tough-love motivational speaker, known only as Sybil the Guru, echoes throughout all their lives.

The day ends with a few raucous parties that threaten, or promise, to challenge the ways these various women continue to live. As the women struggle for guidance in the face of sheer lunacy, they come to realize that the most useful answers are likely the ones they come up with all on their own.

Timothy Schaffert has created his most memorable character yet in Essie, an octogenarian obituary writer for her family’s small town newspaper. When a young country girl is reported to be missing, perhaps whisked away by an itinerant aerial photographer, Essie stumbles onto the story of her life. Or, it all could be simply a hoax, or a delusion, the child and child-thief invented from the desperate imagination of a lonely, lovelorn woman. Either way, the story of the girl reaches far and wide, igniting controversy, attracting curiosity-seekers and cult worshippers from all over the country to this dying rural town. And then it is revealed that the long awaited final book of an infamous series of YA gothic novels is being secretly printed on the newspaper s presses. The Coffins of Little Hope tells a feisty, energetic story of characters caught in the intricately woven webs of myth, legend and deception even as Schaffert explores with his typical exquisite care and sharp eye the fragility of childhood, the strength of family, the powerful rumor mills of rural America, and the sometimes dramatic effects of pop culture on the way we shape our world.

On the eve of the 1898 Omaha World’s Fair, Ferret Skerritt – ventriloquist by trade, con-man by birth – isn’t quite sure how it will change him or his city. Omaha still has the marks of a filthy Wild West town, even as it attempts to achieve the grandeur and respectability of nearby Chicago. But when he crosses paths with the beautiful and enigmatic Cecily, his whole purpose shifts and the fair becomes the backdrop to their love affair. One of a traveling troupe of actors that has descended on the city, Cecily works in the Midway’s Chamber of Horrors, where she loses her head hourly on a guillotine playing Marie Antoinette. And after closing, she rushes off, clinging protectively to a mysterious carpet bag, never giving Ferret a second glance. But a moonlit ride on the swan gondola, a boat on the lagoon of the New White City, changes everything, and the fair’s magic begins to take its effect.

“The Mermaid in the Tree,” in the World Fantasy Award-winning anthology My Mother She Killed Me, My Father He Ate Me: Forty New Fairy Tales

You Will Never See Any God: Stories by Ervin D. Krause (University of Nebraska Press)