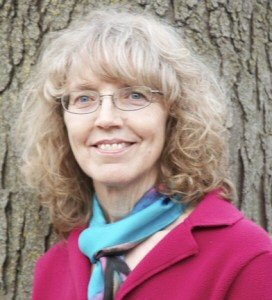 Twyla Hansen was born in Omaha in 1949 and raised (with three brothers) near the town of Lyons, in Burt County, in Northeast Nebraska, on the farm her grandparents had first purchased as immigrants from Denmark in the 1880s. She and her three brothers attended school in a one-room rural schoolhouse from Kindergarten through 8th grade. While growing up, libraries and an expanding love of both reading and the written word were very important to Twyla, as were her connections to the natural world. Though her parents sold the family farm in the 1960s, because they didn’t want their children to continue farming, Twyla did continue to study in the field of agriculture, receiving her Bachelor’s Degree in horticulture and Master’s Degree in agro-ecology from the University of Nebraska-Lincoln. One of her earliest post-degree jobs was as Grounds Manager and Arboretum Curator at Nebraska Wesleyan University. While working there, she had the opportunity to take writing classes from NWU professor William Kloefkorn, who had just been named Nebraska State Poet in 1982 — he eventually became one of her mentors. Kloefkorn passed away in 2011, and not long after, Hansen was named the first female Nebraska State Poet and served in that capacity from December 2013 to January 2019. She has been a creative writing presenter through the Speaker’s Bureau of the Nebraska Humanities Council. In 1988, she received the trophy buckle poetry prize from the Elkhorn Review. In 1989, the Nebraska Statewide Arboretum awarded her the Johnny Appleseed Award for “a sustained personal involvement in tree planting.”

(Additional information about Twyla Hansen can be found at the following Web sites:)

Collection of 37 of Twyla Hansen’s poems, including “Crossing a Footbridge on Salt Creek Early Morning in Mid-August” and “Dovetails”, both of which were nominated for the Pushcart Prize in 2001. 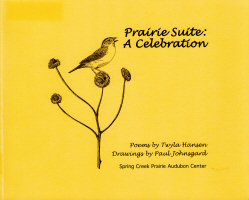 A collection of poetry by Twyla Hansen, with illustrations by naturalist Paul Johnsgard. Benefiting the Audubon Society’s Spring Creek Prairie.

Twyla M. Hansen and Linda M. Hasselstrom reflect the Great Plains’ influence in seasoned poems that celebrate cloud and water and earth and their love of all things farm and ranch, green and blooming, feathered and furred, wild and domesticated, warm and breathing.

This collection of poems by the State Poet of Nebraska (2013-2019) covers significant emotional territory while remaining firmly grounded in the landscape. From memories of the isolation and beauty of growing up on a farm, to a burgeoning awareness as a teenager of the economic and cultural forces waged against family farming, to coming to terms with the legacies of her parents after their passing, and, finally, arriving at an appreciation of nature and the environment wherever and whenever she finds it, Twyla M. Hansen offers poems that are alternately sad, sweet, funny, moving, human, and humane.

The following is a partial list of anthologies, or other non-fiction volumes, that feature contributions by Twyla Hansen; also included are other authors’ works in which Hansen contributed in some significant way:

Inheriting the Land: Contemporary Voices from the Midwest
[1993]

This compelling anthology of contemporary prose and poetry confronts the idea of “regional,” and explores the extremes of the term-the hardships of the weather versus the quiet, idyllic beauty of nature, or the provincial, remote feel of the region versus its inherent richness and cohesive spirit. Includes work by Robert Bly, Louise Erdrich, Jon Hassler, Bill Holm, William Stafford, Patricia Hampl, Jonis Agee, Carol Bly, Meridel LeSueur, and Garrison Keillor. A confrontation with the elusive idea of ‘regional’ writing is the self-stated goal of this important and diverse new anthology. Editors Mark Vinz and Thom Tammaro, professors at Moorhead State University, believe that ‘the most positive and enduring sense of regional is indeed that link between particular and universal, local and international.’ They’ve shown that link in this accessible, highly readable volume, comprising work by 84 writers. Editors Vinz and Tammaro have done a commendable job of balancing the material included in this fine anthology. The many themes expressed are universal concerns, and the spirit of these stories and poems extends far beyond the specific or regional. These are not merely contemporary voices from the Midwest; they are contemporary voices from the world.

Just as water is vital for physical growth on the arid Plains, so must our intellects be nourished to achieve completeness. Nebraska’s wellsprings of creative talent sustain these spiritual and emotional needs. Although authors such as Willa Cather, Mari Sandoz, Bess Streeter Aldrich, Loren Eiseley, Wright Morris, and Tillie Olsen have enriched our lives for decades, many people do not realize the reservoir of new talent writing in Nebraska today. What Wellsprings attempts to do is tap into these resources and, like the windmill, bring our riches up for all to share. [From the Editor’s Note to this volume.]

A Man in Love With the Wind: Fifteen Friends Select and Comment Upon Poems by Don Welch
by Don Welch
[1997] [811 Wel]

Twyla Hansen is one of fifteen significant Nebraskans who contribute short essays about Don Welch and his poems.

A Contemporary Reader for Creative Writing
[1997]

Leaning Into the Wind: Women Write from the Heart of the West
edited by Linda M. Hasselstrom
[1997] [978 Has]

Woven on the Wind: Women Write about Friendship in the Sagebrush West
edited by Linda M. Hasselstrom
[2001] [810.098 Has]

The grassroots publishing sensation continues with Woven on the Wind, the second volume of women’s writing from the heart of the American West compiled by the editors and ranchers Linda Hasselstrom, Nancy Curtis, and Gaydell Collier. They called on women in sixteen states and provinces to write about their friendships with other women in the West, a subject that they discovered has all too often been overlooked or underplayed. The result is Woven on the Wind, a unique and exhilarating collection, “a beautiful, intricate mosaic of women as mothers as well as friends” (Fencepost). In a region where time and space are large and solitude is a fact of life, these women tell of the beauties, ironies, rigors, heartbreak, and humor of life and how it is uniquely enriched by friendships past and present. The voices in this volume — unsentimental, unflinching, and utterly unforgettable — take readers into the fields, kitchens, barns, and souls of nearly 150 women and reveal a vital part of the real western American story. “Here is the essence of the West — not the myth, but the truth.”

Rural Voices is a compilation of stories, poetry, and remembrances written by people of all ages and stations from rural Nebraska. These pieces cover a wide range of topics and experiences, but all are anchored in this place and the values inherited by the progeny of the plains. It is not blind praise to a pastoral life; the voice of hardship and simple survival carries strongly in the colleced body of literature. It is an existence that requires adaptation and perseverance, the ability to adjust to the vagaries of weather and the markets. But resisting the hardships — the failed crops, the isolation, the withering heat and blinding snow, the long hours — is a unique humor and a strong sense of place and belonging. It is a taproot so deep that even if greater forces eventually triumph, the authors still retain a part of that life, more than could ever be taken from them.

Led by poet Sam Hamill, February 12, 2003 became a day of Poetry Against the War conducted as a reading at the White House gates in addition to over 160 public readings in many different countries and almost all of the 50 states. Since then, over 9,000 poets have joined this grassroots peace movement by submitting poems and statements to www.poetsagainstthewar.org, registering their opposition to the Bush administration’s headlong plunge toward war in Iraq. Poets Against the War features a selection of the best poems that were submitted to the website.

This wide-ranging collection of essays and poetry reveals the day-to-day lives and experiences of a diverse collection of women in the western United States, from Buddhists in Nebraska to Hutterites in South Dakota to “rodeo moms.” A woman chooses horse work over housework; neighbors pull together to fight a raging wildfire; a woman rides a donkey across Colorado to raise money after the tragedy at Columbine. Women recall harmony found at a drugstore, at a powwow, in a sewing circle. Lively, heartfelt, urgent, enduring, Crazy Woman Creek celebrates community—connections built or strengthened by women that unveil a new West. 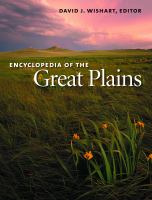 With 1,316 entries contributed by more than one thousand scholars, this groundbreaking reference work captures what is vital and interesting about the Great Plains — from its temperamental climate to its images and icons, its historical character, its folklore, and its politics. Thoroughly illustrated, annotated, and indexed, this remarkable compendium of information and analysis will prove the definitive and indispensable resource on the Great Plains for many years to come.

The anthology Women Write Resistance: Poets Resist Gender Violence views poetry as a transformative art. By deploying techniques to challenge narratives about violence against women and making alternatives to that violence visible, the over 100 women American poets in this anthology intervene in the ways gender violence is perceived in American culture. The critical introduction frames the intellectual work behind the building of the anthology by describing how poets break silence, disrupt narratives, and use strategic anger to resist for change. Poetry of resistance distinguishes itself by a persuasive rhetoric that asks readers to act. The anthology collects poems by Alicia Ostriker, Maureen Seaton, Judy Grahn, Hadara Bar-Nadav, Ellen Bass, Kristy Bowen, Allison Hedge Coke, Jehanne Dubrow, Leslie Adrienne Miller, Khadijah Queen, Hilda Raz, Evie Shockley, Margo Taft Stever, Judith Vollmer, Rosemary Winslow, and many, many more.

A Sandhills Reader: Thirty Years of Great Writing From the Great Plains is a retrospective anthology of some of the best work published by Sandhills Press, a Nebraska-based small press concern for literature, between 1979 and 2009.

In addition to the selected works, many of the writers included provide commentary and literary memoirs about Sandhills Press and what the press meant to them and to their aesthetic.

Explore the natural treasures of the Great Plains through the contributions of noted essayists and scientists originally published in the regional journal Prairie Fire, including biologists John Janovy Jr., Charles R. Brown, and Paul A. Johnsgard; poet Twyla M. Hansen; ecologist Chris Helzer; native plant advocates Benjamin Vogt and Jack Phillips; and photographers Michael Farrell and Joel Sartore. Our hope is that through these pages you become an ecotourist, celebrating highly memorable experiences, promoting conservation, and raising your awareness of and love for the biodiversity that surrounds us.

The first anthology of its scope, Nebraska Poetry encompasses 150 years of the state’s literary history, featuring 80-plus poets and more than 180 poems. This landmark collection includes poems by authors best known for their prose — like Willa Cather, Loren Eiseley, and Tillie Olsen — as well as some remarkable but relatively forgotten writers from the late nineteenth to the mid-twentieth centuries. Among the contemporary writers, it includes poets of Nebraska’s renowned “second renaissance” along with a rich array of younger writers who are redefining what poetry from and about the state might represent. A broadly inclusive as well as diverse anthology, Nebraska Poetry celebrates the state’s brilliant contribution not only to Great Plains literature but to the broader traditions of American letters.