In a December 2015 issue of the New York Times Book Review, the editors included their list of the 100 most notable books released in 2018. This is that list, broken up into Fiction and Non-Fiction entries. All books in this list which are owned by Lincoln City Libraries are hotlinked to their entries in our library catalog, so that you may check on their current availability.

Titles not owned by the libraries are included in order to represent the complete list correctly. If you see a title on this list that is not hotlinked to our collection, please consider ordering it through our Interlibrary Loan department.

An American Marriage
by Tayari Jones

Crudo
by Olivia Laing [not in the libraries’ collection]

Everything Under
by Daisy Johnson

The Female Persuasion
by Meg Wolitzer

The Friend
by Sigrid Nunez

The Great Believers
by Rebecca Makkai

The House of Broken Angels
by Luis Alberto Urrea

Immigrant, Montana
by Amitava Kumar [not in the libraries’ collection]

The Largesse of the Sea Maiden: Stories
by Denis Johnson

The Mars Room
by Rachel Kushner 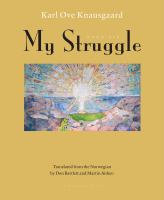 My Year of Rest and Relaxation
by Ottessa Moshfegh

Only to Sleep
by Lawrence Osborne

The Overstory
by Richard Powers

The Perfect Nanny
by Leila Slimani

A Princess in Theory
by Alissa Cole

The Sparsholt Affair
by Alan Hollinghurst

There There
by Tommy Orange

A View of the Empire at Sunset
by Caryl Phillips

The Witch Elm
by Tana French

Your Duck is My Duck: Stories
by Deborah Eisenberg

American Dialogue: The Founders and Us
by Joseph J. Ellis [973.3 Ell]

American Eden: David Hosack, Botany and Medicine in the Garden of the Early Republic
by Victoria Johnson [Biography Hosack]

American Prison: A Reporter’s Undercover Journey Into the Business of Punishment
by Shane Bauer [365.97 Bau]

Amity and Prosperity: One Family and the Fracturing of America
by Eliza Griswold [363.73 Gri]

Boom Town: The Fantastical Saga of Oklahoma City, Its Chaotic Founding, Its Apocalyptic Weather, Its Purloined Basketball Team, and the Dream of Becoming a World-Class Metropolis
by Sam Anderson [976.6 And]

Brothers of the Gun: A Memoir of the Syrian War
by Marwan Hisham and Molly Crabapple [Biography Hisham]

Brown: Poems
by Kevin Young [not in the libraries’ collection]

The Coddling of the American Mind: How Good Intentions and Bad Ideas Are Setting Up a Generation for Failure
by Greg Lukianoff and Jonathan Haidt [306.209 Luk]

The Cost of Living: A Working Autobiography
by Deborah Levy [Biography Levy]

Crashed: How a Decade of Financial Crises Changed the World
by Adam Tooze [not available in the libraries’ collection]

The Darkening Age: The Christian Destruction of the Classical World
by Catherine Nixey [not available in the libraries’ collection]

The Dinosaur Artist: Obsession, Betrayal, and the Quest for Earth’s Ultimate Trophy
by Paige Williams [560.75 Wil]

Fatal Discord: Erasmus, Luther and the Fight for the Western Mind
by Michael Massing [270.6 Mas]

The Field of Blood: Violence in Congress and the Road to Civil War
by Joanne B. Freeman [available from the libraries only in e-audio format]

Gandhi: The Years That Changed the World, 1914-1948
by Ramanchandra Guha [available from the libraries only in e-audio format]

God Save Texas: A Journey Into the Soul of the Lone Star State
by Lawrence Wright [917.64 Wri]

How to Change Your Mind: What the New Science of Psychedelics Teaches Us About Consciousness, Dying, Addiction, Depression, and Transcendence
by Michael Pollan [615.788 Pol]

Into the Raging Sea: Thirty-Three Mariners, One Megastorm, and the Sinking of El Faro
by Rachel Slade [available from the libraries only in electronic formats]

Looking for Lorraine: The Radiant and Radical Life of Lorraine Hansberry
by Imani Perry [Biography Hansberry]

No Ashes in the Fire: Coming of Age Black and Free in America
by Darnell L. Moore [Biography Moore]

No Turning Back: Life, Loss, and Hope in Wartime Syria
by Rania Abouzeid [956.91 Abo]

Patriot Number One: American Dreams in Chinatown
by Lauren Hilgers [not available in the libraries’ collection]

The Poison Squad: One Chemist’s Single-Minded Crusade for Food Safety at the Turn of the Twentieth Century
by Deborah Blum [Biography Wiley] 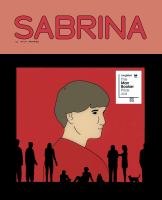 She Has Her Mother’s Laugh: The Powers, Perversions, and Potential of Heredity
by Carl Zimmer [576.5 Zim]

The Souls of Yellow Folk: Essays
by Wesley Yang [available from the libraries only in e-audio format]

The Tangled Tree: A Radical New History of Life
by David Quammen [591.3 Qua]

There Will Be No Miracles Here: A Memoir
by Casey Gerald [available from the libraries only in electronic formats]

These Truths: A History of the United States
by Jill Lepore [973 Lep]

We the Corporations: How American Businesses Won Their Civil Rights
by Adam Winkler [338.74 Win]

What the Eyes Don’t See: A Story of Crisis, Resistance, and Hope in an American City
by Mona Hanna-Attisha [615.9 Han]

Why Comics?: From Underground to Everywhere
by Hillary L. Chute [not available in the libraries’ collection]

Winners Take All: The Elite Charade of Changing the World
by Anand Giridharadas [303.409 Gir]