In a December 2013 issue of the New York Times Book Review, the editors included their list of the 100 most notable books released in 2013. This is that list, broken up into Fiction and Non-Fiction entries. All books in this list which are owned by Lincoln City Libraries are hotlinked to their entries in our library catalog, so that you may check on their current availability.

Titles not owned by the libraries are included in order to represent the complete list correctly. If you see a title on this list that is not hotlinked to our collection, please consider ordering it through our Interlibrary Loan department.

The Accursed
by Joyce Carol Oates

All That Is
by James Salter

Children Are Diamonds: An African-American Apocalypse
by Edward Hoagland

The Circle
by Dave Eggers

Claire of the Sea Light
by Edwidge Danticat

A Constellation of Vital Phenomenon
by Anthony Marra

The Dinner
by Herman Koch

The End of the Point
by Elizabeth Graver

The Flamethrowers
by Rachel Kushner

The Goldfinch
by Donna Tartt 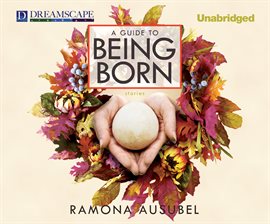 A Guide to Being Born: Stories
by Ramona Ausubel

Half the Kingdom
by Lore Segal

I Want to Show You More: Stories
by Jamie Quatro

The Impossible Lives of Greta Wells
by Andrew Sean Greer

The Infatuations
by Javier Marias

The Interestings
by Meg Wolitzer

Life After Life
by Kate Atkinson

The Lowland
by Jhumpa Lahiri

The Luminaries
by Eleanor Catton

A Marker to Measure Drift
by Alexander Maksik

Our Andromeda
by Brenda Shaughnessy

The Signature of All Things
by Elizabeth Gilbert

Someone
by Alice McDermott

The Son
by Phillipp Meyer

The Sound of Things Falling
by Juan Gabriel Vasquez

The Twelve Tribes of Hattie
by Ayana Mathis

The Valley of Amazement
by Amy Tan

Want Not
by Jonathan Miles

We Are All Completely Beside Ourselves
by Karen Joy Fowler

Woke Up Lonely
by Fiona Manzel

The Woman Upstairs
by Claire Messud

After the Music Stopped: The Financial Crisis, the Response, and the Work Ahead
by Alan S. Blinder [330.973 Bli]

The American Way of Poverty: How the Other Half Still Lives
by Sasha Abramsky [362.5 Abr]

The Barbarous Years: The Peopling of British North America: The Conflict of Civilizations, 1600-1675
by Bernard Ballyn

The Billionaire’s Apprentice: The Rise of the Indian-American Elite and the Fall of the Galleon Hedge Fund
by Anita Raghavan [ not in Lincoln City Libraries ]

Book of Ages: The Life and Opinions of Jane Franklin
by Jill Lepore [Biography Mecom]

Command and Control: Nuclear Weapons, the Damascus Accident, and the Illusion of Safety
by Eric Schlosser [363.17 Sch]

The Faraway Nearby
by Rebecca Solnit [Biography Solnit]

Five Days at Memorial: Life and Death in a Storm-Ravaged Hospital
by Sheri Fink [362.11 Fin]

Going Clear: Scientology, Hollywood, and the Prison of Belief
by Lawrence Wright [299.936 Wri]

The Heir Apparent: A Life of Edward VII, the Playboy Prince
by Jane Ridley

Jonathan Swift: His Life and His World
by Leo Damrosch [ not in Lincoln City Libraries ]

Lawrence in Arabia: War, Deceit, Imperial Folly and the Making of the Modern Middle East
by Scott Anderson [940.41 And]

Lean In: Women, Work and the Will to Lead
by Sheryl Sandberg with Neil Scovell [Biography Sandberg]

Manson: The Life and Times of Charles Manson
by Jeff Guinn [Biography Manson]

Men We Reaped: A Memoir
by Jesmyn Ward [Biography Ward]

Miss Anne in Harlam: The White Women of the Black Renaissance
by Carla Kaplan [700.92 Kap]

My Promised Land: The Triumph and Tragedy of Israel
by Ari Shavit [956.94 Sha]

The Riddle of the Labyrinth: The Quest to Crack an Ancient Code
by Margalit Fox

The Skies Belong to Us: Love and Terror in the Golden Age of Hijacking
by Brendon L. Koerner [364.155 Koe]

The Smartest Kids in the World: And How They Got That Way
by Amanda Ripley [370.9 Rip]

The Third Coast: When Chicago Built the American Dream
by Thomas Dyja [977.311 Dyj]

This Town – Two Parties and a Funeral – Plus Plenty of Valet Parkin – in America’s Gilded Capital
by Mark Leibovich [975.3 Lei]

To Save Everything, Click Here: The Folly of Technological Solutionism
by Evgeny Morozov [ not in Lincoln City Libraries ]

To the End of June: The Intimate Life of American Foster Care
by Cris Beam [362.733 Bea]

Unthinkable: Iran, the Bomb and American Strategy
by Kenneth M. Pollack [ not in Lincoln City Libraries ]

The Unwinding: An Inner History of the New America
by George Packer [973.924 Pac]

Wild Ones: A Sometimes Dismaying, Weirdly Reassuring Story About Looking at People Looking at Animals in America
by Jon Mooallem [333.952 Moo]