Lincoln’s “Star City Pride Festival – Rise Up!” was held June 7th and 8th, 2019, in part to commemorate the 50th anniversary of the Stonewall Riots/Rebellion/Revolution that occured in late June 1969, and also in part because June has been designated as Pride Month. The Lincoln City Libraries had a popular booth at the festival, for which several reading recommendation lists were prepared — LGBTQ-themed reads in the categories of Adult Fiction, Memoirs, Mysteries, Science Fiction, Young Adult Fantasy and Young Adult Fiction. Those handouts proved to be popular, and we had requests to make them available online.

Here are copies of all six Rainbow Reads booklists, available in digital form:

Rainbow Reads: Combined (all six above lists combined into a single document)

Be aware that there are two library book groups discussing LGBTQ literature at the downtown library — one is an ongoing monthly group, and the other is a temporary book group that’s meeting throughout the summer of 2019.

Let’s Get Books Together is an adult book group that meets on the 2nd floor at the Bennett Martin Public Library, the 2nd Wednesday evening of each month. [Click the link to see the upcoming schedule]

LIT – LGBTQ Inclusive Teen Book Club – is a teen book group that meets in the canTEEN public room on the 1st floor of Bennett Martin Public Library on the dates listed below. 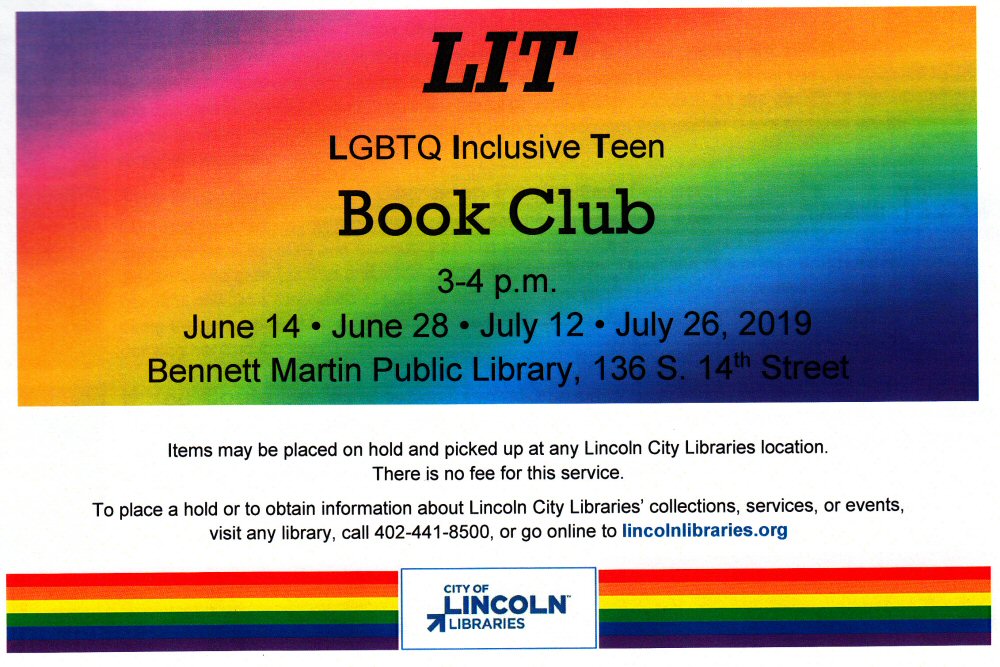