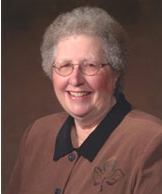 Our premiere Guest Reviewer [June 2006] is Lincoln Mayor Coleen J. Seng. Coleen Seng was elected the City of Lincoln’s 50th Mayor on May 6, 2003 and was sworn in May 19. The Mayor serves a four-year term. From 1987 to 2003, Coleen served on the Lincoln City Council representing the northeast district. During those 16 years, she helped to improve communication between the City and businesses in her district by forming the Northeast Lincoln Large Employer Group. She maintained contact with citizens in her district through her monthly citizens’ meetings.As a member of the City Council, Coleen represented the City on many boards, commissions and task forces. She was a member of the Mayor’s first Multi-Cultural Task Force, Co-Chair of Governor Ben Nelson’s Urban Advisory Team, Chair of Railroad Transportation Safety District, and Chair of the Joint Budget Committee. As a City Council member, Coleen was recognized in the annual KFOR Radio survey as one of the best City Council members. She also received the Tribute to Women Award from the YWCA; the Citizen of the Year Award from the Northeast Lincoln Kiwanis Club; the Woman of the Year Award from the Axis Business and Professional Women’s Club, Inc.; the Outstanding Citizen Award from the Lincoln Northeast Rotary Club; and the Mayor’s Neighborhood Roundtable Founder’s Award.

Coleen was born in Council Bluffs, Iowa. She grew up in Fremont, Nebraska, where her parents owned a welding, machine shop and repair business. Coleen graduated from high school in 1954 and went on to Nebraska Wesleyan University in Lincoln in the fall of that same year. At Wesleyan, she graduated in 1958 with Bachelor of Arts degrees in political science and sociology.

Coleen has lived, worked, and raised a family in Lincoln for more than 40 years. During this time, the focus of her involvement and leadership has been to make sure individuals have a voice in decisions affecting their own lives. She remains active in numerous social and civic organizations, and in her moments of spare time, she still manages to slip a book or two into her schedule. When we asked her to be our first Celebrity Book Reviewer in BookGuide Bulletin, she happily agreed, and sent us the following:

“For this first review I chose a Dorothy Sayers mystery. All her books are mysteries, and they are excellent! I read all of them many years ago, reread them at a later time, and now they are being reissued. The same Lord Peter Wimsey is still the dapper, English sleuth at work as always. Such a detective!

Unnatural Death (a.k.a. The Dawson Pedigree) was written in the early 1900s, copyrighted again in 1955, printed in the United States and has been in the Lincoln Public Library systems since at least 1968.

When beginning to read a Dorothy Sayers detective story, slow yourself down, move your mind into the English countryside, hear the British terminology and enjoy Lord Peter. Happy reading!”