If You Like Louise Penny’s “Inspector Gamache” series… (a.k.a. the “Three Pines series”)
Try These Authors/Titles/Series

Canadian author Louise Penny published her first book featuring Armand Gamache and the setting of Three Pines, in 2005 — Still Life. Since then, she has averaged one new Gamache novel per year. Penny has been nominated for, or has won, nearly every mystery-related literary award, some of them many times over — Agatha, Anthony, Barry, Dilys, Macavity and Dagger. In fact, she started her publishing career by submitting Still Life into the Debut Dagger competition in the U.K., where it took second place out of 800 entries.

The books in the Gamache series are traditional classic mysteries, patterned in the classic British mystery style, with a very strong sense of place — whether that be the Canadian village of Three Pines, where many of them are set, or any of the other locations that Chief Inspector Gamache is called to. There is a core group of recurring characters, both with Gamache and his fellow detectives, and in the town of Three Pines. The relationships among all of these are constantly evolving over the course of, and for many readers, one of the greatest pleasures in reading this series is picking up with the lives of these beloved characters.

Penny’s husband, Michael, who was (in part) the inspiration for Inspector Gamache, passed away from Alzheimer’s-related ailments in 2016. Louise was Michael’s primary caretaker, and reader have noted that the Gamache series has taken a slightly darker turn since around 2011 or 2012. This is definitely a series to read in order, due to the changes in character relationships and career developments. But readers new to the series should be aware that the tone changes as time progresses.

If this type of classic mystery, in which the location and/or character growth is sometimes even more important than the main plot, appeals to you, you might wish to sample some of the the authors and/or series listed below. In all but one case below, the title (and cover) listed is for the first book in the series mentioned — the one exception is Martha Grime’s Richard Jury series, of which the libraries do not have the first book. The author names (or titles) in the list below are hotlinked to their holdings in our catalog, so that you may check on the availability of their titles in print, audio or downloadable formats.

Be aware that a straight-to-DVD movie was made from the first Gamache novel, Still Life, starring Nathaniel Parker as Gamache, in 2013. Most fans don’t consider it a very accurate adaptation of any of Penny’s characters. However, a new series is in production, Three Pines, with Alfred Molina starring as Gamache, and fans are eagerly anticipating that series’ arrival later in 2023 on the Amazon Prime streaming service. (See the Wikipedia page for Three Pines.) In the meantime, you can check out the existing movie here: 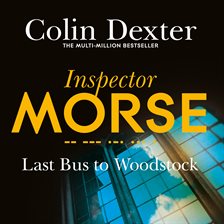 Cover Her Face
or others in the Adam Dalgliesh novels of P.D. James 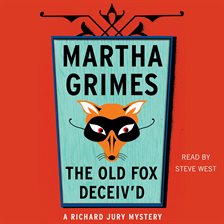 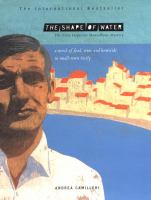 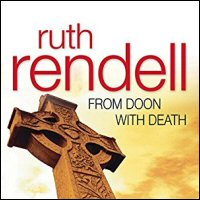 Bluebird, Bluebird
or others in the Highway 59 series by Attica Locke