If You Like “The Handmaid’s Tale”…
Try These Authors/Titles

The Handmaid’s Tale was a 1985 futuristic dystopian novel, by Canadian author Margaret Atwood. It is set in a near-future New England, in a strongly patriarchal, white supremacist, totalitarian theonomic/theocratic state, known as the Republic of Gilead, which has violently overthrown the United States government. The central character and narrator is a woman named Offred, one of the group known as “handmaids”, who are forcibly assigned to produce children for the “commanders” — the ruling class of men in Gilead, after environmental and medical disasters have generally reduced fertility rates across the population.

The Handmaid’s Tale explores themes of subjugated women in a patriarchal and/or religion-controlled society, loss of female agency and individuality, suppression of women’s reproductive rights, and the various means by which women resist and attempt to regain individuality and independence. The novel’s title echoes the individual parts of Geoffrey Chaucer’s The Canterbury Tales, which was written as a series of connected stories (such as “The Merchant’s Tale” and “The Parson’s Tale”). It is also a nod to the literary tradition of fairy tales where the central character tells her story.

The Handmaid’s Tale won the 1985 Governor General’s Award and the first Arthur C. Clarke Award in 1987; it was also nominated for the 1986 Nebula Award, the 1986 Booker Prize, and the 1987 Prometheus Award. The book has been adapted into a 1990 film (starring Natasha Richardson, Faye Dunaway, Robert Duvall, Aidan Quinn and Elizabeth McGovern), a 2000 opera, a 2017 television series (starring Elizabeth Moss, Joseph Fiennes, Yvonne Strahovski, Alexis Bledel and others), and other media.

A sequel novel, The Testaments, also by Atwood, was published in 2019, and is also being adapted for television.

The following books share similar traits with The Handmaid’s Tale, either in terms of plot, tone or style. None are exactly note-for-note like Atwood’s novel — most critics recommend reading Atwood’s other works, too — but if you were fascinated by what made The Handmaid’s Tale such an iconic novel, you may appreciate many of the other books on this list! The titles in the list below are hotlinked to their entries in our online catalog, so that you may check on their availability in print, audio or downloadable formats.

(Above description partially adapted from Wikipedia entry for the novel)

The TV adaptation of “The Handmaid’s Tale”:

The Handmaid’s Tale: Season One
by Margaret Atwood

A fifth season of this series is due to be released in the Fall of 2022.

The Testaments
by Margaret Atwood

The Year of the Flood

The Power
by Naomi Alderman

The XY (a.k.a. Who Runs the World?)
by Virginia Bergin

The Parable of the Sower
by Octavia Butler

The Hunger Games trilogy
by Suzanne Collins (YA)

Matched
by Allie Condie (YA)

The Man in the High Castle
by Philip K. Dick

Pet
by Akwaeke Emezi (YA)

Future Home of the Living God
by Louise Erdrich

The Jewel
by Amy Ewing (YA)

Children of Eden
by Joey Graceffa (YA)

There Eyes Were Watching God
by Zora Neale Hurston

The End We Start From
by Megan Hunter

Children of Men
by P.D. James

The Fifth Season
by N.K. Jemisin

When She Woke
by Hillary Jordan

An Excess Man
by Maggie Shen King (e-Book format only)

The Dispossessed
by Urusla LeGuin

The Left Hand of Darkness
by Ursula LeGuin

Gathering Blue
by Lois Lowry (YA)

The Water Cure
by Sophie MacIntosh

The Big Lie
by Julie Mayhew (YA)

The City and the City
by China Mieville 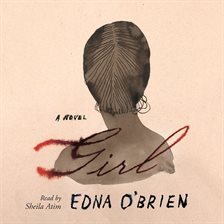 The Memory Police
by Yoko Ogawa

The Delirium Trilogy
by Lauren Oliver (YA)

Only Ever Yours
by Louise O’Neill (e-Book format only)

The Bees
by Laline Paull 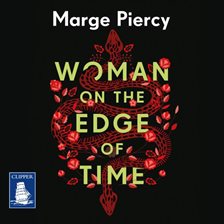 Woman on the Edge of Time
by Marge Piercy

The Farm
by Joanne Ramos

The Plot Against America
by Philip Roth 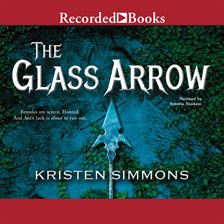 The Glass Arrow
by Kristen Simmons (e-Audiobook format only)

The Mother Code
by Carol Stivers

We
by Yevgeny Zamyatin