Every Saturday and Sunday morning issue of the Lincoln Journal Star newspaper includes the “The (402) 411” section. Included in that section of the paper each week are regular author profiles and book reviews, by both local reviewers and national review services. Due to the regular popularity of the titles reviewed in the paper, we’ve designed this page of the Lincoln City Libraries’ Web site as a simple listing of the books recently reviewed in the Lincoln Journal Star, with links into the library’s holdings for all the listed books which are currently in the collection. If a title below is not hotlinked, this is an indication that the library does not currently own that book, but you may consider requesting the title through the services of our Interlibrary Loan department, or suggesting that we purchase it via our on-line Suggest-a-Title form.

— Book by a Nebraska author

The Last Pass: Cousy, Russell, the Celtics, and What Matters in the End
by Gary Pomerantz

Non-Fiction – Pomerantz [Not currently owned by the Lincoln City Libraries]

On Desperate Ground: The Marines at the Reservoir: The Korean War’s Greatest Battle
by Hampton Sides

The Middleman
by Olen Steinhauser

Blood and Ivy: The 1849 Murder That Scandalized Harvard
by Paul Collins

Killing the SS: The Hunt for the Worst War Criminals in History
by Martin Dugard and Bill O’Reilly

The Last Temptation of Rick Pitino: A Story of Corruption, Scandal and the Big Business of College Basketball
by Michael Sokolove

The Dinosaur Artist: Obsession, Betrayal, and the Quest for Earth’s Ultimate Trophy
by Paige Williams

All You Can Ever Know
by Nicole Chung 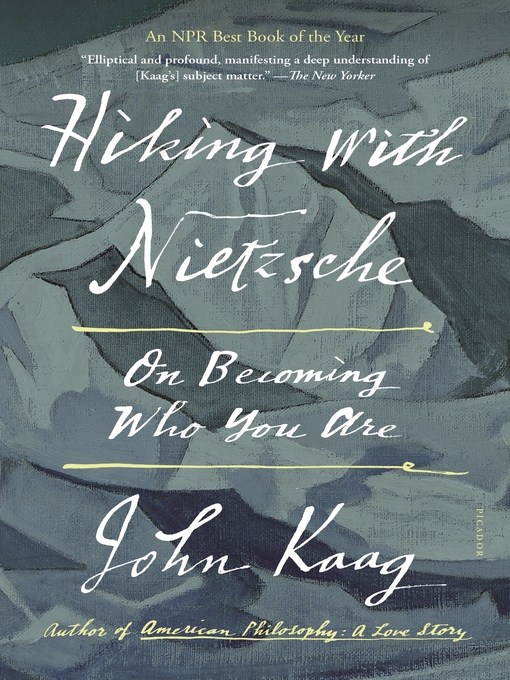 Hiking With Nietzsche: On Becoming Who You Are
by John Kaag

Billion Dollar Whale: The Man Who Fooled Wall Street, Hollywood, and the World
by Tom Wright and Bradley Hoper

Unbeaten: Rocky Marciano’s Fight for Perfection in a Crooked World
by Mike Stanton

The Last Time I Lied
by Riley Sager

The Man Who Walked Backward: An American Dreamer’s Search for Meaning in the Great Depression
by Ben Montgomery

Non-Fiction – Montgomery [Not currently owned by the Lincoln City Libraries]

Fly Girls: How Five Daring Women Defied All Odds and Made Aviation History
by Keith O’Brien

Homeplace: A Southern Town, a Country Legend and the Last Days of a Mountain-Top Honky Tonk
by John Lingan

A Carnival of Losses: Notes on Nearing Ninety
by Donald Hall

Non-Fiction – Atkins [Not currently owned by the Lincoln City Libraries]

The Sinners
by Ace Atkins

The Last Cruise
by Kate Christensen

Lincoln’s Pathfinder: John C. Fremont and the Violent Election of 1856
by John Bicknell

The President is Missing
by Bill Clinton and James Patterson

Courage in a White Coat
by Mary Schwaner

The Cloudbuster Nine: The Untold Story of Ted Williams and the Baseball Team That Helped Win World War II
by Anne R. Keene

The Killing Habit
by Mark Billingham

The Hush
by John Hart

Rebel: My Life Outside the Lines
by Nick Nolte

Quackery: A Brief History of the Worst Ways to Cure Everything
by Lydia Kang

The Only Story
by Julian Barnes

Books reviewed in May

The Feather Thief: Beauty, Obsesssion, and the National History Heist of the Century
by Kirk Wallace Johnson

Caddyshack: The Making of a Hollywood Cinderella Story
by Chris Nashawaty

The Deceivers
by Alex Berenson

The Fallen
by David Baldacci

The Woman in the Moon
by Marjorie Saiser

Voices From the Plains: A Literary Anthology
by the members of The Nebraska Writers Guild

Space Odyssey: Stanley Kubrick, Arthur C. Clarke, and the Making of a Masterpiece
by Michael Benson

To the Edges of the Earth: 1909, the Race for the Three Poles, and the Climax of the Age of Exploration
by Edward J. Larson

Rocket Men: The Daring Odyssey of Apollo 8 and the Astronauts Who Made Man’s First Journey to the Moon
by Robert Kurson

Making the Monster: The Science Behind Mary Shelley’s Frankenstein
by Kathryn Harkup

Non-Fiction – Harkup [Not currently owned by the Lincoln City Libraries]

The Balcony
by Jane Delury

The Man Who Caught the Storm: The Life of Legendary Tornado Chaser Tim Samaras
by Brentley Hargrove

The Monk of Mokha
by Dave Eggers

A Place Called Waco: A Survivor’s Story
by David Thibodeau

Down the River Unto the Sea
by Walter Mosley

A Force So Swift: Mao, Truman, and the Birth of Modern China
by Kevin Peraino

Non-Fiction – Peraino [Not currently owned by the Lincoln City Libraries]

The Winter Station
by Jodi Shields

In Pursuit of Memory: The Fight Against Alzheimer’s
by Joseph Jebelli

Where the Ashes Are: The Odyssey of a Vietnamese Family
by Nguyen Qui Duc [library owns original 1994 edition of this newly reprinted title] 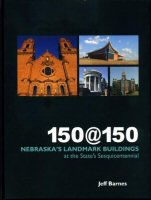 The Black Painting
by Neil Olson

The Chalk Man
by C.J. Tudor

Hank and Jim: The 50-Year Friendship of Henry Fonda and James Stewart
by Scott Eyman

Read Becky W.C.’s review of Hank and Jim in the August 2018 Staff Recommendations here on BookGuide

The Wanted
by Robert Crais

A Rift in the Earth: Art, Memory, and the Fight for a Vietnam Memorial
by James Reston Jr.

Past Years: Click here to return to the current year’s reviews page and an ongoing index to previous years’ listings

— Book by a Nebraska author