The following is a listing of books discussed on episodes of All About Books during 2014. Episodes of All About Books are also available to be downloaded as audio Podcasts, via iTunes and various other web sources. All books owned by Lincoln City Libraries are hotlinked to their entries in our library catalog, so that you may check on their current availability. If you see a title on this list that is not hotlinked to our collection, please consider suggesting it as a purchase via our Suggest-a-Title online form, or ordering it through our Interlibrary Loan department.

Charles Stephen looks back at 2014 and selects his favorite books in various categories like biography, fiction, history and science. A handy list for book-lovers at gift-giving season

Additional Participants: Guest reader Mary Pipher of Lincoln picks up books she last read as a teenager. Her return to a neighborhood in Brooklyn, the small town of Maycomb Alabama and an attic hiding place in Amsterdam reminded her of the power of seeing the world through young eyes

Title Discussed: The Immortal Evening: a Legendary Dinner with Keats, Wordsworth and Lamb
by Stanley Plumly

Title Discussed: South Pass: Gateway to a Continent
by Will Bagley

Title Discussed: Books That Cook: The Making of a Literary Meal
by Melissa Goldthwaite and Jennifer Cognard-Black

Additional Participants: Guest reader Mandy Gray shares her experience of feeling like an outsider. How reading about another person’s experiences in a foreign country can be very different from yours

Title Discussed: Where China Meets India: Burma and the New Crossroads of Asia
by Thant Myint-U

Additional Participants: Guest reader Sydney Kohl is a middle school student and one of the Nebraska winners in the annual “Letters About Literature” contest. She’ll share her work that made it to the national short-list of outstanding young writers

Title Discussed: But Enough About You: Essays
by Christopher Buckley

Title Discussed: The Little Girl Who Fought the Great Depression
by John Kasson

Title Discussed: The Twelfth Victim: the Innocence of Caril Fugate in the Starkweather Murder Rampage
by Linda M. Battisti and John Stevens Berry

Title Discussed: D-Day: Illustrated Edition
by Stephen Ambrose [libraries own only the original 1994 edition, not this illustrated edition]

Additional Participants: Clay Naff on books changing your view of the world. 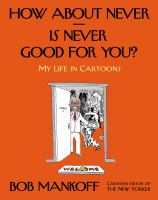 Title Discussed: How About Never? Is Never Good For You? My Life in Cartoons
by Bob Mankoff

Additional Participants: Kwakiutl Dreher on rethinking the music of your past.

Title Discussed: An Idea Whose Time Has Come
by Todd Purdom 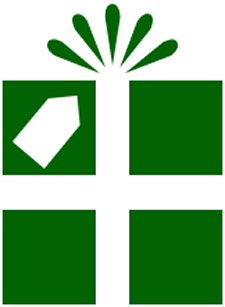 Additional Participants: Aja Martin — Giving a book to a child is for many families an act so common most wouldn’t think twice about it. But Aja Martin explains how the gift of books to a child can in fact have a profound impact on their lives.

Title Discussed: The Faraway Nearby
by Rebecca Solnit [Biography Solnit]

Title Discussed: And Short the Season
by Maxine Kumin

Title Discussed: Poetry of Witness: The Tradition in English, 1500-2001
edited by Carolyn Forche and Duncan Wu

Title Discussed: Sorry!: The English and Their Manners
by Henry Hitchings

Title Discussed: The Meaning of Names
by Karen Gettert Shoemaker

Title Discussed: Under the Wide and Starry Sky
by Nancy Horan

Title Discussed: Jonathan Swift: His Life and His World
by Leo Damrosch

Title Discussed: Love in a Headscarf
by Shelina Jammohamed

Title Discussed: The Last Days of the Rainbelt
by David Wishart [978.032 Wis]

Title Discussed: Bernard Berenson: A Life in the Picture Trade
by Rachel Cohen