The following is a listing of books discussed on episodes of All About Books during 2015. Episodes of All About Books are also available to be downloaded as audio Podcasts, via iTunes and various other web sources. All books owned by Lincoln City Libraries are hotlinked to their entries in our library catalog, so that you may check on their current availability. If you see a title on this list that is not hotlinked to our collection, please consider suggesting it as a purchase via our Suggest-a-Title online form, or ordering it through our Interlibrary Loan department.

Host Pat Leach tells how a special book, passed down several generations, comes alive each Christmas when family gather together to read to each other.

Title Discussed: Birth of the Pill: How Four Crusaders Reinvented Sex and Launched a Revolution
by Jonathan Eig

Title Discussed: “Good Books for Giving”; a selection of books for children and adults just in time for the holidays
by AUTHOR 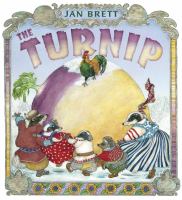 Title Discussed: The Narrow Road to the Deep North
by Richard Flanagan

Title Discussed: The Most Dangerous Book: The Battle for James Joyce’s Ulysses
by Kevin Birmingham

Title Discussed: In Cold Storage: Sex and Murder on the Plains
by Jim Hewitt 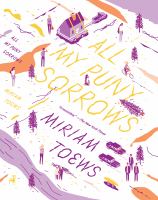 Title Discussed: All My Puny Sorrows
by Miriam Toews

“Letters About Literature” is a nation-wide contest open to school-aged writers who compose a letter to any author whose work is important to them. Pat Leach welcomes Ashely Xiques, one of the 2015 Nebraska winners, who will share the winning work and her personal story behind it.

The new regular host of All About Books, Pat Leach, talks with Pete Allman, author of several books dealing with life lessons with a focus on uniting the human and spiritual natures of people.

Title Discussed: Missoula: Rape and the Justice System in a College Town
by Jon Krakauer

Title Discussed: Princes at War
by Deborah Cadbury [Libraries own only as a downloadable audiobook via our Hoopla digital service]

Title Discussed: Between You and Me: Confessions of a Comma Queen
by Mary Norris

Titles Discussed: Some of the Pulitzer Prize winners this year.

Title Discussed: All the Light We Cannot See
by Anthony Doerr

Title Discussed: This Changes Everything: Capitalism and the Climate
by Naomi Klein 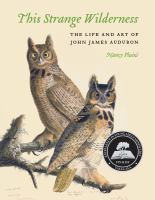 Title Discussed: This Strange Wilderness: The Life and Art of John James Audubon”
by Nancy Plain

Title Discussed: The Laws of Murder
by Charles Finch

Title Discussed: Devil in a Blue Dress
by Walter Mosley

Title Discussed: Gateway to Freedom: the Hidden History of the Underground Railroad
by Eric Foner

Title Discussed: Etta and Otto and Russell and James
by Emma Hooper

Title Discussed: John Marshall
by Harlow Giles Unger [Libraries own only as a downloadable audiobook via our Hoopla digital service]

UNL Professor of English and Editor of the Prairie Schooner, Kwame Dawes recounts how studying the works of a poet far removed from his own world, inspired him to his career and helped reconcile questions he had about art and faith.

Title Discussed: Why Homer Matters
by Adam Nicholson [Libraries own only as a downloadable audiobook via our Hoopla digital service]

Title Discussed: Claire of the Sea Light
by Edwidge Dandicat

Title Discussed: Year Zero: A History of 1945
by Ian Buruma